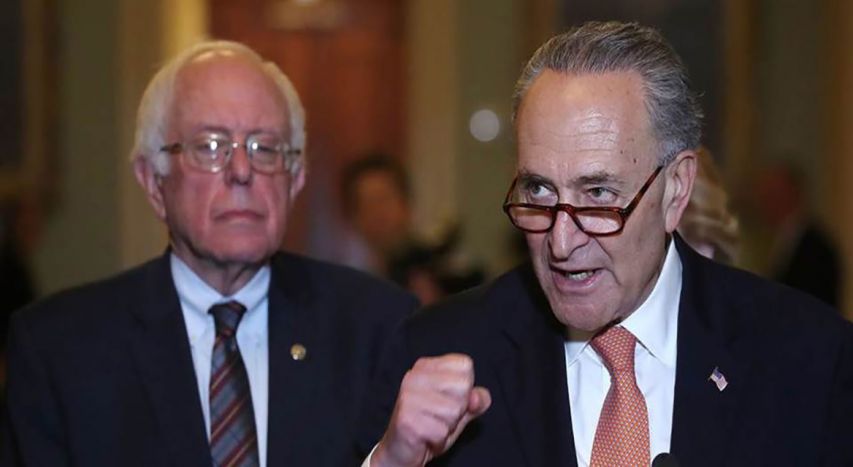 Stock Buybacks Are the Wrong Target

Michael Spence, Advisory Board Co-Chair of Asia Global Institute, argues that limiting companies' purchases of their own shares will not address economic inequality.

MILAN – The surge in stock buybacks in the United States has sparked a high-stakes debate about what corporations can and should do with surpluses they have generated. It is a topic that raises fundamental questions about the role of the public and private sectors in securing inclusive growth patterns.

The debate kicked into high gear recently when US Senators Bernie Sanders and Chuck Schumer wrote an article arguing that corporations should be investing more in employees and the community, rather than buying back stock. They then declared their intention to introduce legislation that would prohibit corporations from buying back their own stock unless they invest in workers first, say, by raising their minimum wage to $15 per hour or offering paid sick leave.

Sanders and Schumer – and many others – are concerned that surpluses or rents are being allocated entirely to shareholders, who tend already to be among the top 10% of income earners. At a time of rising inequality and stagnant wages, investing more of that money in lower-earning workers seems a better option than lavishing more wealth on the wealthy.

But Benn Steil and Benjamin Della Rocca from the Council on Foreign Relations have serious reservations about the logic of Sanders and Schumer’s argument. Based on data showing that buybacks are larger among firms with lower rates of return on capital, they concluded that the capital markets are functioning properly, because the money being returned to investors eventually ends up in higher-return investments. If the government tries to block share buybacks, they argue, corporations are likely to respond by parking the cash in treasuries, thereby recycling capital through an inferior channel.

The practice of recycling capital from low-return uses to other low-return uses – such as through bank lending to troubled enterprises, in order to prevent write-downs and resolve capital-adequacy issues – emerges in periods of financial stress. But it is known to have serious adverse effects on productive investment, because it reduces credit support for healthy enterprises with real growth potential.

There is, however, a more fundamental issue at stake here. Sanders and Schumer seem to want to push publicly traded corporations and capital markets to move faster and more aggressively toward a multi-stakeholder model of corporate governance, rather than the long-dominant shareholder-value model.

There is much to be said for the multi-stakeholder model, and some corporations are already moving toward it. But using legislation to force the change may turn out to be neither practical nor effective. It certainly won’t solve the problem of wealth inequality. After all, even in a multi-stakeholder world, shareholders are among the stakeholders.

Achieving inclusive and sustainable growth patterns will require corporations and the financial sector to align their business models and strategies more closely with broadly shared economic and social objectives. This process will be an exercise in creativity. It must begin with values and clarity of purpose (as BlackRock’s Larry Fink has emphasized), and proceed via experimentation and innovation. Multidimensional measures of economic and social progress, which are already being developed, will go a long way toward supporting such action.

International experience strongly suggests that this process goes most smoothly when business, the financial sector, government, labor, and the education sector all participate. Indeed, without the engagement of the business and financial sectors, barriers to inclusive, sustainable growth will be difficult, if not impossible, to overcome.

Imposing the multi-stakeholder model of corporate governance, or pieces of it, by regulation would sabotage such cooperation. By sending the signal that adverse trends in distribution can be laid mostly at the doorstep of the corporate and financial sectors, this approach promotes an adversarial relationship between government and business. Whatever the political advantages of vilifying a particular sector, they are dwarfed by the disadvantages of blocking effective partnerships that, say, facilitate skills upgrading in a rapidly shifting employment landscape.

To meet the twin challenges of rising wealth and income inequality and a rapidly shifting labor market, government must act as a coordinator of collaborative efforts and partnerships: participants will be willing to make greater contributions if they are confident that complementary inputs are forthcoming. Income support – of the kind that only government can provide – is also vital to give people and families the resources, time, and security to invest in themselves.

When it comes to altering the wealth distribution, the tax system is best suited to the task, assuming that a consensus is forged to use it that way. Many economists (including me) believe that a minimum wage of $15 per hour is a good idea. If there is enough political support, it should be legislated; it should not be slipped in through the back door. To alter the distribution of income, the tax system could also be used, along with measures to bolster the bargaining power of labor.

True, some versions of the multi-stakeholder framework of corporate governance may enhance labor’s influence and help shift the income distribution in the longer term. To be effective, however, the model would need to be implemented as part of a voluntary, cooperative, adaptive learning process. Micromanaging that process would create rigidities in what must be a highly dynamic environment.

The good news is that in every sector, people and organizations – including governments – are engaged in cooperative efforts. And there is useful experience in a range of developed democracies. These “coalitions of the willing” are solving practical problems and rebuilding a sense of social cohesion. But there is a long way to go. Ever-deepening collaboration, not political antagonism, is what will get us there.

This article first appeared in Project Syndicate on February 26, 2019. The views expressed in the reports featured are the author’s own and do not necessarily reflect Asia Global Institute’s editorial policy.