The world has just marked the 10th anniversary of the global financial crisis. Have we learned from the lessons of the past?

August 9, 2017, is the tenth anniversary of the decision by the French bank BNP Paribas to freeze some $2.2 billion worth of money-market funds. Those of us who were active in financial markets at the time remember that event as the beginning of the worst global financial crisis since the Great Depression.

Many economists and financial observers argue that we are still living with the consequences of that crisis, and with the forces that incited it. This is partly true. Many developed economies still have in place unconventional monetary policies such as quantitative easing, and both productivity and real (inflation-adjusted) wage growth appear to be mostly stagnant.

But it is important to put these developments in perspective. Many people, including the Queen of England in November 2008, still ask: "Why did no one see it coming?" In fact, many financial observers did warn that housing prices in the United States were rising untenably, especially given the lack of domestic personal savings among US consumers.

This article by Jim O'Neill first appeared in Project Syndicate on August 8, 2016. The views expressed in the reports featured are the author's own and do not necessarily reflect Asia Global Institute's editorial policy. 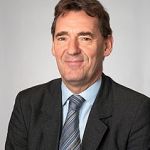