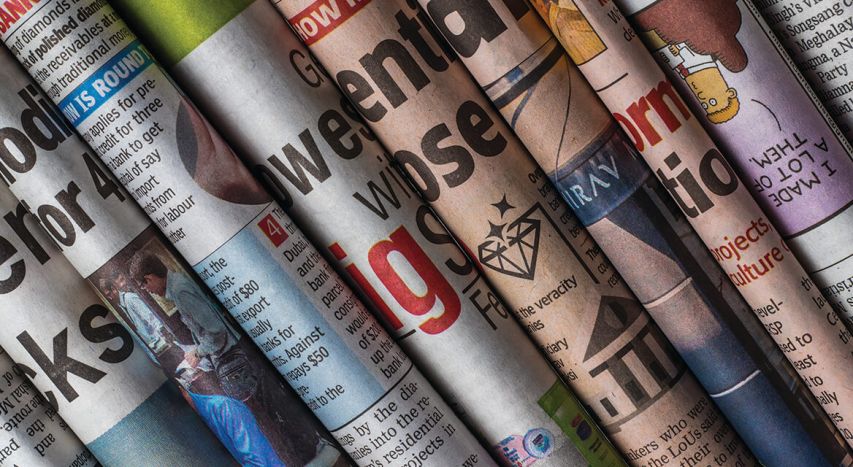 In his article to Asia News Network, Andrew Sheng argues that we have entered a phase when we can no longer trust what information we receive is fake news or not and whether the provider of the information is trustworthy or not. This is clearly the age not of information but of anger. As a result of financial capitalism, huge inequalities have been allowed to fester, breaking down rational discourse, engendering distrust of the establishment and old order, and pushing hate and divisions. Should we allow social media to turbo-charge this process, not of healing but polarization? For even reputable channels such as the BBC to start glorifying actions when school children throw petrol bombs, beat up policemen and anyone who they think stand in their way, one wonders whether fake news has truly won.

We live in an information age, or more likely, a disinformation age.   Growing up in a world that worships technology and knowledge, we have now entered a phase when we no longer are able to trust what information we receive is fake news or not.  Worse, we don’t know whether the provider of the information is trustworthy or not.

Fake news has many definitions.  Basically, fake news are manufactured with an intent to   mislead, damage someone or to attract attention to a cause, and gain either financially, politically or higher media attention.  Such information could be outright sensational, partial, incomplete, provocative, false or fabricated, with some journalists even paying for leaks or gossips.  Today’s fake news also include tampered photographs and videos, or encouraging people to “act” in front of the cameras.

Up until the 1970s, when print media and television dominated the distribution of information, media could be trusted to give balanced views, setting out different sides of the argument to enable the reader to judge what is correct. Newspapers and television channels were rich enough to finance investigative journalism in uncovering the “truth”.

But with the arrival of digital information, these traditional channels lost advertising revenue to social media, so the quality of journalism deteriorated, and in order to attract attention, newspaper and television content became more and more sensational, as well as more biased to one side.

The battle over readership also affected social media, where the value (advertising revenue) of the media outlets depends on their ability to attract viewers and readers.

How important is fake news?  When you click “fake news” in Google search, you get 1.48 billion results, versus 380 million for “Jesus Christ”.  Trump gets 2 billion, which goes to show how successful he is in social media.

Is fake news damaging and should it be regulated?

Canadian think-tank Centre for International Governance and Innovation (CIGI) conducted an online survey in 25 countries on Internet Security and Trust and found that Facebook was the most commonly cited source of fake news, with 77% of Facebook users saying they had personally seen fake news there, followed by 62% of Twitter users and 74% of social media users in general.

The vast majority think that fake news is made worse by the internet, with negative impact on their economy and worsened polarization of views.

Significantly, one-third (35%) pointed to the United States as the country most responsible for the disruptive effect of fake news in their country, trailed significantly by Russia (12%) and China (9%).

There are clearly lots of bad online trolls & social media platforms who act to spread fake news, but it is very difficult to agree on who should regulate fake news and decide what is fake or not.  Some people believe in self-policing by the social media platforms, but others want governments to be involved, but are also wary of censorship.

My own view is the apparently spontaneous protests in Hong Kong, Barcelona, Santiago, France, Indonesia and in the Middle East are clearly associated with the rapid spread of social media, including the tools to protest, organize and riot.   What is particularly disturbing is the huge divide of opinions, including violent action to stop the other party from presenting their points of view.  The opposing view is often labelled fake news with  even the courts being questioned if they rule against the prevalent views.

Is free speech turbo-charged by social media promoting hate and divisions that increasingly verge on violence and social breakdown?

Australian philosopher Tim Dean has recently questioned whether free speech has failed us?

As he rightly points out, “Free speech is not an absolute good; it is not an end unto itself. Free speech is an instrumental good, one that promotes a higher good: seeking the truth.”   The real problem is that if we do not have facts, we cannot have rational debate on what is truth.

As Professor Dean says, “free speech only fulfils its truth-seeking function when all agents are speaking in good faith: when they all agree that the truth is the goal of the conversation, that the facts matter, that there are certain standards of evidence and argumentation that are admissible, that speakers have a duty to be open to criticism.”   If however, one side blocks out the opposing view through intimidation, insults, threats, violent action and the wilful spread of misinformation, then civil discourse disappears, as does the rule of law.

This is clearly the age not of information but of anger.   As a result of financial capitalism, huge inequalities have been allowed to fester, breaking down rational discourse, engendering distrust of the establishment and old order, and pushing hate and divisions.

Should we allow social media to turbo-charge this process, not of healing but polarization?

The Singaporean government has taken the bold step of regulating fake news through the Protection from Online Falsehoods and Manipulation Act (Pofma), which came into effect this month.  Under the act, the Singapore government can take action on false information on the Internet, either ordering that it be taken down, corrected or

order technology companies to block accounts that are spreading untruths.

A wise friend told me that we are actually living in a fractured generational divide.   The old wants to maintain the old order of stability. The young thinks that this is rigged against them and want to change the system that they will inherit.   But something is seriously wrong when school children think that it is right to throw petrol bombs and that it is cool to beat up policemen and anyone that they think stand in their way.

For even reputable channels such as the BBC to start glorifying such action, one wonders whether fake news has truly won.

This article first appeared in Eleven Myanmar on October 25, 2019. The views expressed in the reports featured are the author’s own and do not necessarily reflect Asia Global Institute’s editorial policy.