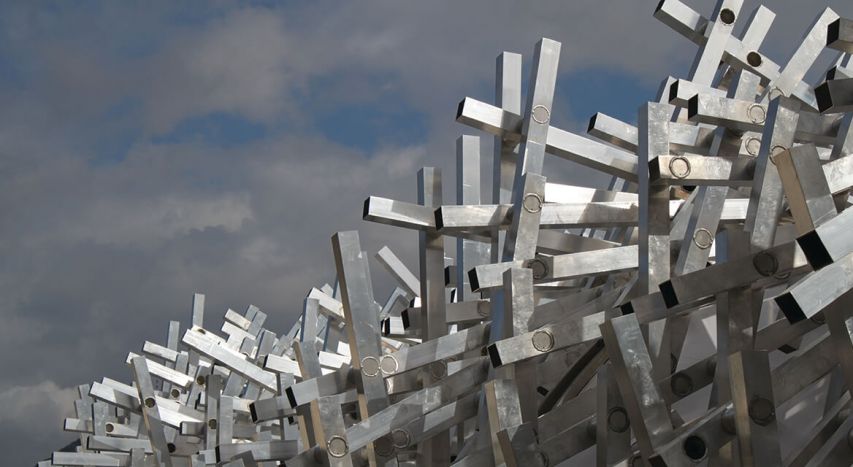 Condivergence: Execute or be executed

In his Converdivergence series in the Edge Malaysia, Andrew Sheng argues that we are in the current global mess because our paradigm (or world view) is obsolete in the face of the huge interconnected megatrends hitting us daily from geopolitics, technology, climate change, demography and inequality to migration and so on. He urges that we cannot wear 20th-century glasses or have a 20th-century mindset in confronting and managing 21st-century challenges. Rational thinking does not always work in an irrational world. But one thing is clear — governments must execute electoral promises to achieve stability and prosperity, or be executed.

One reason we are in the current global mess is that our paradigm (or world view) is obsolete in the face of the huge interconnected megatrends hitting us daily from geopolitics, technology, climate change, demography and inequality to migration and so on. We clearly cannot wear 20th-century glasses or have a 20th-century mindset in confronting and managing 21st-century challenges.

But even changing the paradigm does not solve the problems because policy objectives do not mean that they are translated into actual action on the ground. We can totally understand why citizens and netizens are hugely dissatisfied with politicians and businesses because they feel that the system is rigged against them. All they see are promises and feel little delivery on the ground. The legitimacy of any regime, therefore, is not about promises but accountability on whether they deliver effectively what they have promised.

When the populists talk about concepts like democracy, freedom, accountability and equality, they forget that these are abstract or high-level ideas that do not mean much on the ground where the stressed citizen is worried about his income despite working two jobs, has no food on the table and cannot pay school fees or the next medical bill. Thus, policy objectives are meaningless if they cannot be implemented or executed.

This is where our training as economists fails. Most theoretical models focus on the optimal or first-best policies, without understanding that the best cannot be delivered in reality. The real world is not optimal because there are many institutional constraints, vested interests and barriers to implementation.

Visions without execution are delusions. Announced policies without delivery will lead to huge voter disappointments. The best should never be the enemy of the good. The practical experience in most democracies is that if they can deliver three to four major policy objectives during an election cycle of five years, that would already be a good achievement. Harvard Prof Malcolm Sparrow (The Regulatory Craft, Brookings, 2000) has very good advice on the execution of any set of regulations: “Pick important problems, fix them, and tell everyone.”

Leaders need to understand that if you don’t fix the big barriers to change, the small problems just accumulate until they erupt in crises or you have a systemic meltdown. Solve the big issues and the details will take care of themselves. The rule of law is implemented by the application of common law from very low-level magistrates up to the Supreme Court. At the ground level, the magistrate courts deal with daily disputes and cases, which act like a vacuum cleaner. If these small problems and disputes are resolved at the grassroots level, it enables tougher problems to be escalated to High Courts and more complex big-principle issues to the Supreme Court to rule. Big people fix big issues.

But outside of the judiciary system, the civil service handles most cases of breaches of rules and regulations at an administrative level. Hence, administrative failures from incompetence to corruption are major reasons why the public is angry with the politicians if the civil service or any government agency does not respond to their concerns. Their complaints can vary from delays in getting simple licences to major issues of crime and law and order.

French political scientist Pierre Rosanvallon has observed that as life gets more complicated, there is a tendency for decision-making to be centralised into what he calls presidential democracy. Voters dissatisfied with daily life look for change, and they want someone very different from the establishment to fix their problems. This explains the emergence of populist leaders like Donald Trump and Boris Johnson. In Asia, leaders like Narendra Modi, Xi Jinping, Rodrigo Duterte and Joko Widodo all emerged not from the capital city establishment, but from the countryside.

Strong leaders emerge because they are seen not to preserve the status quo, but to deliver change. Thus, figuring out what the citizens want and care about is critical to mission success. What has become increasingly clear from the global political mess, often played out at the local levels, is that there is a big schism emerging between the rational and the emotional. The rational intellectual response of most elites is that they expect the government to do something about big conceptual ideas like inequality, freedom, justice, gender or diversity. The emotive politician is one that appeals to what disturbs the common person, such as religion, race, migrants, crime, jobs and basic insecurities. These are often tribal or in-group emotions against outsiders.

The neoliberal order thinks the world is converging through globalisation and universalism of ideas and knowledge. The new populist disorder pushes for divergence trends, protectionism and controls on migration, and emphasises us versus them. In the US, liberals are labelled socialists, while the far right pushes for even greater excesses, asking for power to fix what they consider to be grievances. Moderation is out of the window.

obvious than the financial markets. Capitalists who push the idea of free markets completely deny that the current financial markets are basically propped up by central bank quantitative easing (QE). All central bankers admit that QE works in practice, but they have no proper theory for it. QE is centralised decision-making without everyone understanding its long-term implications.

But many of the problems that create the social inequality are due to negative real interest rates generated by QE. It is as if the poor are financing the rich borrowers, especially in the advanced countries. And we all know that if interest rates were to rise in real terms, asset prices would deflate, but it would be the middle class and the poor who will suffer most from the asset deflation.

So the irony of the free market is that it is being propped up by central bank action. Central bank assets had reached US$30 trillion at the end of 2017, and there is a political push for them to expand their balance sheets even more, buying not just bonds, but also alternative assets like equity.

Quantitative easing is not a tool that most emerging markets have. We are therefore all victims of QE being applied by the advanced markets (the US, Europe and Japan) to keep their economies and financial markets afloat. Rational investors seeking value are scared stiff by the high market valuations, but are also worried sick about the world going into recession and whether further QE will actually work.

Markets, after all, work on the basis of greed and fear. Rational thinking does not always work in an irrational world. But one thing is clear — governments must execute electoral promises to achieve stability and prosperity, or be executed.

This article first appeared in The Edge Malaysia on October 24, 2019. The views expressed in the reports featured are the author’s own and do not necessarily reflect Asia Global Institute’s editorial policy.