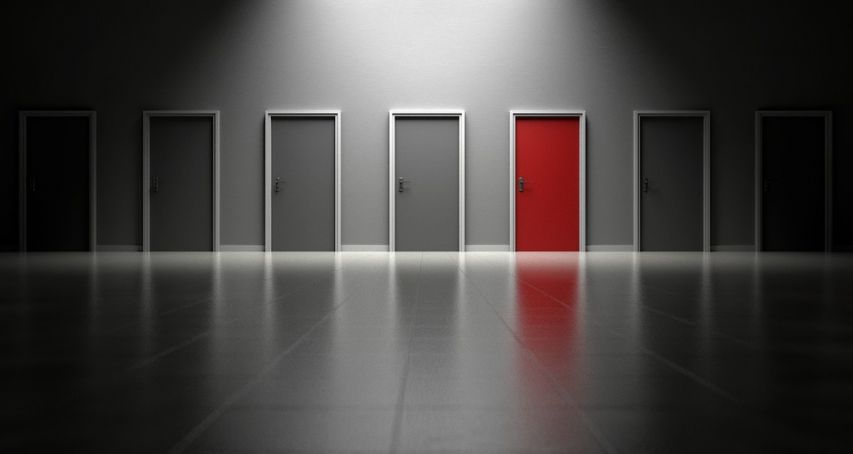 In his Convedivergence series, Andrew Sheng, Distinguished Fellow of Asia Global Institute, argues that the real “penta-lemma” that the whole world faces is how to square off people, planet and profits with two other Ps, namely politics and paradigms. These five factors are closely interrelated because it is the inability to deliver the first three - social equality, green living and good income - that politics has become toxic. We are living in a world where everything has become more complex and unpredictable. A new paradigm is urgently needed for a new age of technology, inequality and global warming.

Life gets more complicated when we face trilemmas — choosing between three or more difficult alternatives.

In economics, the Mundell-Fleming trilemma or impossible trinity is the most famous. This essentially says a country must choose between free capital mobility, exchange-rate policy and independent monetary policy. Of the three policy objectives, only two out of the three are possible. It is impossible to achieve all three at the same time.

This trilemma was formulated by Nobel Laureate Robert Mundell and International Monetary Fund economist Marcus Fleming, who together struggled with the policy choices in an era when the IMF was promoting free flow of capital. What they showed is that if you subscribe to free capital flow, you can control either the exchange rate or the interest rate but not both simultaneously. Your choice is two out of three, not all three.

In other words, like a currency board mechanism with total free flow of capital, such as that used by Hong Kong, you fix the exchange rate, but you cannot control the interest rate, which is determined by its link to the US dollar. In other words, Hong Kong cannot maintain a monetary policy independent of the US Federal Reserve’s monetary policy.

More recently, French economist Helene Rey argued that the Mundell-Fleming trilemma was actually more a policy dilemma or “irreconcilable duo”, meaning that independent monetary policies are possible if and only if the capital account is managed (NBER 2018).

Small wonder then that many countries choose to maintain exchange controls in the form of “macro prudential measures” that try to protect the financial system, which gives them some control over exchange rates or domestic interest rates. These are known as “dirty floats” or, more kindly, managed exchange rate stability.

But there is a larger and more complex trilemma than the Mundell-Fleming one — an “inescapable trilemma of the world economy” that was identified by Harvard professor Dani Rodrik. “It says democracy, national sovereignty and global economic integration are mutually incompatible; we can combine any two of the three but never have all three simultaneously and in full,” he said in 2007.

Basically, what Rodrik believes is that global economic integration (globalisation) actually reduces the power of national sovereignty because by allowing free capital flow and reducing tariffs to encourage free trade, the ability of national governments to exercise different policy choices becomes limited. This is exactly the dilemma of the EU because as the Common Market becomes more integrated, member nations lose their sovereignty to the European Commission in Brussels or the European Central Bank in Frankfurt.

Democracy (defined as the right to vote) then exacts a price because if member countries agree to maintain the euro (fixed exchange rate) and free flow of capital and labour within the EU, then the disaffected vote for change, thus causing either a swing to the right or outright departure from the EU (Brexit). So, even in a culturally homogenous community like Europe, integration is being pushed back. Right-wing populism is pushing back against the free flow of labour, especially immigrants.

Essentially, what a trilemma says is that there is no free lunch. In reality, we have to make very difficult trade-offs.

What is the greatest challenge we face in the world as a whole? In 2011, I was part of the National Economic Advisory Council (NEAC) to look at how Malaysia could achieve Vision 2020, namely attain advanced income status by 2020. The goal recommended was a triple vision of people, planet and profit, meaning social equality and justice for all people, green living and sustainable ecology for the planet and, of course, growth and profits. As the benchmark was gross domestic product (GDP), growth and profits were necessary to provide the resources to deal with inequalities and climate change.

Malaysia has never challenged the idea of globalisation because through open markets, its small economy has benefited from joining the global supply chain. With external trade at 129% of GDP, Malaysia is committed to globalisation and open trade.

The NEAC plan was not adopted because those who politically benefited from the old paradigm (New Economic Policy) resisted change to a new model.

This taught me that the real “penta-lemma” that the whole world faces is how to square off people, planet and profits with two other Ps, namely politics and paradigms. These five factors are closely interrelated because it is the inability to deliver the first three — social equality, green living and good income — that politics has become toxic. Very often, the planet has been sacrificed in the interest of arriving at a compromise between people (politics) or bad paradigms (faulty measure of the GDP that does not count resource depletion and pollution).

In short, if you cannot solve the paradigm or mindset that shapes politics, we cannot even begin to tackle the Rodrik trilemma.

Historically, we human beings have always sought leadership to pull us out of difficult social quandries. English political philosopher Thomas Hobbes (1588-1679) argued that man needs a social contract between the many and an absolute monarch — the Leviathan — who deals with the politics of man and God. The front piece of Hobbes’ book is a triptych, in which the King holds both a sword (to rule over man) and a crosier (to rule over religion) — a three-cornered trilemma.

The trilemma is real because there is a risk that an absolute monarch can end up as an autocrat without restraint. Politics is all about power and its checks and balances.

Climate ecologists know that global warming has many roots but the most fundamental dilemma is that carbon emissions and resource wastage come from individual and collective human consumption, but rules and regulations are national in nature. Then, at the global level, we collectively consume limited resources from One Earth but multiple national governments cannot agree how to limit consumption to reduce carbon dioxide emissions and resource depletion, including declining biodiversity.

We consume too much natural resources and pollute our water and air because the underlying paradigm of neo-classical economics, as interpreted by the neo-liberal order, suggests that everyone is free to consume without limit. This is facilitated by debt — you can consume more than you earn by borrowing: today’s consumption at tomorrow’s expense. The only trouble is that there is only One Earth and nearly eight billion people, growing to perhaps 11 billion by the end of the century, on it.

Climate scientists hope that there will be a global agreement, ideally a global Leviathan or central government to help restore balance. But because of geopolitical rivalry, we cannot achieve global government (even the EU cannot create a unitary European government with a consistent fiscal policy). Consequently, we must somehow try to achieve global cooperation on efforts to deal with the mutual threat of climate change, even as different nations compete with each other.

But we are going through a phase of grave uncertainty because the unipolar power (the US) is beginning to abandon its vision of multi-lateralism for a more self-interested protectionism and bilateral negotiations. The Trump Administration is known as a climate denier. In the TV documentary, The Years of Living Dangerously, National Geographic shows how farmers in sub-Saharan Africa can no longer live off the land due to climate warming from carbon emissions from the rest of the world. By the end of the century, it is estimated that 60 million Africans will migrate northwards to Europe.

It short, everything has become more complicated, complex and unpredictable. Europe and, indeed, every individual and nation must wake up to the threat of boiling climates and weather disasters. A new paradigm is urgently needed for a new age of technology, inequality and global warming.

This article appeared in The Edge Malaysia on June 14, 2019. The views expressed in the reports featured are the author’s own and do not necessarily reflect Asia Global Institute’s editorial policy.