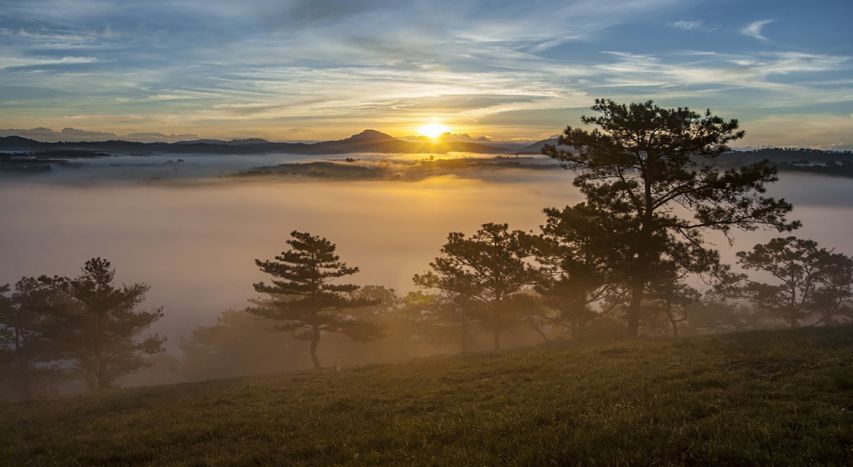 Asia Global Institute’s Distinguished Fellow Andrew Sheng argues that we are now in the era of cultural viral attacks. The US-China conflict is depicted in terms of a clash of civilisations to a conflict of political beliefs. What are the moral issues and who is right in this outcome? The fact that we have moved into completely uncharted waters means that there is no business as usual for individuals, communities, corporations or governments. And we need a zero-based re-think of our business models and strategic plans for the turbulent times ahead.

Under Pax Americana, neo-liberal free market philosophy was business-friendly because as long as the US provided the global security umbrella, the business of America was business. Businessmen did not have to worry about national security because the shadow price of such concerns was presumed zero. As long as you followed the multilateral rules, the risks of national security were negligible.

Since the global war against terrorism in 2001, the US began to use economic sanctions and financial transactions to stop the funding of terrorism and isolate countries that supported or instigated terrorism. But, essentially, the intervention in the Middle East was all about energy, since one-fifth of the world’s oil and gas flows through the Strait of Hormuz between Iran and the Gulf States. To ensure the free flow of goods and energy, the US navy patrols the world’s sea lanes. But if the US has become self-sufficient in oil and gas because of domestic shale oil discoveries, why would it continue to bear the cost of defending the energy sea lanes?

This explains why the US is beginning to renegotiate trade agreements with her trading partners, allies or rivals and to sanction any behaviour that threatens her dominant position. It also disrupts any business that gets caught in between the rivalry, because any corporation that is sanctioned for national security reasons, such as supplying components to the enemy , would become embroiled in lawsuits, reputational and business losses that are not calculable in terms of risk.

Business as usual is, therefore, not an option. The whole global supply chain that feeds the US and European consumer is being re-thought, but this will involve both short-term and long-term costs, with few upsides.

In the short term, companies will shift production out of China, with the Chinese factories feeding Chinese consumers. But diverting production into another country cannot avoid US sanctions against China because many sub-components may have to be imported (at least initially) from China. Furthermore, the cost of labour and relocation costs may not necessarily be cheaper than in China, because Chinese factories have cluster economies of scale. They have many sub-component factories located nearby, with well-trained workers who are used to working in the same field.

Furthermore, Chinese factories also enjoy superior logistical and transport infrastructure that took 40 years to build. It is not easy to get logistical support within Asean countries as existing industrial zones are already fairly crowded and it will take a while to build up such infrastructure.

Businesses that still supply the US or European markets also need to contend with the trend towards manufacturing within the consumer market itself. First, with more protectionism, more and more consumers are becoming nationalistic and are willing to pay more for “Proudly Made at home”. Second, digital printing, artificial intelligence, robotics and higher skilled workers mean that it is now possible to produce many more products locally than before.

Third, as more and more retaliatory tariffs are put in place, it will become viable to manufacture within closed markets. Fourth, in order to avoid using official currencies that can trace whether you are avoiding sanctions, there will be increasing incentives to use cybercurrencies such as bitcoin and the like.

All these together will add costs to production, adding to inflation for everyone. In short, de-globalisation in the short run is self-fulfilling.

I may be wrong, but the issue will also affect fundraising. The US Congress is already looking at cutting Chinese initial public offerings from Wall Street. With a market capitalisation of over US$1 trillion at stake, and with profits made from intermediating, trading and investing in Chinese companies, this move to cut off Chinese IPOs will reduce Wall Street’s role as a global funding centre.

Furthermore, there are US$40 trillion of global pension assets and US$30 trillion of assets under management, of which 82.9% are managed by companies within the US. If the US government mandates that these asset managers cannot invest in “enemy” markets, then who will want to put money with US asset managers?

The weaponisation of finance will compartmentalise global financial markets. This may also be the case for the global internet because, for national security reasons, different countries may want to erect firewalls that, in effect, segregate the internet into four or more modules. The idea of modules is that if one module collapses from a virus attack the others won’t. But that has not yet been tested.

Inevitably, we may have to look at the global market as one that has nearly 200 national markets that are organically entangled with each other. This means that the whole world will be subject to viral attacks of different forms that can evolve, spread and bring down systems that are not prepared for such attacks.

The current solution to viral attacks is to isolate (quarantine) or immunise (adapt). The competition between different systems, cultural, technological or nationalistic, will therefore be about achieving resilience through firewalls or immunisation (learning how to live with such viruses).

Provided small economies can remain neutral and intermediate between different systems without being punished by either side of the global rivalry, then these hybrid connectors can win big. Switzerland played this role in World War II by being neutral and was used by both the Allies and the Axis powers to do deals.

In a situation where digital and human innovation always break through firewalls, the long-term solution will have to be adaptability through immunisation. In other words, we simply learn to live with viral attacks.

Herein lies a major lesson from viral immunisation. Taking immunity shots is not a selfish act. It helps make the whole community more resilient. What is happening around the world through anti-immunisation campaigns is that those who reject taking shots against measles, for example, increase the risk of measles outbreaks throughout the community.

So, should such shots be compulsory, or should we allow a major measles outbreak before the costs are so huge that the minority accepts the right of the majority to impose their will?

We have moved from medical viral attacks to the era of cultural viral attacks. The US-China conflict is depicted in terms of a clash of civilisations to a conflict of political beliefs. What are the moral issues and who is right in this outcome? The fact that we have moved into completely uncharted waters means that there is no business as usual for individuals, communities, corporations or governments.

To sum up, we need a zero-based re-think of our business models and strategic plans for the turbulent times ahead.

This article appeared in The Edge Malaysia on August 9, 2019. The views expressed in the reports featured are the author’s own and do not necessarily reflect Asia Global Institute’s editorial policy.