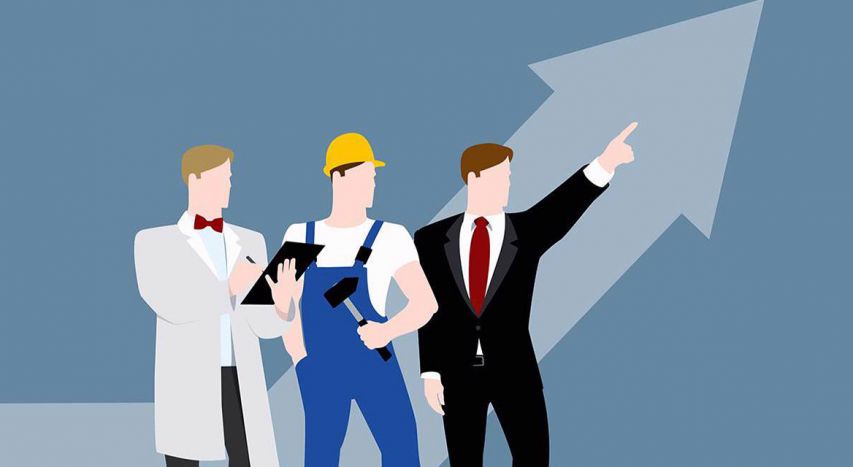 Michael Spence, Advisory Board Co-Chair of Asia Global Institute, explores the many dimensions of employment that determine an economy's health - and a workforce's wellbeing.

MILAN – For much of the post-World War II period, economic policy has focused on unemployment. The massive job losses of the Great Depression – reversed only when World War II, and the massive debt accumulated to finance it, kick-started economic growth – had a lasting impact on at least two generations. But employment is just one facet of welfare, and in today’s world, it is not enough.

The growth patterns between WWII and about 1980 were largely benign. There were recessions, but unemployment remained low. Labor’s share of income rose gradually, with middle-income groups, in particular, achieving greater prosperity and upward mobility. In the United States and elsewhere, the central bank’s mandate was straightforward: maintain full employment and keep inflation under control.

This unemployment-focused mindset endures today. It is reflected, for example, in discussions on artificial intelligence and automation, which increasingly focus on fears of technological unemployment. The US economy is considered to be relatively healthy, because unemployment is at historical lows, growth is moderate, and inflation is subdued.

But the benign growth patterns of a few decades ago no longer exist. To be sure, there are economies whose principal problems do lie in growth and employment. In Italy, for example, GDP growth has been negligible for two decades, and unemployment remains high, at over 10%, with youth unemployment standing at nearly 30%. Similarly, in early-stage developing economies, the main overriding goal of policy is employment growth, in order to provide opportunities to young people entering the labor market and to the poor and underemployed in traditional sectors.

Jobs, however, are just the first step. In modern economies, employment challenges are multidimensional, with employed people harboring major concerns in a wide range of areas, including security, health and work-life balance, income and distribution, training, mobility, and opportunity. Policymakers should thus be looking beyond simple measures of unemployment to consider the many dimensions of employment that affect welfare.

Consider job security. In periods of rapid structural change, jobs are created, destroyed, and transformed, and the skills demanded of the labor force change. Even with supportive policies and programs, this generates insecurity; matters become much worse when the government leaves the stage.

Even when workers have not lost their jobs, their welfare may be undermined by the fear that they will. After all, at a time of increasingly extreme levels of wealth inequality, relatively few have the capacity to self-insure against employment and income shocks or to invest heavily in retraining. According to a recent survey by the US Federal Reserve, four in ten American adults wouldn’t be able to cover an unexpected $400 expense with cash.

In this context, the design and coverage of social security systems and social services become even more important. Yet, far from bolstering social safety nets, some governments and companies are trying to save money by outsourcing functions relating to benefits like health care, pensions, and unemployment insurance.

Another dimension of the employment challenge is income. A pattern of increasing job and income polarization has been documented in most, if not all, developed economies, driven partly by the growing gap between (rising) productivity and (stagnant) compensation for many low- and middle-income jobs.

With many lower-skill jobs having moved abroad or been automated, the supply of labor for non-automatable work in non-tradable economic sectors has expanded. The lower marginal product of lower-skill labor, together with the decline in effective collective-bargaining mechanisms, has helped to fuel income inequality. While countermeasures, such as redistributive tax policies, have mitigated the trend somewhat in some countries, they have not reversed it.

A third dimension of the employment challenge is fairness. Most people understand that market-based economies do not produce entirely equal outcomes, owing to differences in capabilities and preferences. But broad acceptance of inequality requires that it be moderate and merit-based. Extreme inequality based on privileged, non-merit-based access to opportunities and compensation – something that can be seen in many countries today – is socially corrosive.

This is closely linked to a fourth issue: prospects for upward mobility. To some extent, inequality of opportunity may be overstated nowadays, at least in the US. It is widely assumed that once a person manages to join a particular network – say, by attending an Ivy League university – their access to job opportunities and thus their prospects of social and economic advancement are substantially improved.

There is undoubtedly some truth to this. Markets do have network structures, which may not appear in most models but matter in almost every sphere. Some of these structures – such as mechanisms for transmitting reliable information – are benign. Others – such as those rationed according to social class or, today, wealth – are more problematic.

For example, as the recent college admissions scandal involving eight prestigious US universities shows, wealthy parents have been able to buy their children’s way into the educational elite. But while a degree from a top university can open doors, whether by signaling extraordinary ability or conferring membership in influential alumni networks, that is far from the only way to gain access to valuable opportunities.

In the US, in particular, there are a large number of quality institutions of higher education, both public and private, with distinguished graduates in a wide range of areas, from business to the arts to education. The pathways to opportunity are thus not nearly as narrow as many seem to believe.

This is not to say that declining upward mobility, both relative to the past and compared with other Western countries, is not a problem. On the contrary, there has been useful research into the causes of this trend, and this research should inform policy.

And that is precisely the point: there are no simple solutions. One figure – the share of people with jobs – can no longer be considered sufficient to measure the health of an economy, let alone the wellbeing of its labor force. That will require a nuanced approach that addresses the many dimensions of employment that affect human welfare.

This article first appeared in Project Syndicate on May 29, 2019. The views expressed in the reports featured are the author’s own and do not necessarily reflect Asia Global Institute’s editorial policy.