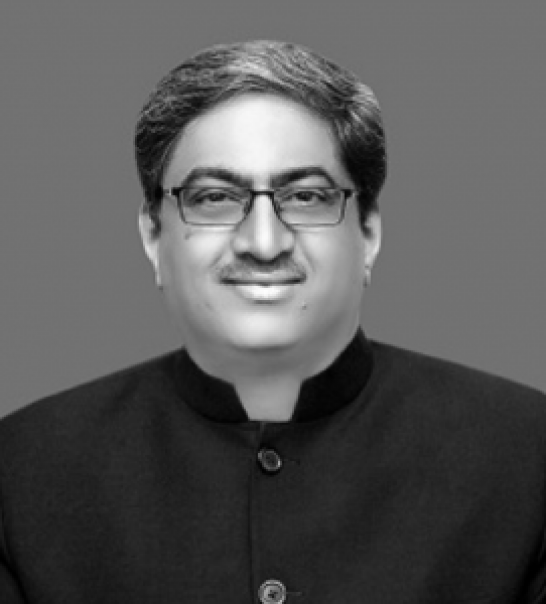 Ambassador Gautam Bambawale, a career Indian Foreign Service Officer, grew up in the western Indian city of Pune, located about 200 kms from Mumbai.

Ambassador Bambawale joined the Indian Foreign Service in 1984. He opted to learn Mandarin Chinese as his foreign language and served in Hong Kong and Beijing between 1985 and 1991. Returning to Delhi, he was first the Desk Officer for China in the Ministry of External Affairs, later serving as Director in the Americas Division of the Ministry, responsible for relations with the US and Canada (1993-94). Ambassador Bambawale was then appointed the Director of the Indian Cultural Centre in Berlin, Germany between 1994-98, where he had his first stint in public diplomacy.

Returning to Beijing, China, he functioned as the Deputy Chief of Mission of the Indian Embassy there.

In March 2001, he returned to the Ministry of External Affairs, New Delhi as the Staff Officer to the Foreign Secretary of India [the highest ranking civil servant in the Indian Foreign Ministry]. He worked in this position from March 2001 to June 2002. He then joined the Prime Minister’s Office as Deputy Chief for the Division of National Security Affairs, Defence and International Policy.From July 2004 to September 2007, he was Minister (Political) and Head of the Political Wing at the Embassy of India in Washington D.C. where he was a participant in the transformation of India-U.S. relations.

From September 2007 to December 2009, Bambawale functioned as the Consul General of India in Guangzhou, China. He was the first Consul General of India in Guangzhou.Returning to Delhi from Guangzhou, he held charge of the position of Joint Secretary (East Asia) in the Ministry of External Affairs from December, 2009 to July 2014. In the position, he was responsible for relations with Japan, China and South Korea amongst other countries.