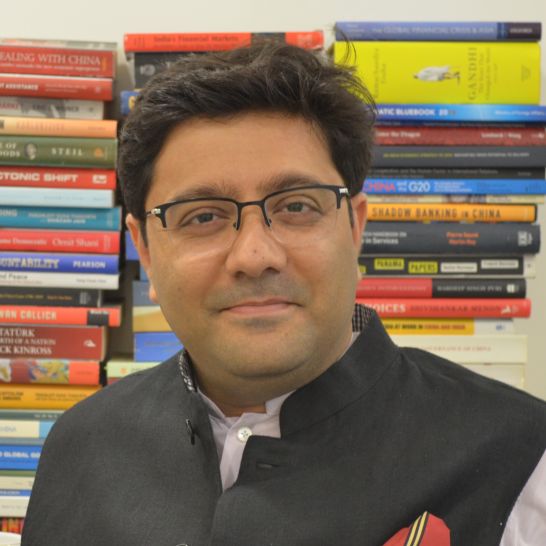 Akshay Mathur is a 2017 AsiaGlobal Fellow and the Director of Observer Research Foundation (ORF) Mumbai and Head of the ORF’s Geoeconomics Studies Programme.

Akshay Mathur concurrently serves as a Non-Resident Senior Fellow at the Centre for International Governance Innovation (CIGI) based in Canada. He is an expert in economic diplomacy with a particular focus on global economic governance.

Prior to joining ORF and CIGI, Akshay was the Chief Executive Officer, Director of Research and Senior Fellow of Geoeconomic Studies at Gateway House: Indian Council on Global Relations where his research areas focused on the architecture of international business, finance and trade, and its impact on geopolitics. Before that, he worked as a Principal Architect with Fidelity Investments in Boston in the advanced research, strategy formulation, and business architecture groups. Akshay is the co-founder of an NGO called Aasra Gramin Vikas Sansthan and of a social enterprise called Khushi Farms, both based in Ajmer, Rajasthan.

He has an MBA from Boston University’s Questrom School of Business with a concentration in Finance and Business Analysis, and his research focused on transnational business and global macroeconomics. He also holds a BS in Computer Science from the School of Computer Science at the University of Massachusetts, Amherst and is an alumnus of Mayo College, Ajmer.

As an AsiaGlobal Fellow, Akshay’s research focused on the rise of the new multilateral financial institutions and forums. This work is part of a book in the making on “The Alternate Financial Architecture.”