The world is experiencing a slow-motion economic crisis - one that, most experts agree, will continue for the foreseeable future. The global economy has grown in fits and starts since the economic crisis of 2008 - one of the longest recorded stagnations of the modern era. In virtually all middle- and high-income countries, wages (as a share of GDP) have been steadily declining for nearly 40 years. But what about the next 50?

Today, the situation certainly looks bleak. Economic stagnation and widening inequality have contributed to a surge in xenophobia and nationalism in the advanced countries, exemplified by the United Kingdom's vote to exit the European Union and the election of US President Donald Trump - and now his decision to withdraw from the Paris climate agreement. Meanwhile, large parts of the developing world - notably, the Middle East and North Africa - have been embroiled in conflict, with some teetering on the edge of state failure.

But while such turbulence is likely to continue for the near future, there is little consensus on what lies beyond that. To be sure, long-run forecasting is usually a fool's errand. In 1930, in similarly troubled times, none other than John Maynard Keynes tried his hand at it, with the famous essay "Economic Possibilities for our Grandchildren." He got his forecast wrong.

This article first appeared in Project Syndicate on June 21, 2017.The views expressed in the reports featured are the author's own and do not necessarily reflect Asia Global Institute's editorial policy. 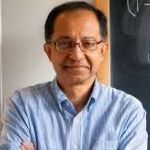