Putting the Populist Revolt in its Place

Joseph Nye explains the rise of populism and how it cannot be attributed solely to economic distress.

In many Western democracies, this is a year of revolt against elites. The success of the Brexit campaign in Britain, Donald Trump's unexpected capture of the Republican Party in the United States, and populist parties' success in Germany and elsewhere strike many as heralding the end of an era. As Financial Times columnist Philip Stephens put it, "the present global order - the liberal rules-based system established in 1945 and expanded after the end of the Cold War - is under unprecedented strain. Globalization is in retreat."

In fact, it may be premature to draw such broad conclusions.

Some economists attribute the current surge of populism to the "hyper-globalization" of the 1990s, with liberalization of international financial flows and the creation of the World Trade Organization - and particularly China's WTO accession in 2001 - receiving the most attention. According to one study, Chinese imports eliminated nearly one million US manufacturing jobs from 1999 to 2011; including suppliers and related industries brings the losses to 2.4 million.

This article first appeared in Project Syndicate on October 6, 2016. 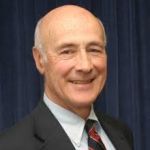