Has the RMB's inclusion into the IMF's SDR turned it into a global currency? Barry Eichengreen weighs in.

At the start of October, China's currency, the renminbi, was added to the basket of currencies that make up the International Monetary Fund's Special Drawing Rights, or SDR. Previously, the SDR had been defined as a weighted average of the dollar, euro, British pound, and Japanese yen. Now that the renminbi has been added, it can claim to be one of just five truly global currencies.

Seeing the renminbi added to the SDR basket was a matter of national pride. It symbolized China's emergence as a global power. And it vindicated the government's efforts to encourage use of the renminbi in cross-border transactions, freeing China and the rest of the world from over-dependence on the dollar.

This article first appeared in Project Syndicate on October 10, 2016. Please click on the link to access the entire article. 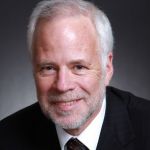