Stuart Harbison, Fellow of Asia Global Institute, lays out the options open to the UK after a break with the EU, in the second of a three part series on Brexit and its implications on the UK economy.

The UK is actively exploring possibilities behind the scenes with a range of trading partners, attempting to scope out potential new FTAs. A number of working parties have been set up. This exercise can only go so far, since the UK cannot yet, as a current Member of the EU, formally enter or conclude negotiations. And many partners will want to wait and see the nature of the UK's future trading relationship with the EU before making any final decisions themselves.

There is also the question of how attractive a partner the UK on its own will be. Asia-Pacific countries might be expected to prioritize relations with the EU which has about 440 million consumers compared with about 66 million in the UK. Even so, this would have to be balanced against the facts that the UK on its own is still major economy and that a deal with the UK might set a higher standard and thus be a useful template for future FTAs. In any case, deals with the EU and the UK would not be mutually exclusive.

Initially, the UK will have to play catch-up with the EU. The EU has already concluded various forms of free trade agreements or economic partnership arrangements with many APEC countries, including Canada, Chile, Colombia, the Republic of Korea, Papua New Guinea, Peru, Singapore and Vietnam. On leaving the EU, the UK would no longer be party to these agreements.

It remains to be seen how UK relations with these EU bilateral partners will develop. Possibly the parties will initially adopt a "cut and paste" approach, concluding UK agreements which mirror those with the EU.  However the UK is likely to be less defensive than the EU on some issues, for example with respect to some agricultural commodities, and more offensive on others, such as trade in services. There might be a combination of an initial replication exercise with further negotiations to follow.  The UK's Secretary of State for International Trade has recently referred to "transitional adoption" as a method of securing the maintenance of the UK's current trading relationship with the EU's FTA partners immediately post-Brexit, but it is not yet clear what the mechanics would be.

The Comprehensive Economic and Trade Agreement (CETA) between the EU and Canada is an ambitious agreement opening up many new opportunities for trade and investment.  There are however some limits on commitments in agriculture while commitments on financial services only guarantee current levels of access.  There could be some scope for going further in a Canada-UK agreement.

As to potential new FTAs, space does not permit a comprehensive review.  The following elements are briefly highlighted as indicative of some of the likely main developments.

The EU has ongoing negotiations under way with Australia, Indonesia, Japan, Malaysia, Mexico and New Zealand.  It is almost certain that the UK would want to follow suit.  Again, the UK might be pressing for deeper economic integration than the EU.  Australia and New Zealand have expressed openness to new, deep trading relationships with the UK.

Without doubt, a very high priority for the UK will be to negotiate an FTA with the United States, one of its main trading partners (with bilateral trade currently worth Â£167 billion).  An FTA with the UK has strong support both in the U.S. Administration and Congress and the two countries have recently launched a scoping exercise.  Meanwhile, negotiations between the EU and the U.S. under the Transatlantic Trade and Investment Partnership (TTIP) have broken down, mainly over regulatory issues and also because the U.S. does not wish to prioritise these negotiations at present while, on the other hand, it appears to welcome the prospect of a deal with the UK.

It seems possible that the UK could be more flexible than the EU over regulatory issues, especially since an FTA with the U.S. would be considered a major prize.  A question might be whether the UK on its own will be able to find a good balance in what is a rather asymmetric trading relationship.  The outlook could be for a difficult but ultimately successful negotiation.

An FTA between Japan and the UK - the world's third and sixth largest economies - should be a high priority for both sides, and for Japan would complement the FTA with the EU which has already been agreed in principle.  Japan has invested heavily in the UK (its second favourite destination for investment after the U.S.), albeit frequently as a gateway to Europe, and has been open about the need for the UK to maintain frictionless trade with the EU.  A Japan-UK deal would be a natural complement to both a UK-EU deal and a Japan-EU deal.

Without calling explicitly for an FTA, Chancellor of the Exchequer Philip Hammond, in a speech at the Belt and Road Forum in Beijing in May 2017, made it clear that the UK's ambition is to improve trade links and secure FTAs with new partners: "Our ambition is for more trade, not less.  China clearly shares this ambition".

Proponents of Brexit have encountered a problem which is both optical and substantive.  Even an ambitious FTA with the EU will be inferior to the UK's present membership of the customs union and single market.  They have been challenged to show how a range of FTAs can compensate for reduced access to the EU market in goods and services - a market which is on its doorstep and accounts for nearly half of current exports.

Individual FTAs, some of which merely replicate current EU deals, may not suffice to counter the perception or reality that, overall, the UK would be losing out.  For that reason the UK Government is expected to show greater interest in plurilateral preferential agreements, especially with the Asia Pacific region which has a good appreciation of the link between trade, growth and employment.  Such agreements would cover more countries and carry greater weight both politically and economically.

Although geographically anomalous, top of the list might be the Trans Pacific Partnership.  The U.S. has, at least for now, backed out of this agreement but the remaining members (the "TPP 11") are considering whether to proceed.  Texts have been finalised, albeit on the basis that the U.S. would participate.  The TPP is regarded as a "state of the art" FTA with high standards and relatively deep economic integration.  It might well be attractive to the UK.  Some of the TPP 11 seem to be willing to consider the UK joining but the reaction of others, and countries in the wider region, remains to be seen.

A complementary proposition would be for the UK to seek to participate in a revamped NAFTA.  The U.S. Administration regards NATFA in its present form as deficient in various respects and is prioritising renegotiation.  The Administration has also signalled enthusiasm for a bilateral deal with the UK.  The two exercises could be married.

The possibility of the UK joining these Asia Pacific regional preferential trade agreements raises the interesting question of the regulatory orbit within which the UK might operate in future.  Hitherto it has been locked into the EU regulatory domain and there are many in the UK who argue that, for reasons of proximity and cultural affinity, it should remain so.  Others seem to favour breaking out and joining another, predominantly U.S.-inspired system.  Whether the UK might become a regulatory bridge or interpreter between these sometimes competing systems is another question - and an important one given that domestic regulation is now a more important barrier to market access than at-the-border measures such as tariffs.

Another plurilateral initiative which the UK will be keen to join, since services comprise 80 per cent of its economy, is the proposed Trade in Services Agreement (TiSA).  These negotiations, between 23 parties including a significant number of Asia Pacific economies as well as the EU, were quite advanced when they came to a halt at the time of the U.S. Presidential election in 2016.  The U.S. Administration has not definitively ruled out TiSA and indeed may well come back to it in the reasonably near future, given that it is backed by a number of U.S. technology and financial services corporations.

Services, and particularly financial services, are one of the UK economy's main strengths, which would make joining TiSA automatically attractive.  Furthermore, among the stumbling blocks remaining when negotiations were halted in late 2016 were the EU's opposition to covering so-called "new" services and its position on some aspects of data protection.  It seems likely that the UK would be more flexible on these issues.

The mechanics of the UK joining TiSA depend on timing.  If TiSA is concluded while the UK is still a member of the EU, it might claim to be already a party to the pact but its independent membership would have to be agreed by other parties.  If TiSA is still being negotiated when the UK leaves the EU, it would have to seek the agreement of the other parties to join the negotiations.

Overall, the plurilateral route would have a number of advantages for the UK. They could achieve more, and perhaps more quickly.  But this does not mean that there would be no bilateral FTAs.  The bilateral and plurilateral routes are complementary.

The views expressed in the reports featured are the author's own and do not necessarily reflect Asia Global Institute's editorial policy. Please click here to access Part 1 of this series. 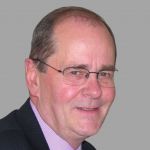