We live in troubled times, with pessimism clouding even the most prosperous parts of the planet. Many are convinced that the international order is falling apart. Some fear that a clash of civilizations is imminent, if it has not already begun.

Yet, amid the gloom, Southeast Asia offers an unexpected glimmer of hope. The region has made extraordinary progress in recent decades, achieving a level of peace and prosperity that was previously unimaginable. And it owes much of this success to the Association of Southeast Asian Nations (ASEAN), which marks its 50th anniversary this month.

Southeast Asia is one of the world's most diverse regions. Its 640 million people include 240 million Muslims, 120 million Christians, 150 million Buddhists, and millions of Hindus, Taoists, Confucianists, and Communists. Its most populous country, Indonesia, is home to 261 million people, while Brunei has just 450,000. Singapore's per capita income of $52,960 per annum is 22.5 times that of Laos ($2,353).

This article first appeared in Project Syndicate on August 2, 2017. The views expressed in the reports featured are the author's own and do not necessarily reflect Asia Global Institute's editorial policy. 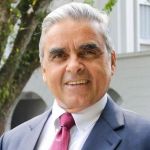 Professor in the Practice of Public Policy, National University of Singapore