In mid-October at the 19th Party Congress of the Chinese Communist Party (CCP), a few men in identical suits will take their places on a raised dais in front of an audience of three thousand delegates, a few hundred advisors, dozens of claqueurs and the world's media. These men will comprise the Standing Committee of the CCP that will run China for the next five years.

Chinese heads of state are supposed to rule for two roughly five-year terms. Xi Jinping, the incumbent, was inaugurated at the 18th Party Congress. The forthcoming 19th Party Congress is the supposed halfway point of Xi's rule.

The importance of the 19th Party Congress is simple: it is the endpoint of a process that determines who will run China. The Party rules the government, and party leaders outrank government ministers. The government transition happens in March 2018.

This article first appeared in East Asia Forum on October 15, 2017. The views expressed in the reports featured are the author's own and do not necessarily reflect Asia Global Institute's editorial policy. 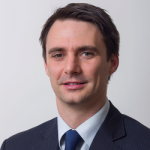