With the TPP All but Dead, What Next for World Trade?

At a major conference on global trade in London this month, officials from the US were extolling the virtues and benefits of the Trans-Pacific Partnership (TPP) and, in cahoots with officials from the European Union, the virtues and benefits of the Transatlantic Trade and Investment Partnership. The fact that these so-called mega-regional deals were a significant advance in the global trade agenda and that they would soon be implemented was the proverbial no-brainer.

I asked the American official if he could tell me whether any of the U.S. presidential candidates had spoken out in favour of TPP. Hillary Clinton, it will be recalled, sensing which way the political winds were blowing, withdrew her support and indicated she would oppose it. This position was reinforced in the negotiations that ultimately culminated in Bernie Sanders' endorsement. Donald Trump's position on TPP, as well as on trade in general, is well known. I could not remember whether, out of the plethora of other Republicans who fell by the wayside, any had championed the pact. As I did not get an answer from the official, I presume the answer is no.

This article first appeared in the South China Morning Post on July 20, 2016. 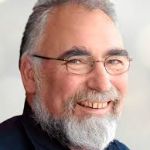