Why Do Cities Become Unaffordable?

Robert Schiller looks into the variables that determine urban home prices around the world.

In many of the world's urban centers, homes are becoming prohibitively expensive for people with moderate incomes. As a city's real-estate prices rise, some inhabitants may feel compelled to leave. Of course, if that inhabitant already owned a house there that they can sell, they may regard the price increase as a windfall that they can claim by departing. If not, however, they may be forced out with no compensation.

The consequences are not just economic. People may be forced out of cities where they have spent their entire lives. Leaving amounts to losing lifelong connections, and therefore can be traumatic. If too many lifelong inhabitants are driven out by rising housing prices, the city itself suffers from a loss of identity and even culture.

This article first appeared in Project Syndicate on July 17, 2017.  The views expressed in the reports featured are the author's own and do not necessarily reflect Asia Global Institute's editorial policy. 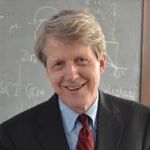