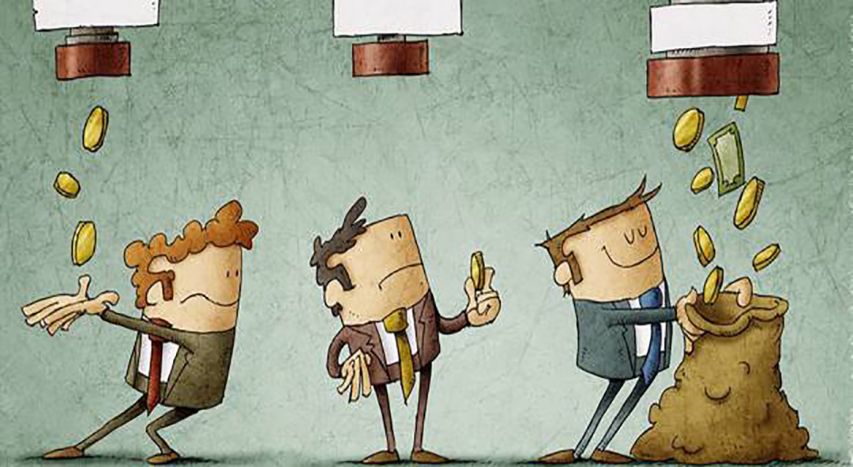 In his article in Project Syndicate, Michael Spence, Advisory Board Co-Chair of Asia Global Institute, explains what a levy on investment returns would really mean for effective tax rates in the United States.

Proposals for a broad tax on wealth are not new, but they are receiving renewed attention in the United States. Steadily increasing income and wealth inequality has raised social and ethical concerns, even among a subset of the wealthy. This trend, along with declining social mobility, is contributing to political polarization, which in turn leads to poor and erratic policy choices. And we know from history that rising inequality and intensifying social and political polarization can lead to more dramatic and even violent outcomes.

Fortunately, there is a growing body of first-rate research on the magnitude, dimensions, history, and trajectories of income and wealth inequality. If there is growing demand for some type of tax-policy response to the problem, we have ways to determine which measures would be most effective, depending on the specific objective.

Listening to the contenders for the Democratic Party’s presidential nomination, it would seem that different wealth-tax proponents have quite different objectives indeed. Bernie Sanders, who has said, “Billionaires should not exist,” seems to regard extreme inequality as offensive in and of itself. But others focus more on what inequality means for those in the bottom half or two-thirds of the income and wealth distribution. Elizabeth Warren, for example, wants to tax wealth to pay for an ambitious expansion of social security and other services.

Moreover, wealthy individuals generally have access to a broad range of asset classes, many of them illiquid. Owing to various regulatory restrictions and the illiquidity premium, the pre-tax returns on these asset classes tend to be higher. In this case, a wealth tax of 2% on assets of $500 million and of 3% on assets of $1 billion (as under Warren’s proposal) would not be all that high. A benchmark of $500 million would not limit most peoples’ capacity to spend, and would leave them free to invest in higher-return liquid assets for which the implied incremental tax on investment returns would be relatively low.

There is another important point to consider: under the current system, the effective tax on investment income declines substantially as the deferral period increases. Wealthy individuals who have created valuable companies tend to hold on to the stock, and can defer realization of capital gains for long periods of time – or even indefinitely if they donate the assets. If, for example, the tax on realized investment income is 30%, the pre-tax return on assets is 15%, and the realization of gains is deferred for 25 years, the effective tax on investment returns comes to only 10.5%. The 25-year deferral reduces the tax rate to one-third of its value and allows for a near-doubling of after-tax assets.

Clearly, deferral has a very large effect on effective tax rates. It also happens to be the normal practice among the wealthy and the moderately well off (say, the top 5%). A wealth tax, however, is harder to defer, because holding on to a large collection of assets that have no realized market value is not easy.

In practice, then, a wealth tax would likely be levied on something approximating an asset’s actual current value, perhaps with a modest discount for more recent investments. And taxes on investment returns would continue to be levied on realized gains.

Given that a wealth tax is less deferrable, and that its impact depends (inversely) on pre-tax returns, it stands to reason that a modest wealth tax would lead to only a slightly higher implied effective tax rate on investment returns than under the current system.

Still, those who oppose a new wealth tax offer several arguments against it. One – the foot-in-the-door argument – holds that once a wealth tax is enacted, it will rise over time. But the downward trajectory of income-tax rates in the US in recent decades does not seem to support this argument.

A second claim is that productivity, growth, and jobs will suffer. But are we really supposed to believe that entrepreneurs who have created highly valuable companies (and deserve to be wealthy) would abandon their efforts if they knew that their after-tax wealth would be reduced from, say, $12 billion to $8 billion? The fact is that incremental wealth gains at the level being discussed (above $1 billion) have little to do with consumption and lifestyle. They are signals of success and status. A wealth tax would adjust the scales, but it would not change the overall rankings.

Finally, some contend that they should be able to keep all their wealth because they earned it on their own. But this argument ignores reality: anyone who succeeds in America is a beneficiary of a broader system that afforded them the means and the opportunity to do so.

As debates over inequality have gained steam, an influential group of wealthy individuals has emerged to advocate a moderate wealth tax, provided that it is deployed in such a way as to expand opportunities available to the bottom 50% of earners. There is legitimate disagreement about whether this is best done through a direct transfer of income to lower-income households, or through an expansion of publicly funded social services focused on educational and employment options.

That is an important debate to have, but it is a separate issue. In any case, the current proposals for a moderate wealth tax deserve serious attention. There may be better and worse ways to address the catastrophic distributional trajectory of the US economy. But the absolute worst option is to do nothing.

This article first appeared in Project Syndicate on October 28, 2019. The views expressed in the reports featured are the author’s own and do not necessarily reflect Asia Global Institute’s editorial policy.