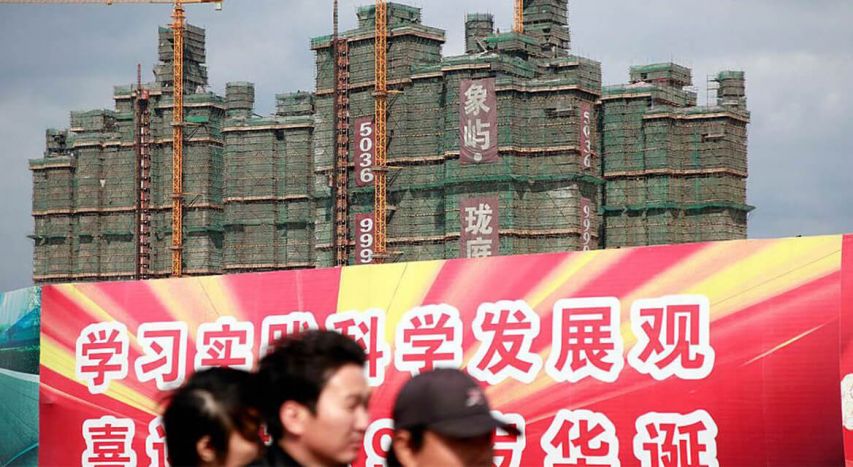 What Next for China’s Development Model?

Michael Spence, Advisory Board Co-Chair of Asia Global Institute, argues that tensions with the West will be a major factor shaping further economic reform.

Even if China maintains its market-oriented reform momentum, tensions with the West are unlikely to be resolved quickly. While steps can be taken to reduce these tensions, they cannot be easily eliminated, which means that they will probably be a key factor shaping the future of China’s development model.

MILAN – China’s strategy for economic growth has been a work in progress since Deng Xiaoping launched the country’s “reform and opening up” in 1978. While the last 40 years of reform have been far from error-free, the government has displayed a willingness to adapt, as well as a capacity for navigating complex transitions, supported by a healthy internal policy debate. But how is China’s development model likely to evolve in the future, as external conditions pose new challenges to economic growth?

A defining feature of China’s four decades of reform has been the state’s evolving role in the economy, about which there is still significant domestic disagreement. Some argue that the state – and, by extension, the Communist Party of China (CPC) – must retain a prominent role, in order to uphold the social stability needed to sustain economic development. Others claim that spurring the innovation needed to reach high-income status requires the state to be less like a market participant and more like a referee, regulator, and arbiter of economic and social priorities.

Without question, the state has been integral to China’s development, not only by investing in areas like infrastructure and technology, but also by serving as a backstop as nascent markets and private-sector institutions developed. State involvement is also needed to help manage inequality and ensure that growth patterns are inclusive, which markets alone cannot be counted on to do.

Moreover, the Chinese state has resolved coordination problems that are not easily or efficiently handled by decentralized markets, particularly in developing countries, where market institutions and administrative capabilities may be at different stages of development. In its five-year plans, China’s government establishes clear priorities and expectations that help to ensure that complementary policies and investments occur simultaneously or are properly sequenced.

Proponents of giving markets and the private sector a “decisive” role in the economy largely do not dispute these points. Instead, they emphasize that innovation, productivity growth, and overall growth have been driven primarily by the expanding private sector. A vibrant marketplace of ideas is a key part of this model. The CPC’s increasing presence in private firms, heavy-handed economic intervention, and a growing preference for orthodoxy could pose a threat to dynamism and growth.

Already, the lack of clarity about the state’s role in private firms is hampering outward investment by Chinese multinationals, especially in industries that involve national and cyber security, a sector that is growing rapidly as the world’s economies shift onto digital foundations. If China reverts to a model in which the state owns the assets in key sectors, those sectors could underperform due to a lack of competition and experimentation, resulting in stagnation.

It is worth noting that China never adopted the shareholder-value model of corporate governance that has long prevailed in the West, though the West is now arguably moving toward a multi-stakeholder model. Instead, the Chinese authorities view corporations (and financial markets) as instruments to achieve economic and social objectives.

In a sense, therefore, China has had a kind of multi-stakeholder model all along. As environmental, social, and corporate governance (ESG) takes hold in the West, the Chinese and Western models may begin to converge, with the key difference that, in China, the CPC and the state represent the non-owner stakeholders, or the public interest.

The relative roles of the state and the market in China’s economy have yet to be definitively decided. The details of the model will probably be determined by pragmatic considerations and course corrections. But it is clear that achieving the authorities’ technological goals, as outlined in the “Made in China 2025” plan, will require a dynamic and relatively freewheeling private sector, as well as significant state support in the form of upstream investment in advanced education and scientific research.

China’s state-led efforts to spur innovation have raised tensions with its economic partners, especially the United States. But China can take steps to assuage its critics, especially by committing to respect intellectual property, remove non-tariff barriers to cross-border trade and (especially) investment, and eliminate joint-venture requirements for private cross-border investments, so that technology transfer is not coerced.

The bigger challenges concern the role of the state at the nexus of technology and national security. Private Chinese firms investing abroad must credibly signal that their focus is purely commercial, and that they are not pursuing other agendas, like national security. A commitment from the Chinese state to insulate the country’s private multinationals from such agendas would go a long way. No government can be expected to renounce the use of cyber tools in espionage, but governments can avoid implicating the private sector.

Obstacles to cross-border investment in the Internet are also high and likely to persist. Here, too, major differences in regulation (including the state’s role with respect to content and access to data) will be difficult, if not impossible, to overcome.

Convergence with the evolving Western model is unlikely in the short run. Tensions between China and the West, especially regarding the state’s role in the market, will persist. But the market-oriented development path will certainly help reduce these tensions. Introducing much greater clarity about the division of responsibilities between the state and the market would remove a major obstacle to further progress.

This article first appeared in Project Syndicate on January 21, 2019. The views expressed in the reports featured are the author’s own and do not necessarily reflect Asia Global Institute’s editorial policy.