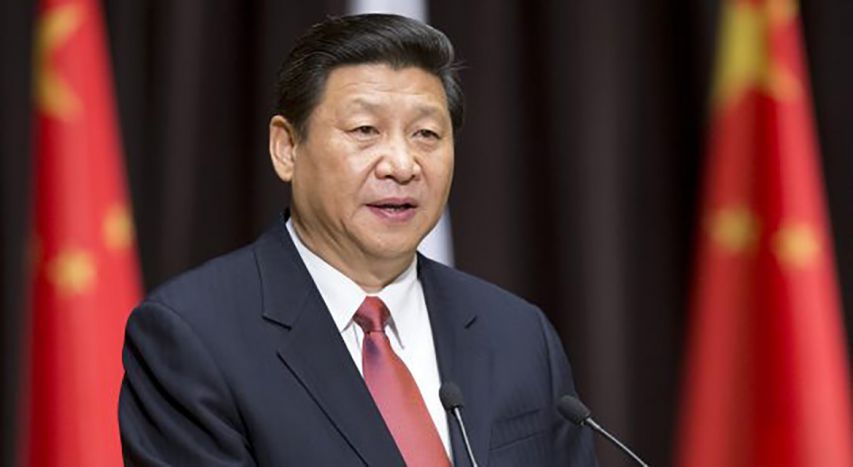 With China’s foreign policy in the spotlight during the annual meeting of its legislature, Asia Global Institute's Adjunct Associate Professor Yoshikazu Kato outlines his thoughts on what this diplomacy is and how it came about.

The Chinese Communist Party began its annual fortnight-long National People’s Congress this week. This year’s session is of particular interest to the international community as everyone is waiting for a resolution to the ongoing United States-China trade war and anxious about China’s global ambitions. To put things in perspective, we should first understand President Xi Jinping’s doctrine of “great power diplomacy” and where he stands when compared to his predecessors.

Chinese scholars have long defined “major power diplomacy” (daguo waijiao) as “diplomacy with major powers,” referring to the U.S., Russia, and in some cases, Japan. Additionally, China has engaged in two other types of diplomacy, the first being “neighborhood diplomacy,” which encompasses the Koreas, South and Southeast Asia, and Central Asia. The second type is “United Nations diplomacy,” which involves not only the permanent members of the Security Council, but also every member of the General Assembly. These have been described as the “big three diplomacies” in Chinese scholarly circles.

In the recent past, the latter two types of diplomacy have followed generally stable paths. The same, however, cannot be said of China’s major power diplomacy, which has seen a significant reorientation.

Under the Hu Jintao administration (2003-2012), China continued Deng Xiaoping’s grand tactic, taoguangyanghui yousuozuowei—“keep a low profile and bide your time while also accomplishing things.” The tactic is often described as a transitional tool, bridging a period that ends with China becoming a major power. During the transitional period, China had to manage relations with major powers appropriately, and avoid taking overly assertive actions. Now, China has reoriented its course, practicing diplomacy as a major power.

This reorientation has been driven by Xi Jinping, Hu’s successor who assumed office in 2012. Yang Jiechi, director of the Central Foreign Affairs Commission under Xi, explained the new position thus: “China is ready to shoulder its responsibility as a major country.”

Two fundamental factors explain this reorientation. The first is China’s increased capabilities as a country and a global player. In 2010, two years after the outbreak of the global financial crisis, China surpassed Japan to become the world’s second-largest economy. This confluence, set against a backdrop of growing skepticism of Western-style economic liberalism, bolstered China’s confidence in its own state-capitalist developmental path, which has been referred to as “the China model.” This moved the scales of power between China and the West in the eyes of both the Chinese leadership and the international community, and led to China becoming more assertive in foreign affairs.

The second factor is the ascension to power of Xi, who differs hugely from Hu in his views of China and the world. While he was president, Hu operated under the acknowledgement that China was still a developing country that needed to catch up to the West. To do so, it had to adhere to existing rules and systems, which were all established by the U.S. Hu, therefore, did not see China as an equal to the U.S.

Xi is different. He appears to be working toward, and perhaps within, a bipolar world order, surpassing even his declared goal of the “rejuvenation of the Chinese nation.” Since taking office, Xi has made statements such as “the Pacific Ocean is vast enough to accommodate China and the United States,” and “it is for the people of Asia to run the affairs of Asia, solve the problems of Asia and uphold the security of Asia.” He does not hesitate to position China as a leader in efforts to solve critical global issues. As Wang Yi, the Xi administration’s foreign minister, said in 2013, “Through our more proactive diplomacy, China is ready to respond to the international community’s expectation by connecting China’s domestic situation with the world’s situation and identifying the shared interests between China and other parties.”

So what is this major power diplomacy? I argue that it consists of four aspects: economic expansion, political penetration, “friendship” creation, and core interest protection.

The first aspect is economic expansion. Since Xi took office, China has enthusiastically broadened its economic reach, leading to the establishment of institutions such as the Asian Infrastructure Investment Bank (AIIB) and increasing financial clout. China uses this economic expansion as the foundation for the implementation of its major power diplomacy.

The second aspect is political coverage. Using its economic capabilities as a basis, China seeks to establish itself as a global political leader by enacting a multitude of international schemes—such as the Belt and Road Initiative, the AIIB, and the Silk Road Fund—and hosting multilateral meetings. Among the multilateral meetings China has hosted in recent years are the 22nd APEC Economic Leaders’ Meeting, the 2016 G20 summit, the 2017 BRICS summit, and the Fourth Summit of the Conference on Interaction and Confidence-Building Measures in Asia.

As the U.S., under President Donald Trump, becomes increasingly insular, China sees an opportunity to extend its influence in international relations. To this end, it has vociferously touted its support for multilateralism, free trade, and economic globalization. Rather inevitably, this has been met with skepticism in parts of the international community. Many countries in the West, in particular, are wary of China’s encroaching influence.

China builds the third aspect of its major power diplomacy, “friendship” creation, on the previous two. Through cultivating stronger economic and political ties with a large number of countries, China has assembled a formidable “friendship circle.”

These “friends” are strategic assets for China to protect its core interests, which is, in turn, the last aspect of its major power diplomacy. These core interests are constituted by what China considers as its inalienable positions; for example, its claims on Taiwan and the South China Sea. The Chinese Communist Party leadership has increasingly believed that it could not ensure the party’s legitimacy, and thus survival, without protecting the core interests. Xi made clear the importance he places on the core interests in his speech to commemorate the 40th anniversary of the “Message to Compatriots in Taiwan”: “We make no promise to renounce the use of force and reserve the option of taking all necessary means [to achieve reunification].”

The Importance of Understanding the Reorientation

Despite the Chinese leadership’s best wishes, uncertainties abound within the international community. Xi’s assertiveness has engendered tensions with countries near and far. In my view, the ongoing trade war between China and the U.S. is an example of this. Rather than President Donald Trump’s “America First” agenda, I see the trade war more as a result of China’s pursuance of its lofty ambitions in the economy, diplomacy, the military, manufacturing, and technology. This is an inevitable outcome of Xi’s diplomacy as a major power.

While it is true that some diplomatic relations have improved under the Xi administration, this does not mean that China’s diplomatic partners accept its major power diplomacy. Take Japan as an example. During Japanese Prime Minister Shinzo Abe’s latest visit to Beijing, he agreed to strengthen cooperation with China in third countries, but stopped short of recognizing the Belt and Road Initiative, which Japan continues to regard with skepticism. This guarded attitude toward China is prevalent among the international community, and is unlikely to wane in the near future.

The reorientation of China’s major power diplomacy reveals Xi’s strategic approach. Given this reorientation, I would argue that China sees current geopolitical circumstances as a strategic opportunity period. It is doubtless that this will affect, and in fact shape, the rest of the world, which is why we need to understand it as best as we can.

This article first appeared on AsiaGlobal Online on March 7, 2019. The views expressed in the reports featured are the author’s own and do not necessarily reflect Asia Global Institute’s editorial policy. 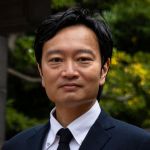