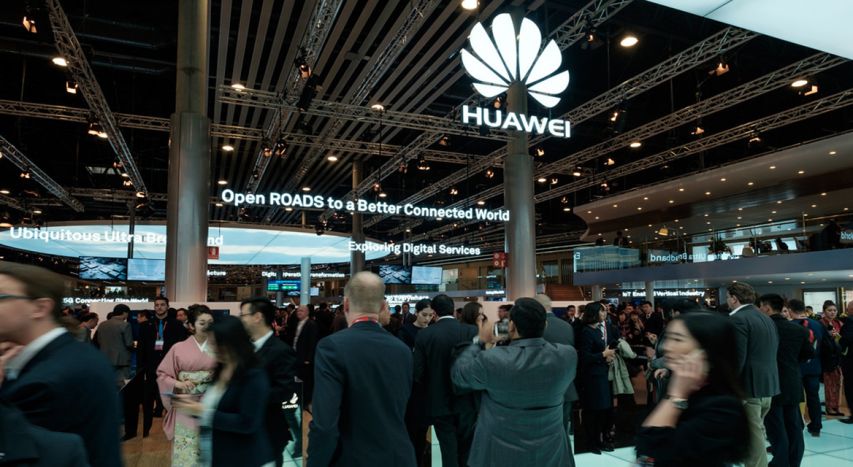 With the arrival of 5G and the attendant security risks associated with the new technology, India faces some tough choices. Ananth Krishnan, 2019 AsiaGlobal Fellow, explores in his op-ed in Global Asia India’s Huawei dilemma and the challenges India faces.

When Chinese telecommunications giant Huawei, which is among the biggest suppliers of the equipment that runs India’s 3G and 4G networks, began bidding for projects across India, some people working with the Indian government noticed a curious pattern. When it came to potential projects to build telecommunications systems in India’s northern states — which border Pakistan to the west and China to the east — Huawei submitted far higher bids than it did elsewhere, such as in the south. While Huawei’s eagerness to establish a foothold in these states raised some eyebrows, officials found no evidence of wrongdoing by the Chinese company, which became a crucial provider of cheap equipment that underpinned India’s mobile telephone revolution.

This seemingly minor detail provides a glimpse of India’s dilemma as it now considers a role for Huawei in upcoming trials for 5G technology. The only difference this time: there are more pronounced concerns about 5G’s very different security implications, as well as new geopolitical considerations that may influence India’s decision amid the trade war between the US and China.

Also at stake for India are its own recently warming relations with China, which have recovered after ties went into a freefall in 2017 over a 73-day border stand-off near the Doklam plateau, which abuts India, China and Bhutan. In October, President Xi Jinping is expected to travel to India for an “informal summit” with Prime Minister Narendra Modi, continuing this unique new model of summitry that India and China came up with in 2018 as they looked to rebuild ties after Doklam. Dispensing with protocol, Xi travelled to Wuhan to host Modi for two days of one-to-one talks, the first time China’s president had done so for any foreign leader. The Xi visit may be one reason why India has appeared to delay a call on Huawei’s presence in its 5G trials, so as not to disturb the optics ahead of the second informal summit.

It’s clear that India’s decision is being keenly watched, not only domestically but also in the US and China. The question of 5G has emerged as a particularly thorny issue in the US-China trade war, with Washington calling on its allies, such as Japan, which has already blocked Huawei, and not-quite-allies but partners such as India, to exclude Chinese vendors from their networks. The US already warned Britain that including Chinese vendors in its 5G network could compromise future US-Britain information sharing and co-operation, because of the security implications.

At least publicly, India says its decision won’t be a political one. India’s ambassador to China, Vikram Misri, said in an interview that “whatever decision we take will be taken in our own national interest.” He also pointed out that “Chinese telecoms firms are already supplying [3G and 4G] equipment to India, so there is obviously interest on their part to continue this relationship, and they have been talking to their partners in India about it.” At the same time, Indian officials have said that public statements from Chinese government representatives warning of repercussions haven’t helped. During a visit to India as part of a visiting trade delegation, Yang Yanyi, a former Chinese envoy to the EU who is now a member of the foreign affairs committee of the Chinese People’s Political Consultative Conference, a political advisory body, said India should not be “exclusive” in its choice. Yang said Washington “should be ashamed for trying to exert state power to suppress a Chinese company and other companies from developing countries from excelling in [telecommunications].” Huawei, meanwhile, organized a tour for Indian journalists to visit China, where its representatives warned that excluding the Chinese firm would delay India’s roll-out of 5G by at least two to three years, thus severely harming India’s competitiveness.

As with Huawei’s role in India’s 3G and 4G networks, different government ministries have hinted that they differ on the stand India should take on 5G. Even in the case of 3G, India’s Home Ministry flagged concerns over the presence of equipment from Huawei and ZTE, another Chinese tech giant, in India’s telecom networks. But one factor that finally swayed the government’s thinking was the overwhelming backing for Huawei from India’s biggest telecom companies, which were importing billions of dollars of equipment that was far cheaper than they could have procured from Europe, the only other possible supplier. It was finally this cheaper Chinese equipment that enabled the rapid rollout of 3G and 4G in India at affordable prices for consumers.

But the Indian government should be aware that this time is different, due both to the different security implications of 5G and the changed global context. Indeed, there is a temptation to view the 5G debate as entirely political — and as a reflection of India’s broader attitude toward the US and China. While both the US and China push their points of view, for India, politicizing a technical and security issue would be counterproductive. Rather, focusing on its self-interest, from security to the needs of consumers, would be a better option. Of course, this is easier said than done, and India may face repercussions from Washington or Beijing, depending on its stand. Yet India is not without leverage of its own. Washington, for instance, has warned its partners that working with Huawei could compromise future security agreements or intelligence sharing. But the US still needs India both for its huge appetite for defense purchases, and as a security partner to deal with the China challenge in the Indo-Pacific. Beijing, for its part, has hinted that excluding Huawei could have repercussions for Indian companies in China, pointing to its new draft foreign-investment law under which China will reserve the right to retaliate against countries that target Chinese investment. But here, too, the leverage is with India, considering that the scale of Chinese investment in India — and the Chinese presence in the Indian market — far dwarfs the very limited space occupied by Indian firms in China.

Ultimately, rather than focus on the geopolitics, India would perhaps be better served assessing the benefits and costs of doing business with Huawei based on its technical requirements and ability to ensure security and manage risk, which matter far more than the geopolitical debate or scoring points with Donald Trump or Xi Jinping. One possible scenario could be to allow a limited role for Chinese companies in “non-core” areas of the network where they would not play a strategic role. As James Andrew Lewis of the Center for Strategic and International Studies pointed out in a recent article, the United Kingdom had considered a middle position, “not a full ban but also not ceding control or critical networks to Huawei and China,” arguing it can “manage the risk created by Huawei by blocking the use of any Huawei equipment around sensitive facilities.” This might also be a favorable outcome for India’s mobile phone companies, which have benefited massively from cheaper Chinese equipment in the rapid rollout of India’s 3G and 4G networks. Whether India can afford the costs of a complete Huawei exclusion — and the higher prices of Western equipment, which will ultimately be passed on to consumers — needs to be examined.

While India considers the economic costs, it should at the same time be aware of the political risks. India should be under no illusions about Huawei — or any Chinese company, private or state-owned — and its ties to the Chinese state. While some Indian commentators have suggested that doing business with Huawei would be the same as working with Google — the point being that every company has close ties to the government of its own country — the comparison is disingenuous. For one, the legal restrictions in place in most countries, regulating what governments can do and protecting the interests of companies, are absent entirely in China. Second, the relationship between the Chinese private sector and the party-state is unique, to the say the least. If Chinese companies prefer playing down their links to the state overseas, at home they make no bones about serving the party’s interests and goals. In Huawei’s case, the opacity of its ownership structure is another question-mark. Moreover, attempting to draw an equivalence between Chinese telecommunications companies, which may or may not serve their state, and Western ones, that may or may not do likewise, is problematic as far as India is concerned. India has a unique relationship with China, a country with which it shares a complicated history and an unresolved border. As long as India’s political and security problems with China remain unresolved, ignoring the political and security context would be irresponsible. On the contrary, it would serve India’s interests to send a message to China that if it wants to fully realize the potential of doing business with India, it should reconsider its approach on security issues, whether on the stalled boundary negotiations or on Chinese activities in Pakistan-administered Kashmir. And perhaps most importantly of all, it would make no sense to take at face value any guarantees from a Chinese company, without the capability to enforce those guarantees. And only the government of India knows whether it is capable of doing so.

For India, the Huawei dilemma could serve one useful purpose. So far, India’s need for foreign investment has outweighed other considerations. It pursued closer investments from China as it sought to offset an increasingly unbalanced trading relationship. Since 2014, Chinese companies have invested more in Indian technology firms, particularly tech start-ups, than firms from any other country. The biggest new investors in India’s tech space today are Alibaba and Tencent. While there are certainly benefits in pursuing investment from China, the challenges need to be considered too. Chinese companies have, so far, escaped the kind of scrutiny in India that their investments have attracted in the West, despite several high-profile deals. Chinese firms own major stakes in some of the biggest Indian tech companies in almost every vertical, from healthcare apps to payment apps and most recently, in news and entertainment. While Indian regulations certainly shouldn’t single out Chinese investment, the growing presence of Chinese firms in India has only underlined the necessity for a more robust and transparent regulatory regime. The Huawei dilemma may, for now, appear difficult to resolve. But if it does end up triggering a long-overdue debate, it may well be worth the price.

This article appeared in Global Asia on September 26, 2019. The views expressed in the reports featured are the author’s own and do not necessarily reflect Asia Global Institute’s editorial policy. 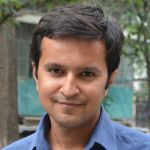