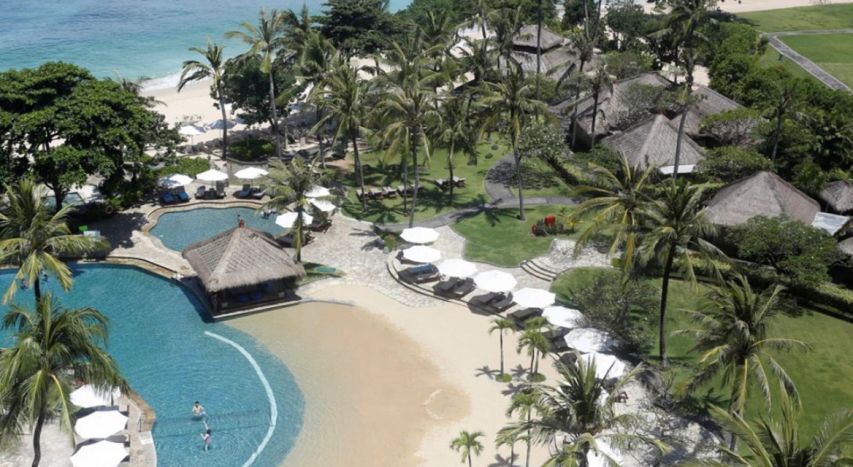 We’re facing a global financial meltdown and climate catastrophe so why is nobody listening, let alone acting?

Andrew Sheng, Distinguished Fellow of Asia Global Institute, says the world needs to, but probably won’t, deal with a looming financial storm and global warming. The poor are powerless, the rich are complacent and the leader of the free world seems to think climate change is fake news

As bankers and policymakers converge on Bali this weekend for the annual meetings of the International Monetary Fund and World Bank, the question everyone is asking is: how should we respond to the changes that are about to sweep the world at all levels?

Although three authoritative reports suggest things aren’t so bad now, there is little room for complacency. More people worry a perfect storm in the financial markets is looming on the three-year horizon, while scientists say we have 12 years left to deal with climate change.

The IMF’s latest World Economic Outlook report expects slightly lower growth for 2018 and 2019, and notes higher risks. The global economic growth forecast for the two years is down from 3.9 per cent to 3.7 per cent, which is still the same as the rate last year, and better than the growth between 2012 and 2016. As a number of important economies are nearing full employment, there are growing concerns over the return of inflation, and higher interest rates are on the cards. Policymakers are urged to “build resilience and implement growth-enhancing reforms”.

The accompanying Global Financial Stability Report says the global financial system is stronger than it was before the financial crisis a decade ago, but it remains vulnerable if interest rates rise. According to the IMF Blog, “In economies with globally systemically important financial sectors, debt owed by governments, companies, and households has risen from around 200 per cent of GDP a decade ago to almost 250 per cent today.”

With offshore dollar debt at US$11.4 trillion or more, emerging market economies will face higher borrowing costs and risks of debt crises. Indeed, the IMF sees “a 5 per cent probability” that emerging market economies will experience portfolio debt outflows of US$100 billion or more, similar to levels experienced during the crisis. Argentina and Turkey are already facing such issues.

Another report that deserves serious attention is the UN Intergovernmental Panel on Climate Change’s analysis, which warns that the world has just over a decade to put a lid on global warming. If the atmosphere warms by more than 1.5 degrees Celsius, climate models show there will be extreme heat in most inhabited areas, heavy precipitation in several regions and higher risks of drought in some areas.

Of 105,000 species studied, 18 per cent of the insects, 16 per cent of the plants and 8 per cent of the vertebrates would lose more than half their habitats in a 2-degree global warming scenario. In plain language, expect more forest fires and higher risks to biodiversity. In the worst-case scenario, all coral reefs would die.

Might climate change also trigger earthquakes and tsunamis? In Greenland, for example, there might be fault lines buried beneath all those melting ice sheets. If and when the ice sheets collapse, earthquakes and attendant tsunamis are not entirely out of the question. In Alaska, the reduction in the ice load on the crust is already leading to higher levels of seismic activity.

Doesn’t this feel like that old story of Nero fiddling while Rome burns? Another image comes to mind: that of a frog sitting complacently in a pot of water that is slowly reaching boiling point, and not realising it is being cooked until it is too late.

The world’s future is bleak, and yet no one is listening to the prophets of disaster. Why? Because the poor can do little about it; the rich think they can always migrate; and the middle class are squabbling about who should be blamed.

Also, even if you could really predict the future, would the world’s leaders listen to you? Bosses don’t like to hear bad news and are more likely than not to shoot the messenger. Few could speak truth to power.

Furthermore, for every truth, there will be deniers, disbelievers, those who prefer the comfort of their alternative facts. In the world of fake news, can you seriously expect better?

And so it is that the fate of the free world rests on the Climate Change Denier-in-Chief and trade warrior, Donald Trump. Let’s cross our fingers and hope he fails all the way to success. Because as bankers and borrowers have learned in past decades: if you owe US$2,000, you are bankrupt; if you owe US$2 billion, someone will bail you out. This is the “too big to fail” strategy.

During the last global crisis, central bankers, to the delight of politicians, discovered that the marginal cost of printing money is zero. It cost the banks nothing to print more money to bail out bad behaviour.

But, sooner or later, someone will have to pay the price. So much dirt has been swept under the carpet, it is reaching the ceiling. By the look of things, the world is facing an imminent financial crash or a climate catastrophe. Very happy alternatives.

Stop the world, I want to get off, but let me enjoy the Bali conference first.

This article first appeared in the South China Morning Post on October 12, 2018. The views expressed in the reports featured are the author's own and do not necessarily reflect Asia Global Institute's editorial policy.