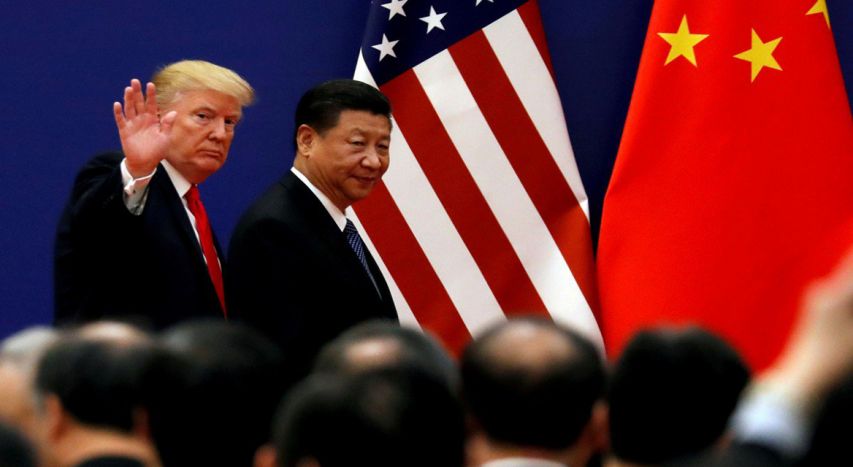 An article in the South China Morning Post covering the perspectives of Zhiwu Chen, Director of Asia Global Institute, on how trade talks between China and the United States collapsed and Chinese and American officials failed to reach a deal.

Trade talks between China and the United States collapsed because there was “a critical cultural gap” on the understanding of law between the two sides, according to a professor at the University of Hong Kong.

The explanation offered by Chen Zhiwu, director of the Asia Global Institute in Hong Kong who also taught at Yale University, provided a fresh perspective to understand how Chinese and American officials failed to reach a deal to end the trade war after months of negotiations.

According to an article published by Chen on Thursday, the high-stakes talks involved “lawyers” on the US side and “economists” on the Chinese side who had very different understandings of the importance of law to the final agreement.

The US team, led by experienced lawyer Robert Lighthizer, are “particularly skilled at imagining all possible scenarios and specifying corresponding remedies and actions” and insisted on including such arrangements into Chinese law.

However, members of the Chinese team, led by Vice-Premier Liu He, are mainly economists who are “professionally more comfortable speaking in general terms than about detailed and nuanced scenarios and contingencies,” Chen noted. “Lawyerly talk is like a foreign language to them.”

The gap led to distrust as “the US side interpreted China’s refusal to change relevant laws as evidence of a lack of sincerity and commitment, whereas the China side viewed the American insistence on legislative action as publicly humiliating”, Chen added.

The US side has failed to understand that China is not a rule-of-law country and administrative action by the state, not the laws, achieve success in China, he argued.

“Ask any Chinese on the street whether laws or administrative action is more effective in enforcing trade agreements, and without doubt most if not all would say the latter,” Chen said.

Since the breakdown of talks in early May, Beijing and Washington have been exchanging sharp words as to which side is to blame.

The US side said China had withdrawn its earlier promises at the last minute, making a trade deal impossible. Beijing published a white paper on Sunday that rejected the US allegation, saying the US side should bear sole responsibility for the stalled talks because it kept raising demands that threatened China’s sovereignty. The US side, in turn, responded that Washington’s insistence on “detailed and enforceable commitments from the Chinese” in no way constitutes a threat to China’s sovereignty.

Chen stressed that the US demands for China to codify its commitments into laws would not be meaningful when the world’s second biggest economy is still not a rule-of-law country.

“Even if such laws were agreed and make it onto the statute books, they would deliver less compliance than administrative and regulatory measures, which are still the mainstay of Chinese governance,” he wrote.

Chinese central bank governor Yi Gang’s is set to meet with US Treasury Secretary Steven Mnuchin this weekend at a gathering of G20 finance leaders in Japan which would be the first chance to break the impasse since negotiations broke down a month ago.

The scheduled bilateral meeting between the two senior officials could offer signs for a possible meeting between Chinese president Xi Jinping and his US counterpart Donald Trump at the G20 leaders summit in Osaka on June 28-29.

On Thursday, Trump reiterated threat to enforce further tariffs on another US$300 billion of Chinese goods having already more than doubled tariffs to 25 per cent on US$200 billion of imports from China.

This article first appeared in the South China Morning Post on June 10, 2019. The views expressed in the reports featured are the author's own and do not necessarily reflect Asia Global Institute's editorial policy.