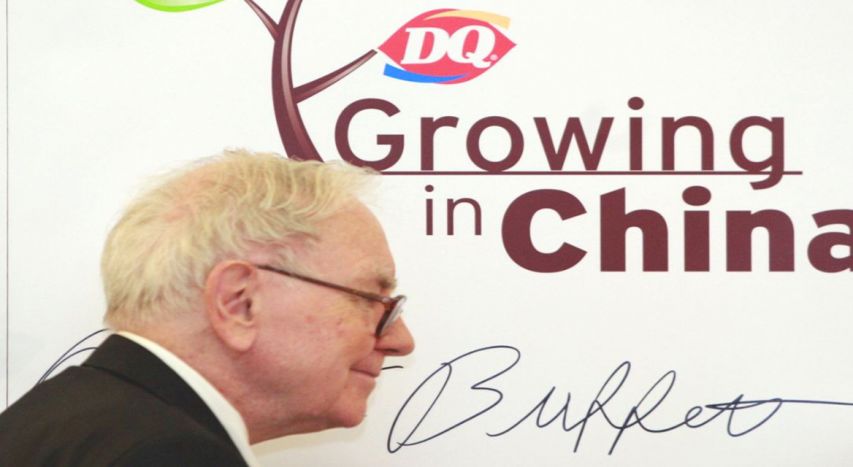 Unlike Warren Buffet, the world is missing the forest for the trees, evident in the proliferation of debt

Berkshire Hathaway sees its investments as groves of trees, still picked for their solid fundamentals. Meanwhile, Asia Global Institute's Distinguished Fellow Andrew Sheng says that the world has spent the past decade feeling rich due to a bubble of debt and central bank liquidity, ignoring challenges like climate change.

There are few investors who deliver solid results year after year. Hedge funds often get spectacular results, then crash and burn. No wonder, then, that the world’s most successful investor Warren Buffett’s annual letter to Berkshire Hathaway shareholders always makes fascinating reading.

For 54 years, Berkshire Hathaway’s per share market value return has posted a compounded annual gain of 20.5 per cent, more than double that of S&P 500 shares (with dividends included). In 2018, when global markets took a beating and the S&P 500 lost 4.4 per cent, Berkshire returned 2.8 per cent.

The reason for Buffett’s success is that he focuses on fundamental value, looking at good companies with able, no-nonsense management that operate businesses with durable franchises. Eighty-eight-year-old Buffett and his 95-year-old partner Charles Munger do not believe in complicated finance theory, calling financial derivatives “weapons of mass destruction” and saying, “Berkshire’s whole record has been achieved without paying one ounce of attention to the efficient market theory in its hard form.”

These investors have an organic ecosystem view of the world, in which they look after five “groves” of economic trees. The first grove comprises non-insurance businesses that Berkshire majority owns or controls. The second grove is a portfolio of publicly listed shares in which Berkshire owns 5 to 10 per cent stakes, of which the most interesting are the sizeable stakes in Coca-Cola and Apple. The third is ownership in partnership with others in four companies, the most prominent being the food giant Kraft Heinz. The fourth is US$132 billion in US Treasuries, fixed-income instruments and cash that keeps the company liquid. The fifth comprises core holdings in insurance companies.

With a market capitalisation of just under US$500 billion, the partnership has outperformed the US economy, and done significantly better than major funds such as the Norway’s Government Pension Fund Global, which yielded 6 per cent rate of return over roughly 20-year horizon. Berkshire Hathaway’s performance should be seen in the context of the global investment climate. In 2018, the rise of geopolitical tensions, notably the US-China trade war and Brexit, the slowdown in almost all economies except the US, natural and man-made disasters, uncertainty on the direction of interest rates and technology disruptions, had investors either sitting on cash or simply trading speculatively rather than taking any long-term view.

Credit Suisse’s Global Wealth Report put global wealth in 2018 at US$317 trillion, roughly 2.5 times global gross domestic product. Global debt is also very high, at over US$169 trillion, of which the US government’s US$22 trillion comprises a sizeable chunk. In addition, much of the global rise in asset prices was because of historic cuts in interest rates, aided by central banks’ quantitative easing strategy. In other words, since 2008, global growth was really due to pumping up liquidity, not investing in real businesses.

Global foreign direct investment flows fell by 23 per cent to US$1.43 trillion in 2017, according to the United Nations Conference on Trade and Development. Much of this lack of confidence is not just due to geopolitical tensions, but disruptive technology and changes in millennial consumption patterns. For example, the large write-down in the value of Berkshire’s Kraft Heinz investment was because US discount warehouse Costco’s own brand sales had trumped Kraft Heinz sales.

The arrival of 3D printing, tariff hikes, protectionism and demand for the localisation of jobs means that global supply chains are being revamped dramatically. Cheap labour industrial policies no longer work in the face of robotic manufacturing. Tariff hikes will push production closer to home markets. And if automation cuts jobs and incomes of the working class, consumption will take a hit, which is why all businesses are rethinking their business models and investment policies.

Meanwhile, climate change is increasingly taken centre stage. In 2014, the Intergovernmental Panel on Climate Change estimated that the cost of stabilising greenhouse gas emissions would be around US$13 trillion up to 2030.On the other hand, Oxfam noted that last year, the poorest half of the world became 11 per cent poorer, while billionaire fortunes rose 12 per cent or US$2.5 billion every day. That tension, together with human migration under climate change and governance failures, means that politics in richer countries has become increasingly toxic.Even Buffett has warned that taxes on the rich must rise. But with an estimated US$30 trillion assets hidden in tax-free offshore centres, and annual tax losses of US$500 billion or more, it is not surprising that global numbers do not add up.

We simply have neither the political will nor the resources to deal with the existential issues of climate change and social inequality under the present global order.

This article first appeared in the South China Morning Post on March 1, 2019. The views expressed in the reports featured are the author's own and do not necessarily reflect Asia Global Institute's editorial policy.