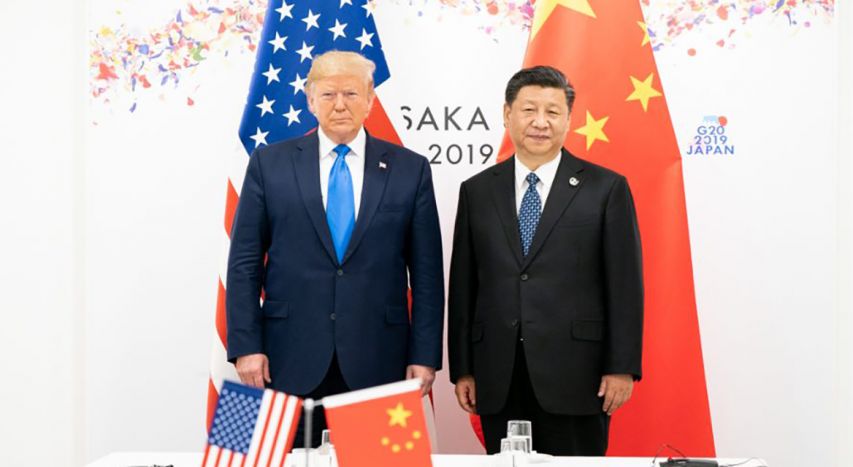 While the US trade deficit has increased since President Trump began his tariff war with Beijing, production has shifted out of China to neighboring countries, weakening the Chinese economy. Trump has essentially won the first phase of the war, Professor Zhiwu Chen and Professor Heribert Dieter of the Asia Global Institute argue. But as Trade War 2.0 begins with another round of negotiations in October, the US leader may rush a deal that may be light on the structural reforms and compliance monitoring measures Washington originally demanded.

Since the US-China trade war started in March 2018, the two countries have been slinging tariffs at each other in between the 12 rounds of negotiations. With the next talks set for October, it is natural to wonder whether one side or the other has won the epic battle’s first phase.

Based on his speeches and Twitter statements, Trump had two primary goals: to cut the US trade deficit with the world, with China in particular, and to force the relocation of supply chains and production out of China to strategically weaken its long-term economic power. For their part, the Chinese have been mostly playing defense, with their main objective being to minimize damage to supply chains that have taken decades to build while maintaining access to the US market. Because of this difference in aims, it has been in the interest of the US to delay the signing of an agreement, while China showed a strong desire to do an early deal but to no avail.

Based on the results so far, President Trump has largely won Trade War 1.0. There has been substantial relocation of production out of China, damaging its supply chains, though the American trade deficit with the world has continued to grow, much against Trump’s primary goal. As we enter Trade War 2.0, it is now the Trump administration that is more eager to make a deal; China is no longer in a hurry.

But that conclusion holds only if one looks at the effects on and with China. While trade conflicts will reduce overall welfare, there will be winners once players beyond the two sides in the trade war are reckoned. During the same seven months of 2019, imports to the US from Mexico rose by 6.3 percent, from Vietnam by 33.3 percent, from Japan by 4.6 percent, from South Korea by 9.8 percent, and from Taiwan by 20.3 percent.

Without taking other countries into account, the total increase in US imports from these five economies alone is about US$35 billion, almost identical to the import reduction from China over this period. In fact, from 2018 to 2019, total US imports from all countries for the first seven months increased by more than US$6 billion, with the overall US trade deficit rising from US$494.5 billion to US$506 billion. Amid the trade war, the US trade deficit has gotten bigger, not smaller!

Against this metric, the Trump tariff strategy has not worked. However, one can easily argue that the real goal behind the trade war is not to reduce overall US deficit, but to force relocation of production from China to other countries and to weaken the Chinese economy. Imports to the US are no longer coming from the cheapest sources but from the cheapest sources after tariffs are included. Since the Trump administration has applied tariffs selectively against China, the cross-country composition of US imports has been altered significantly and is continuing to change. In the textiles sector, for example, there is a growing belief that US trade policy will not be reversed. Michael Casey, chief executive of Carter’s, a children’s clothing chain, stated: “We’re assuming these tariffs will stay in place indefinitely”.

The data demonstrate that there has been significant relocation of production out of China and into Vietnam, Mexico, Taiwan, South Korea and Japan. Even though actual tariffs on Chinese imports were not imposed until July 6, 2018, trade war talks and threats had been going on from the very beginning of the Trump Administration, adding much uncertainty to the future trade framework between the US and China.

Confronted by the heightened risks, American and other multinational businesses have had more than two years to decide whether to stay or move. It bears remembering too that the trend to diversify production locations beyond China (referred to as a “China-plus-one” strategy) has been playing out for years, with even Chinese companies shifting some operations, typically to Southeast Asia. The trade war appears to be confirming, if not accelerating, this tendency.

The devil in the details

Jack Welch, CEO of General Electric from 1981 to 2001, famously quipped: “Ideally, you’d have every plant you own on a barge to move with currencies and changes in the economy”. Of course, today’s factories are less mobile than Welch would have liked them to be. The textile industry is perhaps the most portable. It takes significantly more time and effort to relocate, say, a semiconductor factory. Textiles are as an early indicator of longer-term trends: If textile production shifts, other industries may follow.

Prior to September 1, 2019, the US had imposed three waves of tariffs on Chinese goods. The first was launched on July 6, 2018, affecting US$34 billion worth of textiles and other easily substitutable goods at a tariff rate of 25 percent. The second rolled out on August 23, 2018, covering U$16 billion of goods also at 25 percent. The third was introduced on September 24, 2018, penalizing US$200 billion of goods at a lower tariff of 10 percent (hiked up to 25 percent on June 15, 2019). More tariff batches are planned for the remaining US$300 billion of imports from China unless Trump decides otherwise.

Data for the first three rounds of tariffs shed light on the relocation mechanisms. According to a Barclays Emerging Markets Research report, by June 2019, China’s exports of goods included in the first two batches was already down more than 50 percent year on year, whereas those in the third batch were down about 45 percent compared to the same month in 2018.[1] Thus, the impact of tariffs on the targeted Chinese goods is by itself already quite dramatic, even without taking into account the relocation impact on supply chains.

Over the past two years, some of China’s neighbouring economies have begun to develop programmes to host manufacturing companies that leave China. Thailand’s Board of Investment (BOI) is devising a “relocation package” aimed at attracting 100 companies, including Chinese firms.

Vietnam and Taiwan are two economies attracting many foreign firms and experiencing an export boom to the US as a result of the trade war. As a consequence of this shift out of China, three quarters of Ralph Lauren’s imports to the US are now manufactured outside the country, whereas previously the figure was two-thirds. Vietnam, hailed as the biggest winner in the US-China trade war, has emerged as the destination of choice for relocation from China. Today, Vietnam is the second largest exporter of apparel to the US after China.

In 2018, GoreTek Inc (歌爾), which manufactures Apple’s AirPod earphones, announced that it would move production from Shandong in China to Vietnam. Foxconn, the key Apple supplier, later declared its intention to do the same. Low wages compared to its neighbors have certainly contributed to Vietnam’s attractiveness: The daily minimum wage ranges from US$4.20 to US$6.00, significantly lower than Thailand’s, where workers earn at least US$10.80 a day.

Relocation presents challenges. One is worker skills and experience. Vietnam, for instance, does not having the same specialized and trained workforce that China boasts. This has tempered the enthusiasm of corporations wanting to move production to Vietnam. With less than one tenth of the China’s population, Vietnam will not be able to replace China any time soon. It lacks the specialized supply chains that China has developed over decades. Faced  with these difficulties, firms have relocated production of exports to the US to other locations, while continuing to manufacture in China for other markets and for domestic consumption .

Trade War 1.0 is prompting the relocation of production to a range of other economies. For easy-to-move manufacturing, Vietnam, Thailand and Bangladesh are benefiting. For more advanced products, relocation tends to favor South Korea, Japan and Taiwan, though the process of leaving China may take longer as finding alternatives is more complicated.

Some producers might be tempted to bypass US tariffs by repackaging and relabelling products in economies not affected by the trade war. But such an approach will most likely not work due to the rules of origin. Customs authorities have developed an elaborate toolkit to penalize such tactics. Importers have to document the origin of their products. There are several ways to establish the origin: natural origin, substantial transformation, change of tariff heading, and finally the valued-added approach. The latter is both the most complex and the most widely used method.

Take the trade agreement between the US and Singapore. To protect American producers, the agreement has 284 pages in a separate annex to detail the rules of origin (Annex 3A). US customs authorities use those regulations to slow down trade. Therefore, simply repackaging in Singapore of goods produced in China will not work.

Trade War 1.0 between the US and China has had an impact on the direction and geographic distribution of international trade. Exports from China to the US have declined, but exports from other economies to the US have risen. Contrary to President Trump’s wish, the trade war has not cut US imports or its trade deficit. Both have increased since the tariffs against China started. Still, to the extent that the core US goal was to spur the relocation of production out of China and damage Chinese supply chains, Trump has won Trade War 1.0.

Since much of the damage to China’s supply chains is done, as the two sides enter the next phase of their dispute – Trade War 2.0 – their relative negotiating positions have switched: China is not as eager to reach a trade agreement since it is difficult for any such deal to reverse the damage already done. Trump, meanwhile, is now under pressure to get a deal to help his re-election bid, amid early signs of an economic slowdown and complaints from the American business community.

Under these circumstances, we would not expect China to make extraordinary concessions but would anticipate a much watered-down trade agreement that is light on the structural reforms and compliance monitoring mechanisms that Washington had been demanding. Could China emerge as the winner of this second round? 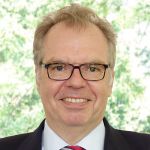