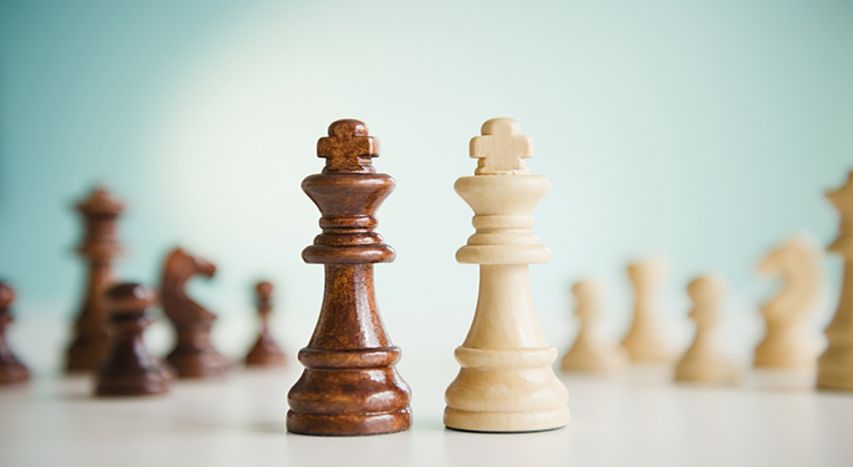 Asia Global Institute’s Distinguished Fellow Andrew Sheng argues that today false certainties have evolved into false binaries. This comes from the rise of social media, when everything complex must be explained to the masses in very simple terms-- like or dislike. False binaries are pushed by Americans in the current US-China trade— China is not being fair to the US, making statements as if only one side is right and the other side is wrong. He believes that unless we rationally arrive at a common basis of understanding, false binaries will lead to an escalation of lose-lose situations.

Western economic theories carry with them many assumptions that are unspoken or not spelled out. For example, most theories carry the assumption “ceteris paribus” or all other things being equal, which is false in practice. The reality is that nothing stays still and things are neither static nor equal. Logically speaking, if the assumptions are wrong, the theory and therefore its conclusions or predictions will be wrong.

Another false premise is that theories can explain everything. A theory by definition is a reductionist view of reality — it reduces a huge amount of information into a model that can explain the principles behind the behavior or situation observed. This is why anomalies will make the theory obsolete and the old theories will be replaced by better theories or models. Bad theories often come from poorly argued ideologies.

The reason why current economic models do not work well to explain what is happening is that the economics profession, in trying to be more “scientific,” has removed the word “political” from political economics. As Nobel Laureate Paul Krugman said, “The economics profession went astray because economists, as a group, mistook beauty, clad in impressive-looking mathematics, for truth. Economists want a subject that is fundamentally about human beings to have the mathematical certainty of the hard sciences.”

Natural science advances through evidence-based research. A theory is tested against the evidence and this process can be replicated under different circumstances. This is possible under physical sciences, but very difficult under social sciences, because the exact experiment cannot be replicated when human beings change by the minute.

Psychological tests, for example, can produce generalities or patterns about human behavior, but there is no “theory of everything” for psychology. Economics, particularly the neo-classical version, pushes a universal theory of the economy that purports to apply to all circumstances and all times.

The false logic of neo-classical theory is illustrated in the “efficient market hypothesis.” In a perfect market economy with perfect information and the perfect clearing of all products in an economy, the market produces optimal resource allocation and would automatically revert to stability. The “efficient market hypothesis” in finance suggests that since the market comprises actual historical transactions and embodies all information available, you can’t beat the market as an investor. “The market is always smarter than you.”

This sounds plausible and has created thousands of exchange-traded funds (ETFs) to sell to investors, because the myth is that investing in a market index is better than active investing by experts. The experts cannot beat the market performance.

But this is a hypothesis that sounds plausible, but is not always true. There are many experts who can beat the market. The only problem is that they charge fees that are higher than the market average.

In the 1950s, neo-liberal economists like Friedrich Hayek pushed the idea of free markets, because he argued that markets have self-order. His Hungarian contemporary Karl Polanyi argued instead that self-regulating markets do not work, because they have to function in conjunction with the state. Polanyi’s logic is that the market is part of a larger society, since many goods and services are not transacted in society, such as the services within a family. People act altruistically and cooperate socially, without wanting a price for everything.

Furthermore, society operates within nature and is part of the larger planet. Man lives with nature, just as Earth is part of the universe with the sun providing all the energy for our planet. In other words, market economists too simplistically assume that a small part of a whole can be extended to explain the complex whole. This is false certainty, if not intellectual arrogance.

Today, false certainties have evolved into false binaries. The world is simplistically painted into state versus market, democracy versus autocracy, right versus left. This comes from the rise of social media, when everything complex must be explained to the masses in very simple terms — like or dislike.

These false binaries are very dangerous, because the system is painted in terms of either the market or the state, ignoring that reality is a mixture of both. In simple terms, life is not about black or white, but a million shades of grey. A false binary excludes looking at the middle, which is created by the interaction between opposites.

This over-emphasis on markets has allowed economists to ignore and under-estimated the impact of climate change. For example, the economists’ idea that “climate change is an externality” or “market failure,” has led to completely ignoring how climate change is an existential threat and cannot be marginally priced. Trying to artificially create “carbon pricing” to trade carbon emissions would only be benefiting Goldman Sachs and other financial traders, but ignore how billions will die if the state does not take the lead to deal with natural disasters, food and water failures from excessive global warming.

We cannot operate on overly simplistic theories, but seeking truth from facts is the right way to go. This really means that we must continue to have good feedback from evidence. Change comes from good feedback, in markets as well as state policymaking. Facts require good standards of measurement.

For example, GDP was a good indicator for many years, but we now know that GDP under-measures non-market transactions and is also blind to inequality, natural resource pricing and inefficiencies in social structures such as bureaucracies. We need better metrics or standards that can capture the complexity of human needs and values.

False binaries are pushed by Americans in the current U.S.-China trade — China is not being fair to the United States, making statements as if only one side is right and the other side is wrong. Unless we rationally arrive at a common basis of understanding, false binaries will lead to an escalation of lose-lose situations.

This article first appeared in Caixin on September 2, 2019. The views expressed in the reports featured are the author’s own and do not necessarily reflect Asia Global Institute’s editorial policy.