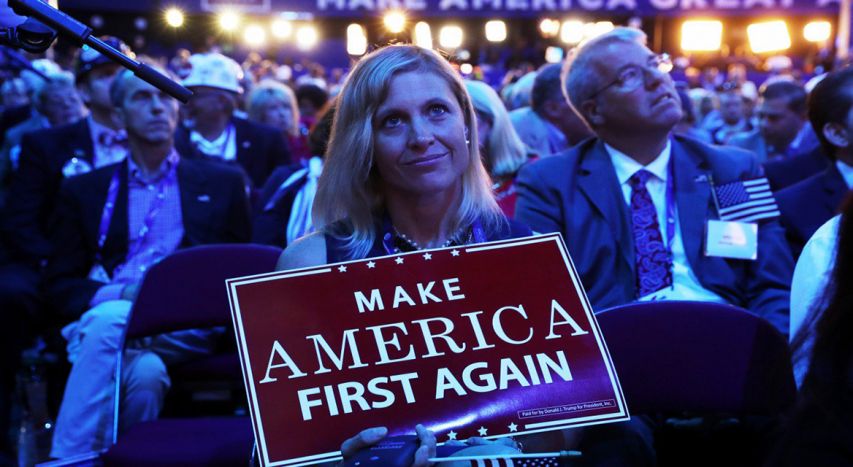 The US stumbles under the burden of global leadership. The rest of the world may pay a heavier price

Asia Global Institute's Distinguished Fellow Andrew Sheng says that the turn to populism suggests the old system of Keynesian spending, free trade and military commitments no longer works for the US. This could be costly for America’s partners.

Is the world in crisis or is it only a crisis of the neo-liberal order?

However, he was actually describing the 35 years (1865-1901) after the American civil war, when the US emerged to become the major challenger to the British Empire. It took another 45 years, at the end of the second world war, to realise Pax Americana, confirming the US as the dominant global military, economic and political power.

But having acquired global power, what was the strategy going forward? The neo-liberal order was the strategy to bring the New Deal of President Franklin D. Roosevelt to the world. Use Keynesian spending to revive the global economy, win friends and convert them to Pax Americana.

The spread of American culture of global consumerism was a promise of five freedoms – freedom of speech, to vote, of trade, of capital and of migration. This was a convincing American dream, that every individual could have all he wants under Pax Americana. Consumption in excess of income must be funded by debt.

As America remains a major food producer to the world and provider of global public goods, the rest of the world pays for the nuclear umbrella and support for free trade and the ideas of more freedoms under the multilateral system through the holding of more US debt.

This is why the 1944 Bretton Woods Conference was crucial in shaping the current global financial architecture.

The US rejected the multinational currency system proposed by Keynes in favour of the current architecture, centred around the dollar. Pax Americana is funded by the central position of the US dollar, which allows the US to run deficits unsustainable for any other country.

The subtle but crucial difference between the Keynesian proposal and what we have today is that the US adopted a unipolar multilateral model, in which the US had the final say on the global military, political and financial architecture.

As Professor Daniel Drezner stated succinctly in the latest issue of Foreign Policy magazine, “having global rules of the game benefits everyone, but the content of those rules benefited the United States in particular”.

As Belgian-American economist Robert Triffin recognised in the 1970s, the US could run trade deficits through an “exorbitant privilege” because the rest of the world, which was growing faster than the US, needed more global monetary liquidity and dollars as a store of value.

Even though the US feared the loss of monetary sovereignty because growing US debt was held by the Chinese and other surplus economies, the crisis revealed the reverse.

It was the Fed’s ability to conduct quantitative easing, including the provision of dollar swaps to American allies, plus the willingness to run very large fiscal deficits, that restored American stability and eased global liquidity.

The Europeans bungled their crisis by using quantitative easing but did not resolve their internal debt imbalances through creating a unitary fiscal system that would have eased southern European debt. The Chinese overshot their stimulus package through excessive debt creation.As a result, instead of a 10-year cycle of financial crisis, we ended up with a political crisis where the middle class swung to populist ideas both on the right and left, and a polarised world divided by insecure identities of who we are and where we go next.

They are fed up with the neo-liberal promises of freedom, where in practice the 0.1 per cent increasingly control the levers of income, wealth and power.

Beyond the noise of excessive chaos, one signal is becoming increasingly clear. Pax Americana is changing because the no-longer unipolar power is rethinking its global and national game.

One major reason is because the White House acts transactionally like the classic American businessman who operates on a quarterly reporting basis, whereas the long-term grand strategy of a stable world run by a strong and stable America has lost its shelf life.

In other words, contrary to its stated policy of pivoting to the East, America first pivoted outward to Europe, then got stuck in the Middle East and is now struggling to pivot East. Actually, America is pivoting inward to what she really wants.

The current bilateral trade negotiations to solve its trade deficits and asking allies to pay more for defence spending all signal that the United States finds its global burden getting too heavy to bear. It cannot continue to spend trillions in the Middle East with no end game in sight.

It needs to spend more at home to deal with fraying infrastructure, and improve medical care and welfare to deal with growing inequalities. And it needs to face the looming climate change crisis.

The Pax Americana crisis is not global, it starts at home.

The recently published Mueller report and the controversies regarding what to do with it reveals that democracy has so far been about all checks and no balance.

This creates a situation where the executive wants fewer checks on its power internally. In other words, the rest of the world recognises the emergence of autocratic leadership in Washington, as is being practised almost normally elsewhere.

The crisis of Pax Americana has historical echoes in Pax Romana. When Julius Caesar crossed the Rubicon in 49BC to establish control over squabbling politics in Rome, the Roman Republic was changed forever.

This is not to say that Pax Americana will not persist for decades to come, but its character is changing radically. The rest of the world may have to shift from a receiver of global public goods to having to pay for such services. From pax to tax – that’s the global dilemma.

This article first appeared in the South China Morning Post on April 27, 2019. The views expressed in the reports featured are the author's own and do not necessarily reflect Asia Global Institute's editorial policy.