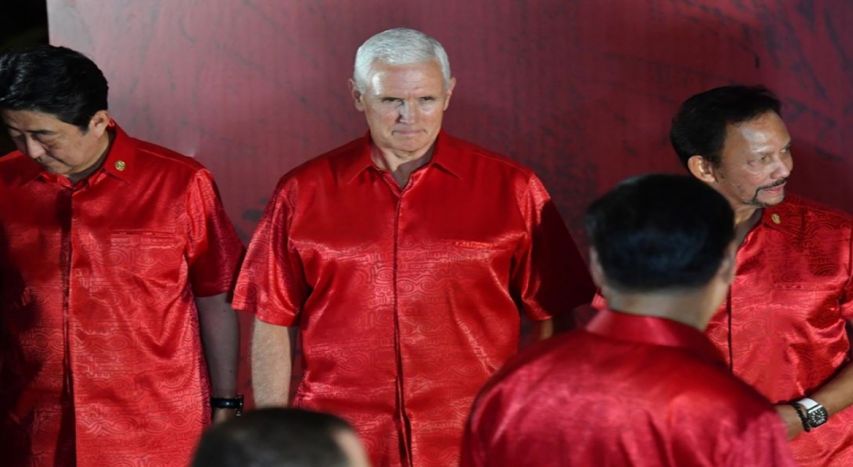 The US is dismantling the multilateral order it built, but the world will have to carry on

Andrew Sheng, Distinguished Fellow of Asia Global Institute, says US-China relations are unlikely to recover, even with the forthcoming Trump-Xi meeting. The US is turning inward, and the rest of the world has to find a way forward in this new political order.

The Chinese have a saying, “crossing the river by feeling the stones”, which describes a folksy, pragmatic approach to an uncertain situation, whether it is reforming the economy or going on the Long March. When uncharted territory looms, the idea is to take slow, but bold, steps forward – to improvise along the way, adapt and survive.

The approach is consistent with Ming dynasty philosopher and war minister Wang Yangming’s dictum: knowledge and action are one (知行合一). In a situation when existing knowledge cannot guide you, only action can reveal the way forward.

We have arrived at just such a moment in history. In the past few months, the gulf between the United States and China has widened greatly, even as their trade war rages on. US Vice-President Mike Pence’s China speech in October was interpreted as the opening salvo in a new cold war. In November, 21 countries, including the US and China, failed to arrive at a routine joint statement at the Apec summit in Papua New Guinea.

Most analysts are looking forward to cooler rhetoric when US and Chinese presidents Donald Trump and Xi Jinping meet at the forthcoming G20 gathering. But it should be clear that Trump and Pence have only been reflecting a widespread consensus in Washington that China is a strategic competitor, as the US swings further away from globalisation and towards protectionism.

As former Trump adviser Steve Bannon has said, American workers are angry. They are angry at the elite – the financial-political complex – who spent trillions on wars in Iraq, Afghanistan and elsewhere; who let foreigners and robots steal millions of factory jobs; and who printed US$3.4 trillion of new money to make the rich richer and the hard-working poor poorer. The Trump administration is therefore restricting immigration and fighting a trade war with China to “maximise citizenship value”, a variation on the corporate phrase, “maximise shareholder value”.

There is little doubt that America’s trading partners, not only China but also Japan and Europe, have been wrong-footed by the Americans’ change in direction. From now on, it can no longer be business as usual. America is dismantling the multilateral order it built over the past 70 years and taking a bilateral approach that will force allies to pay for their own defence, cut trade deficits and play by American-made rules.

America can do this not because it is the strongest military power but because it has the world’s largest consumer market. The buyer, not the seller, is always right. As former Chongqing mayor Huang Qifan has pointed out, a powerful exporter is not necessarily an economic power, but a large importer is sure to be a real powerhouse. Strategically, China sees that domestic consumption is the way to go.

The cold war of the 1950s is not the right analogy for today, because the Soviet Union was never a major global trader. However, China today is the world’s largest trading nation and it is at the centre of a global supply chain – components and materials from around the world are assembled in China – that would be easier to transform than break. The trade war is actually an exercise in disentanglement in which there will be few winners in the short term and unpredictable consequences in the long term.

The best example of how difficult disentanglement is, is surely Brexit. After two years of hard negotiations, the Brexit deal proposed by Prime Minister Theresa May is a lose-lose for all. The UK cannot keep the benefits of free trade with Europe without accepting the European Union’s rules. Europe cannot afford to let Britain leave easily without itself being hurt by leavers. Meanwhile, neither Europe nor America can extricate themselves from the Middle East without hurting Israel and themselves. A failed Middle East and North Africa might bring millions more migrants to Europe.

Political scientist Francis Fukuyama famously predicted “the End of History” at the end of the cold war, which Western liberalism would win and major powers would converge on liberal political and economic models. But what we have witnessed instead is the revenge of history, geography, demography and climate change. At a time when the world should be working together to deal with global warming, inequality and disruptive technology, the divide between nations is deeper than the Pacific Ocean.

On this side of the Pacific, Asians have been chasing the American dream for the past 70 years, but they are realising now that they have sacrificed their youth, environment and health for an illusion. American rhetoric about unfair Asian trade should be reconsidered from the Asian perspective. Consider, for example, how terrible American-style consumerism has been in terms of carbon emissions, and the destruction of Asian forests, rivers and marine reefs.

Still, asking Asian exporters to choose between America and China is like trying to unravel a tapestry woven over many years. On this side of the Pacific, no one wants to cut the threads that bind us all. But if America wants to go it alone, then Asia will have to figure something out, one stone or one step at a time.

This article first appeared in the South China Morning Post on November 23, 2018. The views expressed in the reports featured are the author's own and do not necessarily reflect Asia Global Institute's editorial policy.