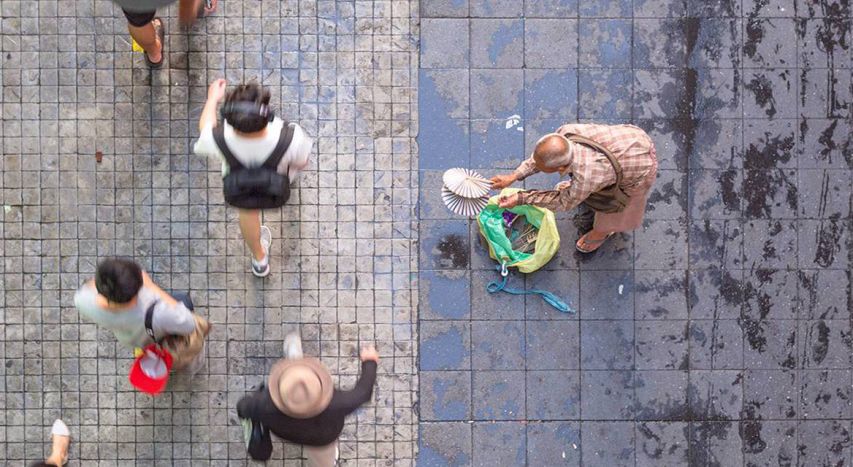 The Inequality of Nations

Michael Spence, Advisory Board Co-Chair of Asia Global Institute, thinks the eighteenth-century British economist Adam Smith’s failure to consider the market’s distributional effects has come back to haunt us.

MILAN – The eighteenth-century British economist Adam Smith has long been revered as the founder of modern economics, a thinker who, in his great works The Wealth of Nations and The Theory of Moral Sentiments, discerned critical aspects of how market economies function. But the insights that earned Smith his exalted reputation are not nearly as unassailable as they once seemed.

Perhaps the best known of Smith’s insights is that, in the context of well-functioning and well-regulated markets, individuals acting according to their own self-interest produce a good overall result. “Good,” in this context, means what economists today call “Pareto-optimal” – a state of resource allocation in which no one can be made better off without making someone else worse off.

Smith’s proposition is problematic, because it relies on the untenable assumption that there are no significant market failures; no externalities (effects like, say, pollution that are not reflected in market prices); no major informational gaps or asymmetries; and no actors with enough power to tilt outcomes in their favor. Moreover, it utterly disregards distributional outcomes (which Pareto efficiency does not cover).

Another of Smith’s key insights is that an increasing division of labor can enhance productivity and income growth, with each worker or company specializing in one isolated area of overall production. This is essentially the logic of globalization: the expansion and integration of markets enables companies and countries to capitalize on comparative advantages and economies of scale, thereby dramatically increasing overall efficiency and productivity.

Again, however, Smith is touting a market economy’s capacity to create wealth, without regard for the distribution of that wealth. In fact, increased specialization within larger markets has potentially major distributional effects, with some actors suffering huge losses. And the refrain that the gains are large enough to compensate the losers lacks credibility, because there is no practical way to make that happen.

Markets are mechanisms of social choice, in which dollars effectively equal votes; those with more purchasing power thus have more influence over market outcomes. Governments are also social choice mechanisms, but voting power is – or is supposed to be – distributed equally, regardless of wealth. Political equality should act as a counterweight to the weighted “voting” power in the market.

To this end, governments must perform at least three key functions. First, they must use regulation to mitigate market failures caused by externalities, information gaps or asymmetries, or monopolies. Second, they must invest in tangible and intangible assets, for which the private return falls short of the social benefit. And, third, they must counter unacceptable distributional outcomes.

But governments around the world are failing to fulfill these responsibilities – not least because, in some representative democracies, purchasing power has encroached on politics. The most striking example is the United States, where electability is strongly correlated with either prior wealth or fundraising ability. This creates a strong incentive for politicians to align their policies with the interests of those with market power.

To be sure, the Internet has gone some way toward countering this trend. Some politicians – including Democratic presidential candidates like Bernie Sanders and Elizabeth Warren – rely on small individual donations to avoid becoming beholden to large donors. But the interests of the economically powerful remain significantly overrepresented in US politics, and this has diminished government’s effectiveness in mitigating market outcomes. The resulting failures, including rising inequality, have fueled popular frustration, causing many to reject establishment voices in favor of spoilers like President Donald Trump. The result is deepening political and social dysfunction.

One might argue that similar social and political trends can also be seen in developed countries – Italy and the United Kingdom, for example – that have fairly stringent restrictions on the role of money in elections. But those rules do not stop powerful insiders from wielding disproportionate influence over political outcomes through their exclusive networks. Joining the “in” group requires connections, contributions, and loyalty. Once it is secured, however, the rewards can be substantial, as some members become political leaders, working in the interests of the rest.

Some believe that, in a representative democracy, certain groups will always end up with disproportionate influence. Others would argue that more direct democracy – with voters deciding on major policies through referenda, as they do in Switzerland – can go some way toward mitigating this dynamic. But while such an approach may be worthy of consideration, in many areas (such as competition policy), effective decision-making demands relevant expertise. And government would still be responsible for implementation.

These challenges have helped to spur interest in a very different model. In a “state capitalist” system like China’s, a relatively autocratic government acts as a robust counterweight to the market system.

In theory, such a system enables leaders, unencumbered by the demands of democratic elections, to advance the broad public interest. But with few checks on their activities – including from media, which the government tightly controls – there is no guarantee that they will. This lack of accountability can also lend itself to corruption – yet another mechanism for turning government away from the public interest.

China’s governance model is regarded as dangerous by much of the West, where the absence of public accountability is viewed as a fatal flaw. But many developing countries are considering it as an alternative to liberal democracy, which has plenty of flaws of its own.

For the world’s existing representative democracies, addressing those flaws must be a top priority, with countries limiting, to the extent possible, the narrowing of the interests the government represents. This will not be easy. But at a time when market outcomes are increasingly failing to pass virtually any test of distributional equity, it is essential.

This article first appeared in Project Syndicate on August 1, 2019. The views expressed in the reports featured are the author’s own and do not necessarily reflect Asia Global Institute’s editorial policy.