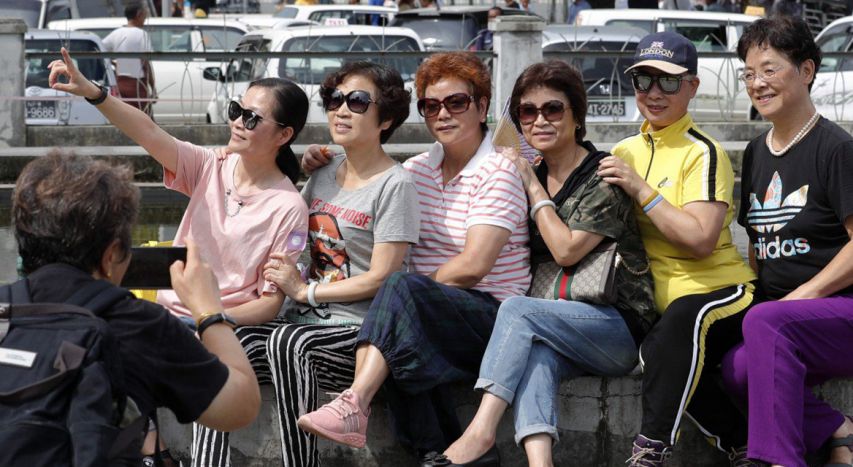 The future of Asia will be dominated by regionalism, growth – and climate change

Asia Global Institute's Distinguished Fellow Andrew Sheng explores how the future of Asia will be dominated by regionalism.

Is the future truly Asian? This question is at the heart of the tensions across the Pacific. If you were to ask Parag Khanna, author of The Future is Asian, the answer would seem obvious. However, if you read his book carefully, you will find a more nuanced answer: he thinks global power will be shared between Asian and Western civilisations.

For the West, the rise of Asia has been frighteningly fast because, as late as 1960, most of Asia was poor, agricultural and rural, with an average income per capita of less than US$1,000 in 2010 prices. But in 50 years, Asia has become more urban and industrialised and is becoming a challenge to the West in terms of trade, income and innovation.

The McKinsey Global Institute has just published an in-depth study of the future of Asia that highlights why the region is both attractive to businessmen and yet feared as a competitor. Conventionally, Asia is divided geographically into Northeast Asia, Southeast Asia, South Asia and Central Asia. But McKinsey has classified the Asian economies differently, into four groups it says are distinct yet complementary.

First, there is “Advanced Asia”, comprising Japan, Australia, New Zealand, Singapore and South Korea, each highly urbanised and with a per capita income exceeding US$30,000. This group provides technology, capital and a market for higher-end consumption to the rest of Asia, but it is ageing fast.

Second, there is China, the world’s largest trading economy and a growing consumer powerhouse. By 2030, the Chinese consumer market will be equal to those of western Europe and the US combined. Increasingly, China is also a capital provider to the rest of the world.

Third, there are the 11 countries in “Emerging Asia” (Asean plus Bhutan, Mongolia and Nepal, but minus Singapore), which are economically interconnected and culturally diverse.

Fourth, “Frontier Asia” and India – essentially South and Central Asia, including Afghanistan – which are largely rural and have young populations.

Taken together, these four Asias now account for one-third of global GDP. Remarkably, 60 per cent of Asia’s total trade is intra-regional, along with 59 per cent of the region’s foreign direct investment and 74 per cent of air travel.

Much of the Asian economies’ growth will come from urbanisation and connectivity with each other. The top 20 cities in Asia will be mega conglomerates and among the world’s largest cities with the fastest-growing income.

A major finding of the McKinsey study is the intensifying localisation and regionalisation of the Asian economies, in terms of trade, finance, knowledge and cultural content (here, I see shades of America first-style protectionism).

Traditionally, savings surpluses from Asia were basically parked in London and New York, then redirected back as foreign direct investment and portfolio flows. No longer.

Increasingly, Asian financial centres are emerging to compete and pump surplus capital from Advanced Asia and China through Emerging and Frontier Asia. In short, intraregional finance is following intra-regional trade.

In a multipolar world, people would prefer regional networks over complete dependence on any single player. As Khanna puts it: “The phrase ‘China-led Asia’ is … no more acceptable to most Asians than the notion of a ‘US-led West’ is to Europeans.”

But are Asia’s rosy growth prospects a sure thing? To judge by the trajectory of half the world’s young people moving into middle-income brackets, the logical answer appears to be yes. But there could be at least three bumps in that road to growth.

Second, even as more Asians have been lifted out of poverty, inequalities of income and wealth have risen in the past 20 years. Causes include rural-urban disparities, and widening gaps in knowledge and skills. In the absence of adequate social safety nets, dissatisfaction, youth unemployment, limited access to housing and unresponsive governance have led to protests.

Third, geopolitical rivalry could mean heightened tensions among the various Asian economies over territorial, cultural and religious differences – which might rapidly escalate into conflict. The region is beginning to spend more on armament and defence, instead of focusing on alleviating poverty and addressing the common threat of climate change.

In the West, two generational leaders have approached these issues from very different angles.

Addressing the United Nations Climate Action Summit, Swedish schoolgirl Greta Thunberg dramatically shamed the older generation for failing to deal with global warming. “People are suffering. People are dying. Entire ecosystems are collapsing. We are in the beginning of a mass extinction, and all you can talk about is money and fairy tales of eternal economic growth. How dare you!” she said

In contrast, speaking at the UN General Assembly, US President Donald Trump made a case for patriotism being a solution to global issues. Climate change was not mentioned at all.

On one hand, the younger generation is pleading for unity in action against a shared problem they inherited but, on the other, the older generation – the very people who created the problem in the first place – are denying there is a problem. This is a generational difference.

But globalisation came about through increasing flows of trade, finance, data and people. It is not a phenomenon that can be blocked by borders, walls and patriotism.

In a multipolar world with a multipolar Asia, America – first or not – would still have to work with everyone. Patriots everywhere must remember it is diversity that keeps the world in balance.

This article first appeared in the South China Morning Post on September 28, 2019. The views expressed in the reports featured are the author's own and do not necessarily reflect Asia Global Institute's editorial policy.