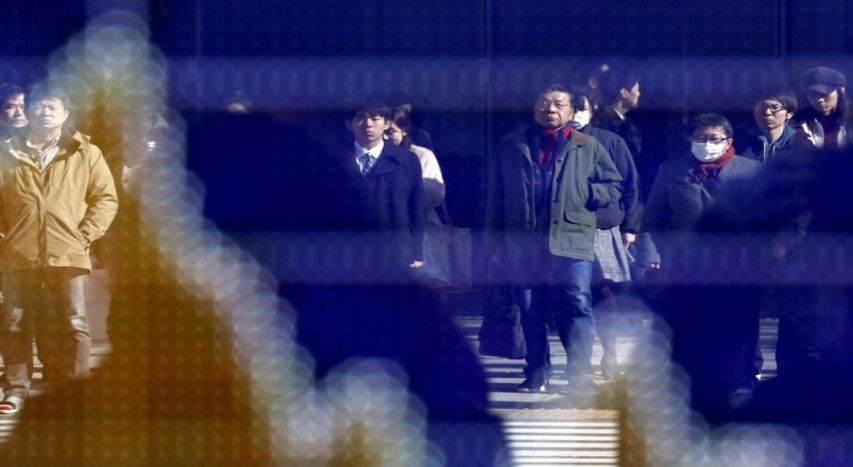 Andrew Sheng, Distinguished Fellow of Asia Global Institute, says the free market is a bad idea that probably belongs in the rubbish bin of history. A system where human beings and mother nature have been reduced to cogs and commodities has brought only misery, and climate change.

In a time of the messy Brexit divorce and acrimonious US-China trade relations, there is angst over whether the world is entering a period of disorder. This month will witness whether these relationships can be saved. But it is already clear that Brexit will happen, deal or no deal, and that even if the United States-China tariff negotiations succeed in furthering detente, the damage to the bilateral relationship will take a long time to repair.

The current issue of Foreign Affairs magazine asks: “Who will run the world?” The US-sponsored liberal global order is in crisis, which means that “the future is up for grabs”, it notes.

The hard reality is that stability is no longer the dictate of a single hegemony, but the outcome of a geopolitical game of thrones, which is itself shaped and disrupted by technology, human migration, climate change, and competing ideologies amid worsening social inequality.

If you believe in astrology, even the blood moons and eclipses are signalling a change in the world order.

The person who predicted the demise of the self-regulating market order was Hungarian historian, sociologist and economist Karl Polanyi (1886-1964). His book, The Great Transformation, came out in 1944, the same year as The Road to Serfdom, by Austrian economist Friedrich A. Hayek (1899-1992).

Hayek founded the Mont Pelerin Society in 1947, which had great success in pushing for neoliberalism around the world on the premise of free markets, free trade, free capital flows, rule of law, primacy of individual freedoms and electoral democracy. Hayek was the intellectual father of the current order.

Even though the socialist experiment in economics failed with the collapse of the Berlin Wall in 1989, the neoliberal order has been shaky since the global financial crisis of 2008, and is beginning to crumble amid lost growth, widening inequality and populist sentiment against globalisation.

Polanyi presciently points out that “the idea of a self-adjusting market implied a stark utopia. Such an institution could not exist for any length of time without annihilating the human and natural substance of society; it would have physically destroyed man and transformed his surroundings into a wilderness”.

In short: “To allow the market mechanism to be the sole director of the fate of human beings and their natural environment … would result in the demolition of society.”

Polanyi’s thesis rests on four crucial insights. First, the economy is embedded in society, which is itself embedded in nature. But to claim the market is self-regulating dehumanises society: when the market is a mechanical system, human beings and mother nature are reduced to cogs and wheels.

And today, the populist revolt against the cruelties of the market and the revenge of nature (that is, climate change) suggest the human and natural worlds have had it with the free market, an idea that should be dumped in the rubbish bin of history.

Second, Polanyi argues that the commodification of land, labour and capital is fictitious: land is a natural resource, not something to be traded and valued. (It is ironic that land is a commodity, but that gross domestic product calculations do not measure the costs of ecological destruction and pollution.)

Human labour cannot be bought and sold as if people are slaves. Money is “merely a token of purchasing power which … comes into being through the mechanism of banking or state finance”. (And what is the true value of money, when central banks can engineer negative interest rates?)

Fourth, the gold standard was a key invention that anchored the idea of a self-regulating market. Gold imposed a “hard budget constraint”, forcing people and states to live within their means.

But it was precisely the pain of deflation, unemployment and social distress – caused by the misguided return to the gold standard – that created the conditions for the rise of fascism in the 1930s.

Modern central banking, on the other hand, is a “soft budget constraint”: when the market tries to impose pain on individuals, firms and states living beyond their means, central banks are asked to print more money.

The fact that the markets are up because the US Federal Reserve has promised to slow the rate-hiking cycle is evidence that people still believe in the “Greenspan put”. Every time the market wobbles, central banks are either lowering interest rates or increasing liquidity.

Free markets cannot exist in practice as long as central banks are around, injecting trillions into global markets and holding more than their fair share of sovereign debt, equity and even non-performing assets in the name of monetary and financial stability. Central bankers are no longer independent if they perceive their job as maintaining the stability of stock market indices.

We cannot talk of a new global order without a hard look at the world as a total, in human, political, financial, social and ecological terms. Economics can no longer be allowed to run riot, independent of politics, sociology and ecology. It just does not add up.

Polanyi was correct about a great transformation, which continues in the 21st century. But what we are facing now is a great destruction.

This article first appeared in the South China Morning Post on February 2, 2019. The views expressed in the reports featured are the author's own and do not necessarily reflect Asia Global Institute's editorial policy.