The Enemy is Us

William H Overholt, Fellow of Asia Global Institute, identifies what he sees as the gravest threat to US global leadership.

For half a century after World War II, the United States pursued one of world history's most successful national strategies: it nurtured the economic and institutional rebuilding of Europe and Japan, the development of other countries, especially in Asia, and bonded them economically, while protecting this strategy with superior military force. Beginning with the Marshall Plan, Presidents Truman and Eisenhower fashioned this bipartisan strategy, limiting military expenditure whenever it threatened resources for the core economic strategy, and all presidents through Clinton pursued it, the latter with particular vigor. This strategy defeated the Soviet Union, which also had a powerful military and a powerful ideology (however perverted the practice), but gave nearly exclusive priority to the military.

Analogues of this economics-focused strategy consolidated the security of U.S. allies. Japan became a big power despite lacking a strong military. In South Korea, General Park Chung Hee took over a country inferior to the North politically, economically, and militarily, and shifted to an overwhelming priority for economic development; today South Korea is stronger in all respects due to an economy more than twenty times the size of that of its military-obsessed adversary. In Indonesia, General Suharto abandoned territorial claims to most of Southeast Asia in order to focus on development and made Indonesia the clear regional leader. China's Deng Xiaoping, emulating them, cut the military budget from 16 percent of GDP to 3 percent in order to focus on development, and China became a great power in only thirty years.

In 2001, the United States abandoned its successful economics-focused strategy. For the first time in modern history, all major foreign policy positions were held by defense specialists: General Colin Powell as Secretary of State, Richard Armitage as his deputy, Donald Rumsfeld at Defense, Condoleezza Rice as National Security Advisor, all led by a former Defense Secretary, Vice President Cheney.

This article first appeared in The International Economist's Summer 2015 edition. To view or download a PDF version of the full article please click here. 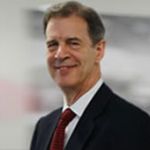