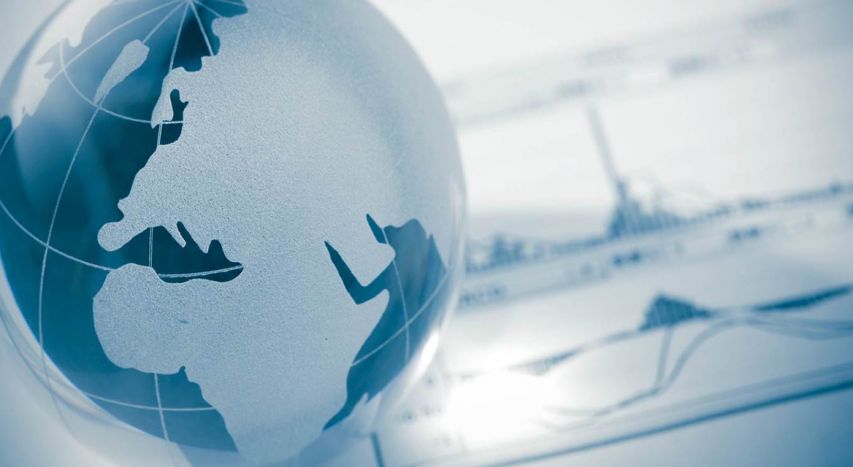 The Economic Consequences of Global Uncertainty

BEIJING – The global economy is weakening, in no small measure because of a deep, widespread sense of uncertainty. And a major source of that uncertainty is the ongoing Sino-American “trade war.”

As Lawrence J. Lau of Stanford University has shown, the problem is not that tit-for-tat tariffs have had an especially large impact, except perhaps on particular US and Chinese economic sectors. Rather, the conflict has cast doubt on the future of global economic connectivity, which has led to lower investment and consumption in China and the United States, and among their respective trading partners.

Moreover, the Chinese state has expanded its role in the economy. State-owned enterprises are back in favor among young jobseekers and in the eyes of the largely state-owned banking sector, even though many SOEs really should be restructured rather than kept afloat. At the same time, many private-sector firms are finding credit scarce and very expensive, and bankruptcies appear to be on the rise. Periodic policy interventions to reverse these longstanding public-private asymmetries have proved insufficient.

As for the US, the economy is coming down from a pro-cyclical fiscal stimulus that was bound to leave a mild hangover. And until very recently, the US Federal Reserve has been tightening monetary policy, with the effects of higher interest rates probably delayed by the Trump administration’s December 2017 tax cuts.

Meanwhile, according to a recent Council on Foreign Relations report, jobs in manufacturing, construction, and mining have become relatively scarce, while unfilled openings in a range of higher-productivity service industries are increasing. More generally, productivity growth has been trending downward, undercutting long-term growth. A McKinsey Global Institute report notes that this trend is partly due to lags in the implementation of new digital technologies. Another factor is the growing skills mismatch, which has also contributed to labor immobility between traditional blue-collar jobs and services.

Political developments are adding to the uncertainty. In the US, no one knows if the 2020 presidential election will result in a second term for Donald Trump or a new Democratic administration governing from either the center or the far left. The range of possible policy scenarios – from antitrust actions against major digital platforms to universal health-care schemes and major changes in the tax system– is more expansive than it has been in decades.

The situation in Europe is not very different. With nationalism and populism (of the left and right) on the rise, anti-establishment parties have either gained ground or taken power in many countries. In light of these developments, the European Union seems increasingly unlikely to undertake sorely needed structural reforms. The only two leaders who could push through such measures, German Chancellor Angela Merkel and French President Emmanuel Macron, have been weakened politically. Merkel has announced that this term will be her last, and Macron has had to contend with widespread (and in many cases violent) protests since November.

Come May, all eyes will be on the European Parliament elections, which could result in a radical reshuffling of personnel at the European Council and Commission. And complicating matters further, the United Kingdom has fallen down the rabbit hole of Brexit, adding to the climate of uncertainty.

On the economic front, Germany’s troubles – owing to its sizeable industrial sector and significant exposure to developments in China – have had spillover effects across Europe. Italy remains in a two-decade period of subdued growth, with youth unemployment at an intolerably high 32%. Worse, the Italian government has taken a confrontational approach to the EU over fiscal rules, but lacks a convincing plan to achieve long-term growth. With Italian sovereign debt having ticked back up toward 140% of GDP, there is reason to worry that a spike in yields for government bonds – as happened in 2010-2012 – could provoke a fiscal crisis.

Should that happen, it is unclear how the European Central Bank would respond. In any case, the absence of strong growth will add to the fragility of the Italian banking sector, as nonperforming loans tend to rise with growth headwinds. That, in turn, will result in tighter credit and damage to still-healthy sectors of the Italian economy.

More broadly, Europe is lagging behind other powers in terms of innovation and the adoption of new digital technologies. But digital technologies themselves are also contributing to global uncertainty. The extent to which digital platforms can influence political processes is unclear; but there is ample evidence to suggest that they have amplified social fault lines and made democratic elections easier to exploit. Beneath those fault lines are powerful economic trends, not least the labor-market and income polarization that is observable across the developed economies.

The global economy is undergoing a major transition, owing to the rise of emerging economies, especially in Asia, and the digital transformation of business models and global supply chains. Services constitute a growing share of global trade, and the search is on for new sources of comparative advantage. The location of final markets and the configuration of supply chains are in flux, or being upended entirely. And while it is obvious that global-governance structures and rules need an overhaul, existing international institutions lack the power to push through such changes on their own, and the governments of the world’s leading economic powers do not seem up to the task.

Taken together, these diverse economic and political trends may or may not lead to another global crisis or sudden stop. Either way, they will sustain a prolonged period of radical uncertainty. Under such conditions, caution may seem like the best policy for companies, investors, consumers, and even governments. But caution carries its own costs: companies and countries that fail to invest enough in, for example, new digital technologies may well fall by the wayside. And as long as the rules and institutions governing the global economy remain in doubt, continued underperformance is to be expected.

This article first appeared in Project Syndicate on March 25, 2019. The views expressed in the reports featured are the author’s own and do not necessarily reflect Asia Global Institute’s editorial policy.