Taking the Politics Out of Development

Keyu Jin outlines reasons for the global community to get behind China's Belt and Road Initiative.

Later this month, Chinese President Xi Jinping will host a summit for many of the leaders of the 65 countries engaged in his "one belt, one road" (OBOR) initiative, a pioneering program that will channel billions of investment dollars toward infrastructure projects across Asia, Africa, and Europe. Despite a strong economic case for the project, reactions have been mixed.

The good news is that such infrastructure can be built in an efficient and cost-effective manner. The key is cooperative efforts that exploit each country's respective comparative advantage, be it capital, technological know-how, logistical or construction capabilities, raw materials, or even industrial goods. Such an approach can jumpstart development in low-income countries, and help emerging economies bypass the dreaded middle-income trap.

This article first appeared in Project Syndicate on May 11, 2017.The views expressed in the reports featured are the author's own and do not necessarily reflect Asia Global Institute's editorial policy. 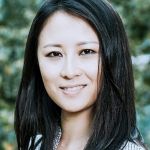