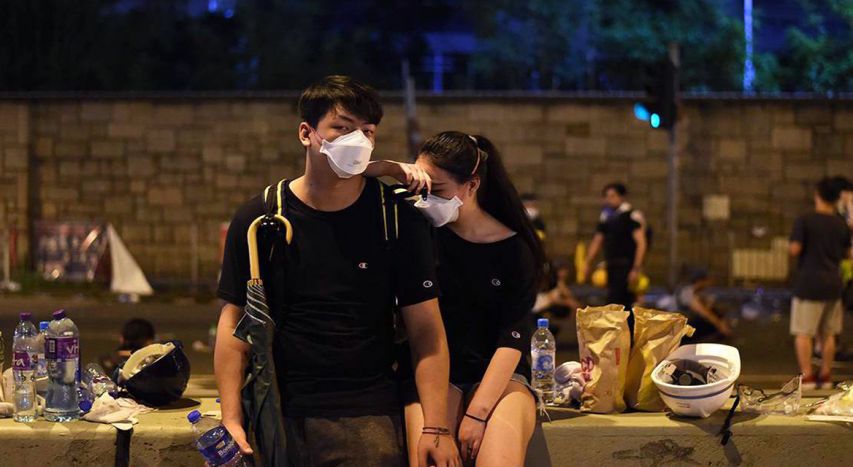 Asia Global Institute's Distinguished Fellow Andrew Sheng and Professor Xiao Geng argue that preserving Hong Kong’s position as a stable and reliable bridge between China and the rest of the world is in everyone’s interest. The first step will be to conduct a serious discussion about how to balance the autonomy promised by “two systems” with the sovereignty guaranteed by “one country.” Hong Kong’s people must make a vital calculation. As the most international part of China, Hong Kong has a major role to play in shaping China’s ongoing global integration and encouraging openness. If it abdicates this role, China’s central government will forge ahead anyway, leaving Hong Kong behind.

HONG KONG – Hong Kong has long been a beacon of inspiration for Asian cities. Highly competitive and connected, it has served as a bridge between East and West, earning it the moniker “Asia’s world city.” But this position is now under threat – and it is Hong Kong’s own fault.

For several months, Hong Kong has been seized by protests that began with a proposed extradition law, aimed at simplifying the process for transferring suspected criminals to Taiwan, mainland China, and Macau. Protesters, as well as many outside observers, viewed the bill, since suspended indefinitely, as a covert effort by China’s central government to establish a legal tool for bringing its perceived enemies into its jurisdiction.

In that sense, the logic goes, the extradition bill would threaten Hong Kong’s liberty and autonomy under the “one country, two systems” principle underpinning the city’s relationship with mainland China since 1997, when Chinese sovereignty was restored in the former British colony. But the logic is wrong.

Extradition arrangements are commonplace; Hong Kong has them with 20 other countries. More important, the Chinese government knows that it is in its own interest to ensure that Hong Kong remains a peaceful and prosperous world city, merging Chinese and Western business practices, governance systems, and ideologies.

That is why China’s central government has granted Hong Kong so many concessions. The city’s residents pay the least tax among Chinese citizens, meaning that they contribute less than their fair share to national public goods in diplomacy, defense, and security. And, extradition law or not, they enjoy the most freedom and autonomy.

But Hong Kong’s advantages are now at risk, largely due to its own insecurities. As several commentators have pointed out, mainland China’s remarkable economic growth and development in recent decades has eroded Hong Kong’s leading position as a center for finance, logistics, and trade.

In 1997, Hong Kong handled half of China’s foreign trade, and its GDPamounted to nearly one-fifth of China’s. It far outperformed Shanghai – mainland China’s most prosperous city – in terms of GDP, per capita income, and shipping volume.

Today, Hong Kong accounts for just one-eighth of China’s trade. In terms of GDP, it now lags behind not only Shanghai, but also Beijing and Shenzhen. In terms of shipping volume, Hong Kong is now outperformed even by the much smaller Chinese city of Ningbo.

Even more frustrating for Hong Kong residents, however, is rising inequalitywithin the city – a trend that has been exacerbated by the world’s highest property prices. Moreover, Hong Kong’s young people are increasingly finding themselves at a disadvantage in international settings, owing to inadequate English and Mandarin skills.

But it is local politics, not China’s central government, that has hampered the provision of more affordable public housing and impeded action to improve skills and employment opportunities. When it comes to Hong Kong’s economic and financial position, Chinese government initiatives should help. In particular, the Greater Bay Area urban cluster, covering nine cities around the Pearl River Delta in Southern Guangdong, plus Hong Kong and Macau, holds great potential. Yet some in Hong Kong are resisting such integration, arguing that it will further erode their political autonomy, economic strength, and local identity.

The question is why Hong Kong’s (largely local) grievances have spurred such large-scale demonstrations. The June 16 protest, for example, drew nearly two million people, making it the largest in the city’s history.

The answer may lie partly in the Internet – or, more precisely, in the digital echo chambers being created by social media. Hardly limited to Hong Kong, the phenomenon was a driving force behind the global wave of demonstrations in 2009-12: the Green Movement in Iran, the Arab Spring uprisings, Occupy Wall Street in the United States, and the anti-austerity protests in Portugal, Spain, and Greece.

In his book Networks of Outrage and Hope: Social Movements in the Internet Age, the social theorist Manuel Castells argues that such “multifaceted rebellions” were driven not so much by poverty, economics, or lack of democracy as by “the humiliation provoked by the cynicism and arrogance of those in power.”

But it was only through networking that such emotions were translated into mass action. Those who felt humiliated by the powerful “ignored political parties, distrusted the media, did not recognize any leadership, and rejected all formal organization.” Instead, they sought to exercise “counter power” by “constructing themselves […] through a process of autonomous communication, free from the control of those holding institutional power.”

Social-media platforms facilitated this process. But in bringing together those with similar perspectives on local issues, they cut them off from opposing views. This fueled polarization, causing fear to be transformed into outrage, and in some cases, “outrage into hope for a better humanity.”

Such activities, together with the expansion of demonstrations into local districts, leave police stretched to their limits. This puts the protesters themselves in danger: last week, dozens of masked men armed with batons attacked travelers returning from a demonstration at a metro station. Forty-five people were hospitalized, with one in critical condition.

In this highly charged and deeply polarized atmosphere, preserving Hong Kong’s position as a stable and reliable bridge between China and the rest of the world will not be easy. But it is in everyone’s interest. The first step will be to conduct a serious discussion about how to balance the autonomy promised by “two systems” with the sovereignty guaranteed by “one country.”

In this process, Hong Kong’s people must make a vital calculation. As the most international part of China, Hong Kong has a major role to play in shaping China’s ongoing global integration and encouraging openness. If it abdicates this role, China’s central government will forge ahead anyway, leaving Hong Kong behind.

This article first appeared in Project Syndicate on July 29, 2019. The views expressed in the reports featured are the author’s own and do not necessarily reflect Asia Global Institute’s editorial policy.