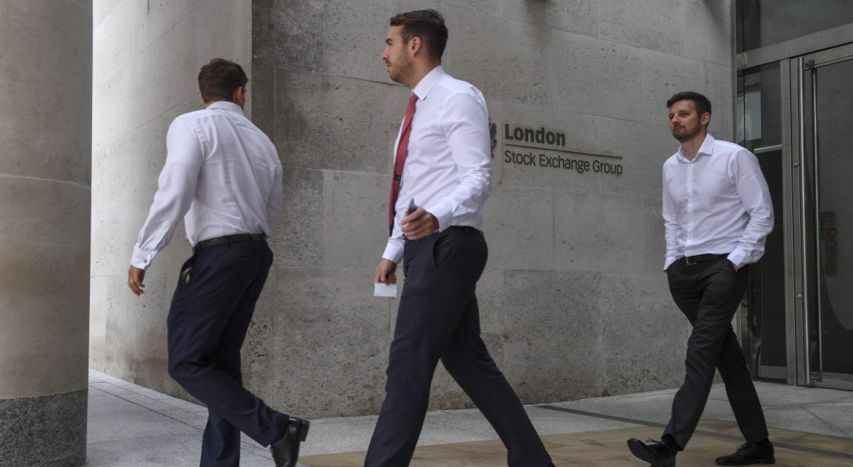 Politics, among other concerns, stands in the way of HKEX’s bid for the London Stock Exchange

HKEX’s audacious US$36.6 billion bid for London Stock Exchange Group raised quite a few eyebrows on Wednesday. Three immediate questions were raised. First, does the bid make sense for shareholders on a commercial basis? Second, what are the strategic considerations for Hong Kong and global financial markets? Third, what are the regulatory and geopolitical hurdles?

My policy is never to make any predictions on the prices or viability of any commercial deal but to let facts speak for themselves. At present prices, HKEX is the third-largest listed exchange in the world with a market cap of US$40 billion, larger than the London Stock Exchange (US$31 billion) but smaller than the CME Group (US$79 billion) and the Intercontinental Exchange Inc (ICE, US$53 billion).

The fact that the LSE share price rose slightly after the bid announcement but remained lower than the bid price by HKEX suggested that LSE shareholders are not particularly enthusiastic. On the other hand, the HKEX price fell slightly as the merged institution would have a lower return on equity than the current level of around 24 per cent (15 per cent for LSE).

As part of the team that pushed for demutualisation of HKEX in 1999/2000, when I was at the Securities and Futures Commission of Hong Kong, it may be useful to recall the logic for its consolidation and eventual listing. The objective then was to merge the stock exchange, the futures exchange and the Hong Kong Securities Clearing Company (HKSCC) into a single holding company that would be listed and lead the way to improving the financial technology infrastructure for capital markets in Hong Kong.

In 2012, HKEX acquired the London Metal Exchange (LME) for £1.4 billion (US$2.2 billion in exchange rates then) to strengthen its commodity trading. By attracting mainland company listings, HKEX has been ranked No 1 in global IPO funds raised in six of the past 10 years.

Since 2000, the financial markets landscape has been profoundly transformed by technology and structural changes. Whereas traditional exchanges would dominate most of the equity trading business, today, alternative trading systems (ATS) account for just under 40 per cent of all equity business.

Brokers today can either fulfill orders through their own books, do an over-the-counter deal with market makers/liquidity providers, or engage in dark pools (off-exchange ATS) that just match deals, cheaper and faster than through traditional exchanges or clearing systems. In the US alone, there are 13 exchanges competing with 33 equity ATS and various over-the-counter platforms.

In short, competition in the exchange business is fierce.

After the 2008 global financial crisis, with financial transactions peaking in most advanced markets, with the exception of the US, the business also changed. The US has maintained its lead over all other equity markets; its market share of roughly 41 per cent of the global market cap in 2005 remains unchanged today.

On the other hand, the Chinese market cap’s global market share has risen dramatically, from 1 per cent to 8.5 per cent, whereas Hong Kong’s share has doubled from 2.6 per cent to 5.1 per cent. This has been mostly due to the equity fundraising of Chinese enterprises. In 2016, Chinese IPOs on the mainland and in Hong Kong accounted for just under one-third of global equity issuance.

Going forward, this trend will continue as Chinese enterprises deleverage and float some of their most innovative companies domestically.

Given that global investment banking and securities market revenues have remained stagnant (in spite of the buoyant US stock market), the large exchanges are looking for strategic ways out of the revenue/scale/technology quandary.

The LSE found its strategic solution through the combination of its exchange trading business with the financial data analytics business Refinitiv, which was carved out from the old Thomson/Reuters data business. In other words, you move out of the financial trading into the data analytics business, where big data and artificial intelligence promise new sources of revenue.

In July, the London bourse made a US$27 billion bid for Refinitiv, which is owned by a consortium of shareholders, including Blackstone, Canada Pension Plan Investment Board, and GIC, Singapore’s sovereign wealth fund. The combined business will be headquartered in London.

Both bids will be subject to regulatory and geopolitical considerations. The LSE-Refinitiv deal will have to satisfy both the competition and financial regulatory authorities in the US, Europe and Britain.

Given that Refinitiv has about 23 per cent of the financial data market, as against the market leader Bloomberg with 33 per cent market share, the competition regulators would be concerned about data security, especially if these are owned by what they would consider to be a Chinese (although Hong Kong) company.

The HKEX bid, however, excludes the Refinitiv part, presumably because it recognises the potential regulatory complications.

The current state of politics in both Britain and Hong Kong further complicate matters. The LSE has had talks on and off with Deutsche Boerse. After Britain’s departure from the EU, it may still make sense for merger talks to continue for access to the euro stock markets.

The US authorities may not be that concerned about the LSE merging with European stock exchanges, but would certainly have a strong view on whether it should be owned or controlled by Hong Kong or mainland Chinese shareholders. Indeed, the fact that the largest shareholder of HKEX is the Hong Kong government, which by law can nominate up to six board directors, may be an area of regulatory contention.

My bottom line is that the days of global exchanges are numbered by both technology and geopolitical concerns. Ultimately, it is all about whether these exchanges can transform their business to extract efficiency and value for their customers, and not just shareholders.

But whether that will satisfy politicians who still see markets from the sovereign perspective, that is another story.

This article first appeared in the South China Morning Post on September 13, 2019. The views expressed in the reports featured are the author's own and do not necessarily reflect Asia Global Institute's editorial policy.