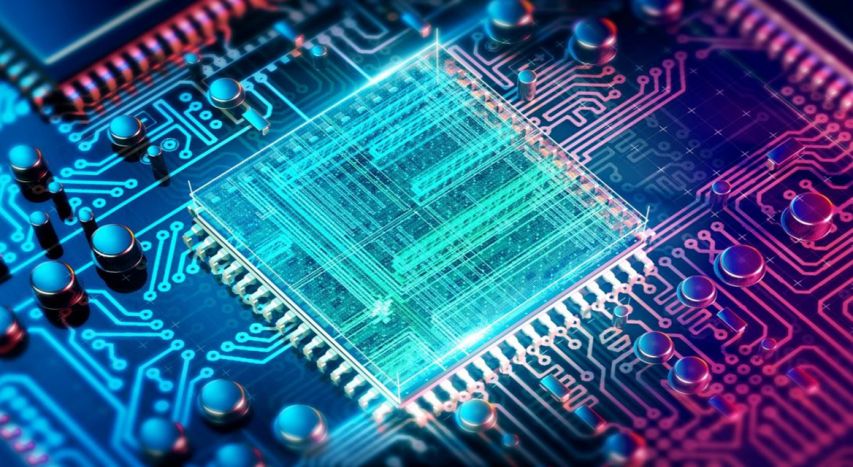 No absolutes, no certainty: welcome to life in a quantum world (aka Trump’s world)

Andrew Sheng, Distinguished Fellow of Asia Global Institute, says the US leader’s erratic behaviour in fact illustrates some of the principles of quantum physics that more accurately describe the physical world and human behaviour. When old rules don’t apply, new thinking is required.

Last year was an exhausting one, but it marked the exhaustion of the old neo-liberal order, willingly dismantled by US President Donald Trump, to the horror of friends and foes alike. We seem to live at the edge of chaos, in which every dawn is broken by tweets that disrupt the status quo. There are no anchors of stability.

Trump discarded staff like changing shirts, and reversed policies without any forewarning to staff or supporters alike. This behaviour was described by Armenian President Armen Sarkissian, a quantum physicist turned politician, as quantum politics.

Most of us use the term quantum to mean anything we cannot understand. The reason we find quantum concepts weird is that they do not conform to normal logic. As Italian physicist Carlo Rovelli explains it, “Reality is not what it seems.”

Human beings live at the macroscopic scale, which we observe from daily life. We like stability and order. But at the beginning of the 20th century, Einstein and Niels Bohr changed the way physicists thought about how nature behaved.

Quantum physics evolved from the study of the behaviour of atoms at the microscopic scale. Order is only one phase in the process of evolution. And, since the 1980s, quantum science has expanded beyond physics to neuroscience, information computing, cryptography and causal modelling, with great practical success.

Like the iPhone, most people don’t know how it works, but quantum mechanics does work in practice.

The first quantum concept is that it is probabilistic, not deterministic. In simple language, there is no such thing as certainty, which classical science, religion and our normal instincts teach us to believe.

Second, Niels Bohr defined a dualistic property of quantum situations called complementarity. Light is both a particle and wave, not either/or.

This concept of complementarity leads to the famous Heisenberg’s uncertainty principle, which basically says that the position and velocity of an object cannot both be measured exactly and simultaneously, even in theory. If everything in the world comprises atoms and photons moving constantly, nothing can be measured exactly – the principle of indeterminacy.

The third concept is relational, in that everything is related to something. There are no absolutes, just as there is no certainty. Everything exists relative to something else.

Quantum entanglement occurs when pairs or groups of particles interact with each other so that the quantum state of each particle is somehow related to the state of the other(s), even across great distances.

This phenomenon is popularly called the butterfly effect, which dramatically says that a butterfly flapping its wings may cause a typhoon across the Pacific. Einstein called entanglement “spookiness at a distance”, and he tried hard to disprove it. But these effects were empirically verified in the 1970s.

Quantum physics is moving to centre stage because quantum information theory led to the invention of quantum computing. Until recently, conventional computers used binary “bits” (one and zero) as the process for calculation of information.

But a quantum computer uses quantum bits, called qubits, which can exist in both states simultaneously, and in so doing, it can process information faster and more securely than conventional computers.

This breakthrough means that quantum computing will transform artificial intelligence, deep learning and advanced technology at a speed, scale and scope that rivals anything we have witnessed in the world of classical computing.

In the information age, knowledge, technology and know-how is more valuable than gold. Central bank monetary creation, as well as cyber-currencies like bitcoin, are quantum money, because the marginal cost of production of such “money” is near zero.We are all so dazzled by such marvellous creations that many investors moved into the alchemy of asset price bubbles. It is no coincidence that the South Sea and tulip bubbles occurred in an era of great “displacement”, when 17th century investors (including Isaac Newton) had no clue how to price massive returns from new companies colonising the South Seas, or the technological rarity of creating a black tulip.

In qubit terms, hard assets and soft/virtual liabilities are “quantumly entangled” with each other. If you can generate quantum liabilities at near zero cost, you can control and increase real assets to the disadvantage of your competitors.

It is therefore no coincidence that the West has moved quickly against Chinese enterprises ZTE and Huawei, because these two have been big developers and users of quantum computing. First, deprive the competitor of access to the hi-tech fast chips that enable quantum computing to perform at speed.

Second, disrupt the management and key talent that would enable such quantum capacity to be put into use. Third, prevent them acquiring market share to an entrenched level, so that you have time to bring your own technology up to speed.

All this suggests that if you think in “Thucydides Trap” terms (a classical arms race to nuclear war), we will all end up in nuclear mutual destruction.

If quantum thinking is a more “natural” way of thinking about our physical world and human behaviour (since our brains appear to neurologically work in quantum terms), then it means we need to get rid of classical thinking and mental traps.

The real challenges to global prosperity and survival are climate change, social injustice, corruption, crime and disruptive technology, but mostly outdated mindsets. We need to think through these challenges in quantum terms, which means new and weird ways of thinking round these obstacles.

Discarding old mindsets is never easy. But mankind has always thrived on getting new solutions to old problems, perhaps this time through a quantum frame of mind. On that optimistic note, Happy New Year to all!

This article first appeared in the South China Morning Post on January 5, 2019. The views expressed in the reports featured are the author's own and do not necessarily reflect Asia Global Institute's editorial policy.