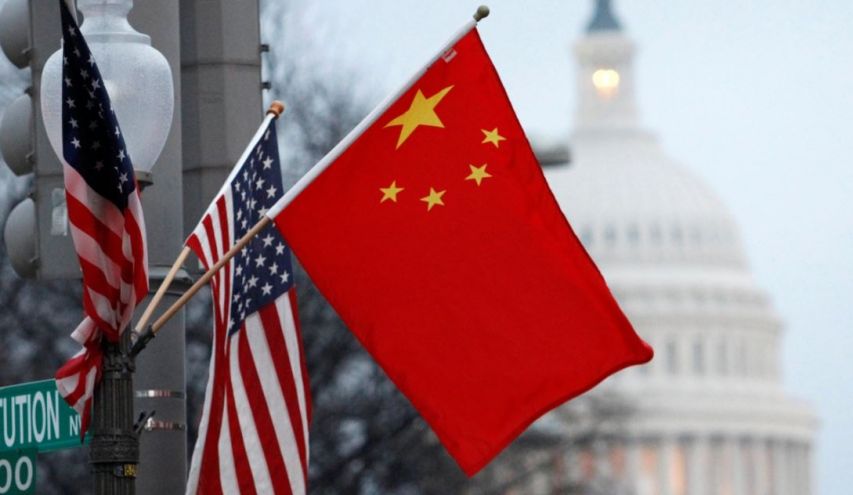 Market volatility is the new normal in our crumbling world order

Andrew Sheng, Distinguished Fellow of Asia Global Institute, says financial markets are now vulnerable to a wider range of shocks, as we grapple with two global forces – the transition from a unipolar to multipolar world, and a divided society in which the elites are dangerously out of touch

At a time when the world is wondering how to make sense of sharp swings in foreign policy, the two Koreas’ historic rapprochement must bring a great sense of relief for anyone who cares about peace.

The sense of insecurity is most acutely felt in America. The fact that former FBI chief James Comey has come out openly to say that his serving president is “morally unfit” for office says a lot about how the line has been drawn between those who want to stay in power and those who think America is heading in the wrong direction.

The rest of the world is disoriented precisely because the old order is changing – all is not well under heaven. All we know is that what is replacing it is going to be very different.

Last year, financial markets returned best results from the romance of tax cuts and the promise of tech, even as economies around the world were beginning to recover under their own steam. This year, the International Monetary Fund’s spring meetings suggest that the recovery will continue, but dark clouds are looming, such as the unsustainable US fiscal and trade deficits.

Of the two most important “signals” that I have discerned when thinking about the future, the first is understood but not fully accepted. In the post-war order, the United States was the centre or pivot of the world, with global institutions, such as the Bretton Woods IMF and World Bank, the United Nations and the World Trade Organisation, underpinning that world order.

Today, all under heaven is in disarray because the US itself is undergoing a massive political change. Since 1776, America has essentially been a two-party state, with general swings of opinion from inward-looking protectionism to outward-looking imperial ambitions. But since the second world war, when the US finally emerged as the dominant power without equal, it has stood at the centre of the rules-based liberal world order that not only served global interests, but also its own interests. Donald Trump’s election showed that this view has changed. Fundamentally, Trump understands that further increases in military expenditure without returns are not sustainable, nor are US trade and fiscal deficits. Hence, the demands are now elevated for all, allies and foes alike.

This explains why Shinzo Abe did not have a comfortable weekend in Mar-a-Lago. The US has demands on Japan that Abe may not be able to deliver.

The easiest historical parallel is the period of the Reformation (1517-1648), when the dominant Catholic Church was debating key issues – including the church’s dogma that the Earth was at the centre of the universe – with different contenders. The Reformation occurred not because of religious differences (although there were many), but because fundamentally the English, Dutch and new European powers wanted secular freedom from Rome.

When the Earth is no longer at the centre of the universe, as discovered by Galileo, then everything becomes relative. There is no absolute power, or absolute rights and wrongs. That is what is happening when we switch from a unipolar to a multipolar order. A new period of bargaining and jockeying for positioning is occurring worldwide.

The second signal – also obscured by too much noise – is the fact that the elites are now increasingly out of touch with what the masses are thinking.

By the elites, I would include academia and media, who basically repeat their idealistic picture of the world, but completely ignore the dark side of free markets – crime, predatory behaviour, and corruption and vices that the majority have to deal with. The majority are voting in leaders who they think are brave enough to deal with these major social issues.

The elites call this the rise of populism – essentially a revolt against the establishment. Trump’s supporters sent him to the White House to disrupt the status quo, and the more he disrupts it, the more they support him. He will not back down from his electoral promises. The more the media and the Democrats attack Trump personally, the more they feed the media frenzy, which makes money for the media, but confusion reigns for all.

On the former, there are increasing signs that we have already passed the trough in interest rates and that they will continue to go up. The US 10-year Treasury bond yield has just touched 3 per cent. Fund managers are all looking for better yields.

One tends to forget that a reason why US interest rates have remained low over the past two decades is the “glut” in savings from the emerging markets, including the oil producers. That “glut’ has now disappeared as even China’s current account surplus has declined to less than 1.4 per cent of gross domestic product, and Middle East oil producers are struggling to balance their budgets. The surplus has shifted to Europe, which recorded a current account surplus of 3.5 per cent of GDP.

This is why politics in Europe will shape growth in the coming months. If Germany and France cannot agree on reflation, and the European economy slides backwards, then the populist politics will get even uglier.

Taking these two key signals together, I would expect a much wider range of shocks to the financial markets than has been the norm so far. The choices within Asia are essentially between defending the stability of the exchange rate as the dollar strengthens, or the pain of higher interest rates.

This article first appeared in the South China Morning Post on April 27, 2018. The views expressed in the reports featured are the author's own and do not necessarily reflect Asia Global Institute's editorial policy.