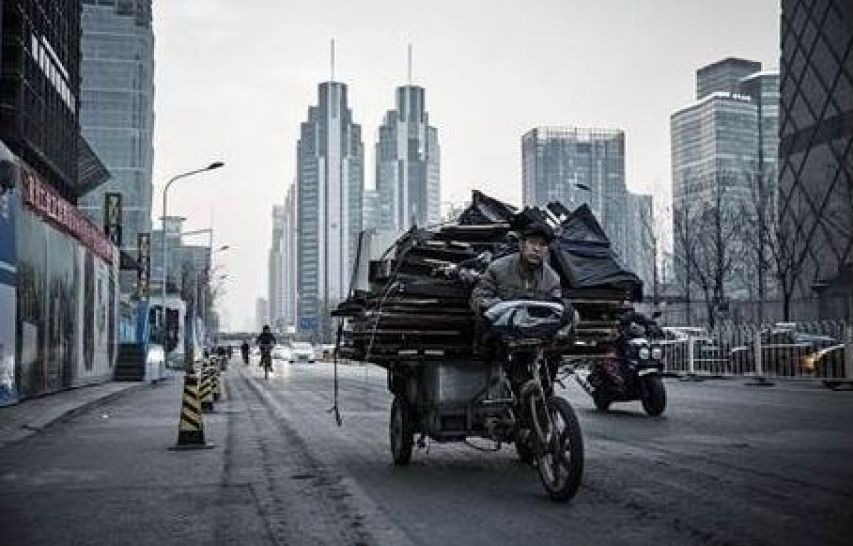 Managing Debt in an Overleveraged World

MILAN – What ever happened to deleveraging? In the years since the 2008 global financial crisis, austerity and balance-sheet repair have been the watchwords of the global economy. And yet today, more than ever, debt is fueling concern about growth prospects worldwide.

The McKinsey Global Institute, in a study of post-crisis debt trends, notes that gross debt has increased about $60 trillion - or 75% of global GDP - since 2008. China's debt, for example, has increased fourfold since 2007, and its debt-to-GDP ratio is some 282% - higher than in many other major economies, including the United States.

A global economy that is levering up, while unable to generate enough aggregate demand to achieve potential growth, is on a risky path. But to assess how risky, several factors must be considered.

First, one must consider the composition of the debt across sectors (household, government, non-financial corporate, and the financial sector). After all, distress in these sectors has very different effects on the broader economy.

As it turns out, economies with similar and relatively high levels of gross debt relative to GDP exhibit sharp differences when it comes to the composition of the debt. Excessive household debt is particularly risky, because a shock in the price of assets (especially real estate) translates quickly into reduced consumption, as it weakens growth, employment, and investment. Recovery from such a shock is a long process.

The second factor to consider is nominal growth – that is, real growth plus inflation. Today, real growth is subdued and may even be slowing, while inflation is below target in most places, with some economies even facing the risk of deflation. Because debt is a liability for borrowers and an asset for creditors, these trends have divergent effects, increasing value for the asset holder, while increasing the liability of the debtor. The problem is that, in a low-growth environment, the probability of some form of default rises considerably. In that case, nobody wins.

The third key factor for assessing the risk of growing debt is monetary policy and interest rates. Though no one knows exactly what a “normal” interest-rate environment might look like in the post-crisis world, it is reasonable to assume that it will not look like it does today, when many economies are keeping rates near zero and some have even moved into negative territory.

Sovereigns with high and/or rising debt levels may find them sustainable now, given aggressively accommodative monetary policy. Unfortunately, though such accommodation cannot be sustained forever, today’s conditions are often viewed as semi-permanent, creating the illusion of stability and reducing the incentive to undertake difficult reforms that promote future growth.

The final, and arguably most important, factor shaping debt risk relates to investment. Increasing debt to sustain current consumption, whether in the household or government sector, is rightly viewed as an unsustainable element of a growth pattern. Here, China’s case is instructive.

In a sense, the frequent refrain that China’s debt is on an unsustainable path is true. After all, high levels of debt increase vulnerability to negative shocks. But, in another sense, this misses the point.

Many governments nowadays are accumulating debt in order to buttress public or private consumption. This approach, if overused, can amount to borrowing future demand; in that case, it is clearly unsustainable. But, if used as a transitional measure to help jump-start an economy or to provide a buffer from negative demand shocks, such efforts can be highly beneficial.

Moreover, in a relatively high-growth economy, ostensibly high debt levels are not necessarily a problem, as long as that debt is being used to fund investments that either yield high returns or create assets worth more than the debt. In the case of sovereign debt, the return on investment can be viewed as the increment to future growth.

The good news is that, in China, much of the accumulated leverage has indeed been used to fund investment, which in principle creates assets that will augment future growth. (Whether the results of the government’s recent decision to increase the fiscal deficit to stimulate the economy follow this long-term growth-enhancing pattern remains to be seen.)

The bad news is that directed lending and the relaxation of credit standards in China, particularly after the crisis, have led to investment in assets in real estate and heavy industry with a value well below the cost of creating them. The return on them is negative.

China’s so-called debt problem is thus not really a debt problem, but an investment problem. To address it, China must reform its investment and financial systems, so that low- or negative-return investments are screened out more reliably. That means tackling the mispricing of risk that results from the government’s backing of the country’s state-owned banks (which surely could not be allowed to fail).

Many developed countries are also failing to invest in high-return assets, but for a different reason: Their tight budgets and rising debts are preventing them from investing much at all. As this weakens growth and reduces inflation, the speed at which their sovereign-debt ratios can be reduced declines considerably.

In order to spur growth and employment, these economies must start paying closer attention to the kind of debt they accumulate. If the debt is financing growth-promoting investment, it may be a very good idea. If, however, it is financing “current operations” and raising short-term aggregate demand, it is highly risky.

Of course, the situation is not cut and dried. The return to public investment is affected by the presence or absence of complementary reforms, which vary from country to country. And there is some potential for abuse, with expenditures being misclassified as investments.

Yet, in an environment of low long-term interest rates and deficient short-term aggregate demand (which means there is little risk of crowding out the private sector), it is a mistake not to relax fiscal constraints for investment. In fact, the right kind of public investment would probably spur more private-sector investment. Identifying such investment is where today’s debt debate should be.

This article first appeared on Project Syndicate on April 27, 2016.