Macron and a Multi-Need Europe

Europe cannot afford to be complacent, even after Emmanuel Macron's victory in France, as WEF Founder and Executive Chairman Klaus Schwab writes.

Emmanuel Macron's victory in the French presidential election is the surest sign yet that after a series of crises and setbacks, Europe may be regaining some semblance of self-confidence. But renewed confidence must not lead to resumed complacency.

With Macron, France's center has fended off electoral assaults from both sides. But the vigor of those assaults shows how precarious the European Union's circumstances remain. And, though there is broad recognition that bold action is urgently needed, there is no agreement on what action to take.

The approach that has dominated EU reform debates is the creation of a "multi-speed Europe." The idea is that, in lieu of an agreement on when and how to reach some optimal level of integration, each EU member country should be allowed to progress toward integration at its own rate, with a set of vanguard countries driving progress.

This article first appeared in Project Syndicate on May 8, 2017.The views expressed in the reports featured are the author's own and do not necessarily reflect Asia Global Institute's editorial policy. 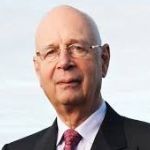