In Conversation with Michael Spence and Fred Hu: On China’s Leadership in the G20

Q: What is behind the call for more national reform and growth policies?

In much of the global economy, country-level growth policies have become excessively reliant on monetary accommodation and have been ineffective to varying degrees, because of the absence of fundamental reforms and complementary policies focused on aggregate demand, distribution, structure and investment. The actual economic performance following the last crisis is well short of expectations. We have seen low and declining growth caused by strategies which might have been aimed at restoring sustainable growth patterns, but which have also been unbalanced, incomplete and anemic. Excess debt in the developed countries has inevitably produced an extended period of demand-constrained growth. At the same time, reforms are faltering from Euroland to Japan, and we are seeing an ongoing, complex and still incomplete adaptation to digital technologies and globalization. This weakness in demand in developed countries and slow growth has spread to the rest of the global economy via diminished trade. In the midst of all this, India has battled to deliver reform promises and China is in a complex middle-income transition moving to different growth drivers and patterns; developing countries benefited for a while from rising commodity prices and low cost external capital, but the reversal of these factors has produced slower growth and fiscal imbalances. There is now a need to build more durable foundations for growth.

Q: Can you identify problem areas that are specific to countries within the G-20?

In the US we see suboptimal public and private investment, rising inequality and a growing challenge in terms of human capital and skills in the labor force, as disruptive technologies rapidly change the structure of the economy.

In parts of Europe, there is a largely unaddressed agenda of liberalization of labor and product/service markets, the absence of which adversely affects investment and productivity. There are also balance sheet problems in the financial sector, and a structure in the Eurozone that is short on adjustment mechanisms. Inflation below target is particularly problematic in Europe, because, without exchange rate mechanism, it slows down competitive and fiscal adjustments.

Japan is fiscally constrained and appears to be relying mainly on aggressive monetary policy in lieu of structural reforms. It is the country with the strongest demographic headwinds to deal with. Public debt is seemingly on course to reach 250% of GDP or above.

Developing countries are too heterogeneous to allow simple generalizations. With a few exceptions, growth has slowed sharply. Fiscal and financial stresses have increased. In part this is traceable to weak growth in the large middle and high-income counties. In addition, many commodity exporters face fiscal imbalances, currency instability, and growth challenges caused by the very large drop in commodity prices, combined with uncertainty about the future trajectory of these prices. Over reliance on low cost but volatile capital flows seeking yield has also contributed to vulnerabilities.

What role can the G20 under China play, that might kick-start this reform process?

First it can state clearly and forcefully that the current growth patterns and supporting policies, within countries and across the global economy, are not working and will not work; and that if these policies are continued, they will lead to deteriorating performance and rising risk.

Second, the G20 can agree and state that restoring sustainable and inclusive growth patterns depends on credible and reasonably comprehensive policies at the country level (including the EU and Eurozone) to address the varying impediments to growth. Further, if these policies are forthcoming, there will be broad benefits to all countries.

Third, the G20 can help set reasonable expectations. The growth challenges cannot be dealt with in on short time horizon. Attempts to do so will produce extensions of unsustainable growth patterns and rising risk. Increasing the robustness of growth patterns and policies will take time, and require farsighted leadership and political skill. The target should be a sustained effort designed to achieve elevated and sustainable growth on a 5-10 year time horizon. Monetary policy support cannot be withdrawn suddenly because that would risk extreme financial distress and volatility. But monetary policy cannot do the job by itself.

Fourth, the G20, as is its mandate, can identify ways in which international cooperation can augment those at the national level. An important focus at this juncture should be investment. China’s new initiative in the AIIB, to channel large pools of savings into productive public sector investment, across Asia and beyond, is a good example. It deserves to be expanded or replicated. Fiscal constraints are widespread with attendant negative effects on public investment. Increased public sector investment will stimulate private investment over time. 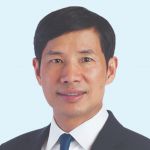