In Conversation with Haipeng Shen: On App Gaming in the Age of Big Data

100 million Play store downloads. A record 100 million Apple Store downloads within the first month of its debut.
There is no denying the phenomenal success of Pokemon Go, the Augmented Reality (AR) game first released by Niantic in early July this year. Despite initial hiccups, mostly involving overworked servers, the game is likely to be seen as a game-changer and a milestone for 2016. But HKU Professor Haipeng Shen who studies big data, says the game carries a caveat emptor that extends beyond distracted driving and the perils of ignoring a gamer’s immediate surroundings.

Q : How much does an app like Pokemon Go rely on big data as a source of information?

Pokemon Go is based on Google Maps and there is a lot of big data involved in that. The app uses geospatial data collected from a previous game called Ingress, which makes use of information players gave about popular spots. These areas are now being used as gyms and Pokestops. Photographs taken by past gamers and users and uploaded are also used to illustrate these areas. Basically, as long as the game makes use of GPS and geospatial locations and tracking movements, and it is using social media platforms like Facebook, Twitter or Instagram, or WeChat in China, then it is using big data.

Q: What kind of data can developers potentially obtain from an app like this?

Let’s look at Pokemon Go in greater detail, and I’ll take my daily routine as an example of the kind of data the app can collect. My son had a summer soccer camp last week. As we left the house and on the way to the camp, he played Pokemon Go until I dropped him off. On my way to the office I picked up the game and played until I reached my office. I worked through lunch, played the game as I got my meal. I dropped off during the afternoon until I left work to go home for dinner. I played on the way to the parking lot until I got in my car to drive home.

While I did this, the developers collected all my data: locations, timings, routes. In fact, they are able to track the entire trajectory of each player, which provides plenty of room for future analytics and opportunities to intervene. The developers may not know what a player did, but they “know” this player. They may not necessarily know who that player is, but somehow, if this data can be augmented with some other data, they can piece together the player’s life, in some sense.

When the game was first launched, developers actually had the information which users provided to Google or Gmail. So if developers can identify that person, that’s where it gets a little scary.

Q: What does Google, which owns Niantic, want with the information?

Developers don’t need to know who the players are. As long as they know the players’ behaviors, where they tend to go, what time of the day, who they are with—I think it creates plenty of opportunity for developers to do business. They can do in-app sales, where players can buy extra lures and other gadgets. Thanks to the behaviors as tracked by the Pokemon Go app, developers can identify places that I like and that I don’t like. Once you have a way of identifying all the places or the trajectory of a player, you can try to think about other things that people might like. If I can predict where someone might be, I can try and make use of that information.

Right now, neither Google, nor the game are using any of that information. But there is bound to be business opportunities that can be taken from this, and it will be interesting to see what developers will make of all this. The game has been downloaded well over 100 million times and that’s a lot of information about a lot of people.

Q: What kind of information can be taken from Pokemon Go?

There is individual information, which is if developers collected enough data, they would be able to tell whether a number of people are using one account, because of the time of day people access the account and the types of activities that users might be involved in. On a granular level, developers can even identify which building, which rooms a gamer works in based on which Pokemon he catches because developers know the location of every Pokemon that is out there.

Q: Is there an oversight system that protects individual information?

Unfortunately not. Mobile phone companies, providers and makers do have access to individual data. But they are not supposed to use it. Who is there to monitor/police this?

I do believe that some apps will try to use individual information. Communication apps are not meant to read into any messages, but there is anecdotal evidence to show that they do, and that they have. We as users are leaving a lot of tracks. There is nothing a gamer can do to mitigate risk associated with the game short of removing it from his or her device, so some people have actually taken the game off their smartphones.

Still and all the app encourages a healthy lifestyle. Once the game started to get popular, people started going out more, walk more, so there is an upside. 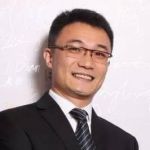