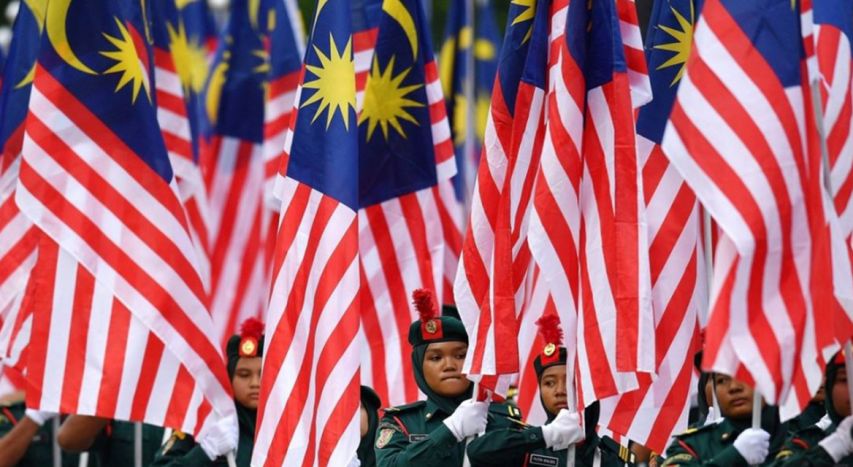 Andrew Sheng, Distinguished Fellow of Asia Global Institute, says on the 55th anniversary of the formation of the Federation of Malaysia, the country must grapple with channelling its diversity into building an inclusive knowledge society.

Was it only 55 years ago when the Federation of Malaysia was formed on September 16, 1963? On that day, I was super proud to witness at the parade ground in Jesselton (today Kota Kinabalu) the formation of an independent nation, with Sabah and Sarawak joining the 11 states of Malaya. One forgets easily today that it was a time of grave uncertainty, when the Philippines had a claim on North Borneo and Indonesian president Sukarno was actively against the idea of Malaysia.

When a country is in its middle age, its citizens could be forgiven for reflecting on those golden days when we did not think we were just Malays, Chinese, Indians, Kadazans, Ibans or Orang Asli. We were simply Malaysians, proud to be rid of colonialism and eager to form a unified, independent nation.

Economically, Malaysia has become, according to McKinsey Global Institute, one of seven “outperformers” that have achieved real per capita gross domestic product growth of more than 3.5 per cent annually for the past 50 years. The other six are China, Hong Kong, Indonesia, Singapore, South Korea and Thailand.

But globalisation has also created inequality, particularly between rural and urban dwellers. Malaysia was one of the first countries to tackle inequality seriously. The New Economic Policy was a pioneering effort to narrow the economic and wealth gap. The policy succeeded in creating a Bumiputra professional class, but it has not succeeded so far in creating a Bumiputra entrepreneurial class.

In Malaysia, identity politics has made nationhood more complex. As political philosopher Francis Fukuyama observed in Foreign Affairs recently, “groups have come to believe that their identities – whether national, religious, ethnic, sexual, gender, or otherwise – are not receiving adequate attention”.

Fukuyama pointed out that multiculturalism “has become a vision of a society fragmented into many small groups with distinct experiences”. The more specialised we become by profession, creed or religion, the more we break up into pockets that do not talk to each other, even when we use the same language. This is true not only in the United States, but almost all across the world.

The central challenge, in Malaysia as in the rest of the world, is “how to define larger and more integrative national identities that take into account the de facto diversity of liberal democratic societies”.

Because Malaysia is both diverse culturally, religiously and ethnically, as well as connected globally, the quality of education has been seriously debated, since education also shapes identity.

To progress, education and re-skilling – how our citizens are equipped for the modern age – will determine what management theorist Peter Drucker called a “knowledge society”. Competitive knowledge defines future growth and prosperity, not the colour of students’ shoes – which the new minister of education chose to focus on.

To Drucker, “the knowledge society, by definition, is a competitive society, with knowledge accessible to everyone”. But widespread knowledge means that aspirations as well as frustrations increase simultaneously. Polarisation occurs precisely because not everyone has benefited from the “knowledge age”.

Success through entrepreneurship comes first from failures. Thus, the willingness to accept failure and yet protect the needy is not just an economic issue, but also a moral and political imperative. How to do this has been the fundamental challenge of building an inclusive yet prosperous society.

Traditionally, the state or the firm have taken care of the social good. But with the rise of free market capitalism, most companies pay lip service to their social responsibilities, focusing mainly on their bottom line. Furthermore, increasing the size of the bureaucracy not only does not deliver the expected quality of social services, but also becomes a source of corruption.

Drucker suggested we need a social sector that enables individuals to help contribute to society through the sphere of community service. What he means is that a community cannot be an artificial concept, but requires all of us to work together daily to solve common problems, not delegate them to another government agency or hope that profit-oriented companies will take care of them for us. That means growth will come from experimental diversity, not from centralisation.

Because Malaysia is a federation, the centralisation of powers has not solved many of the complex problems at the local level. What is needed is more delegation of powers, allowing different communities to experiment.

In 2018, Malaysia voted for change. Thus, the nation would be stronger if the government does less and the communities do more for their own futures.

Since he became minister of education in 1974, then minister of trade and industry and deputy prime minister and twice prime minister, Mahathir Mohamad has shaped Malaysia’s most important policies for 29 years out of 55. With a coalition government of very diverse interests, there is both hope as well as a cacophony of different signals. Amid all the noise, the external environment has become as confusing and dangerous, with the trade war, emerging market crises and geopolitical rivalry.

How the nation will celebrate its 60th birthday depends much on how Mahathir steers Malaysia to set his legacy straight. That is the true Malaysian dilemma.

This article first appeared in the South China Morning Post on September 14, 2018. The views expressed in the reports featured are the author's own and do not necessarily reflect Asia Global Institute's editorial policy.