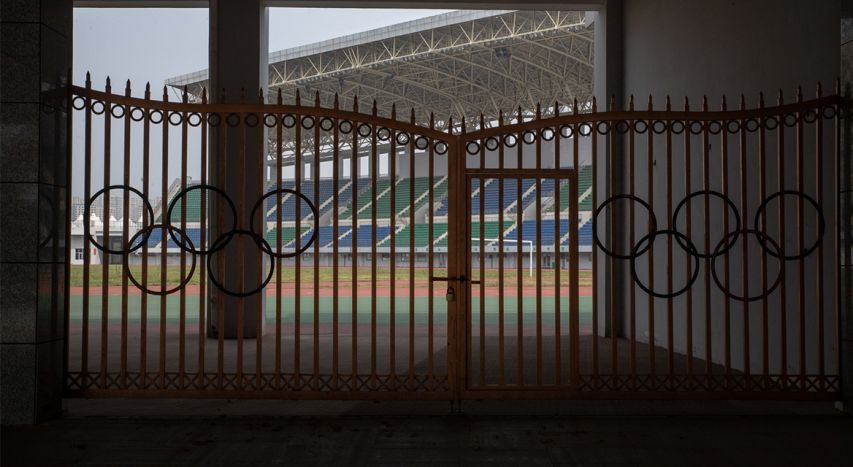 How Bad Is China’s Debt? A City Hospital Is Asking Nurses for Loans

In a New York Times article investigating financing problems in Ruzhou, China, Zhiwu Chen, Director of Asia Global Institute, says of the local government's borrowing problem: "Whether it is a financial lease or trust, they are just all tools for local governments to borrow. Officials stop one today, and they come up with another tool tomorrow.” He believes this is why despite years of talk on curbing local government debts, the problem persists.

The city of Ruzhou spent big, then used its health care workers to raise money, as local governments look for ways to keep the economy going.

RUZHOU, China — When the call came for local doctors and nurses to step up for their troubled community, the emergency wasn’t medical. It was financial.

Ruzhou, a city of one million people in central China, urgently needed a new hospital, their bosses said. To pay for it, the administrators were asking health care workers for loans. If employees didn’t have the money, they were pointed to banks where they could borrow it and then turn it over to the hospital.

China’s doctors and nurses are paid a small fraction of what medical professionals make in the United States. On message boards online and in the local media, many complained that they felt pressured to pony up thousands of dollars they could not afford to give.

“It’s like adding insult to injury,” a message posted to an online government forum said. Others, speaking to state and local media, asked why money from lowly employees was needed to build big-ticket government projects.

Ruzhou is a city with a borrowing problem — and an emblem of the trillions of dollars in debt threatening the Chinese economy.

Local governments borrowed for years to create jobs and keep factories humming. Now China’s economy is slowing to its weakest pace in nearly three decades, but Beijing has kept the lending spigots tight to quell its debt problems.

In response, a growing number of Chinese cities are raising money using hospitals, schools and other institutions. Often they use complicated financial arrangements, like lease agreements or trusts, that stay a step ahead of regulators in Beijing.

“Whether it is a financial lease or trust, they are just all tools for local governments to borrow,” said Chen Zhiwu, director of the Asia Global Institute at the University of Hong Kong. “Officials stop one today, and they come up with another tool tomorrow.”

“That’s why China has been talking about curbing local government debts for many years and it’s still not solved,” Mr. Chen said.

Increasingly these deals are going sour, as they did in Ruzhou, and the loans are going unpaid. Lenders have accused three of Ruzhou’s hospitals and three investment funds tied to the city of not paying back their debts.

Local officials have long used big spending to keep the economy growing. Ruzhou is home to a number of white-elephant projects, including a stadium and sports complex turned e-commerce center, now largely unused. A shantytown redevelopment project, begun four years ago to give rural residents new homes, has been slowed for lack of money, locals said.

Ruzhou officials did not respond to repeated requests for comment. Two employees of The New York Times who traveled to the city were briefly held by the police and forced to leave.

[These days in China, the economy is a sensitive subject.]

The hidden debts of communities like Ruzhou are a major challenge to the Communist Party. They could disrupt the financial system of the world’s second-largest economy if they cause a chain reaction and spill over into other parts of the country and the lives of ordinary people. They also keep Beijing from ramping up lending as a way to juice economic growth.

Nobody is quite sure how big the problem might be. Beijing says the total is about $2.5 trillion. Vincent Zhu, an analyst at Rhodium Group, a research firm, puts the figure at more than $8 trillion.

Ruzhou, a town surrounded by coal mines in Henan Province, borrowed and spent in line with China’s government-driven fads, which helped guarantee that Beijing would pay for much of it.

When Beijing stressed athletics, the city built the sports complex, featuring a 15,466-seat stadium, an indoor basketball court and a convention center complete with an auditorium built in the style of Beijing’s Great Hall of the People.

When technology became a priority for Chinese leaders, Ruzhou relabeled the sports complex as the Big Data and E-Commerce center and built an E-Commerce Mansion overlooking the stadium. Today the buildings that house the basketball court and auditorium stand empty, available to rent for events. During the visit by the Times employees, a break-dance group was inspecting the auditorium as a site for a performance.

In China, building these kinds of projects requires some financial engineering. Local governments have limited power to tax and borrow. They depend on getting funds from the central government and selling land to developers. That’s not always enough.

To borrow more money, many set up investment-fund-type financial companies called local government financing vehicles. They help raise funds for big infrastructure projects without having to record their debts publicly.

In 2008, when the government unleashed a $586 billion economic stimulus package to counter the impact of the global financial crisis, state-owned banks opened the taps and the money flowed into these vehicles.

“You could sit at your desk at your company and banks would come to you and ask if you needed money,” said Gao Yinliang, a deputy director of the financing department of Ruzhou Cultural Investment Limited, one of these vehicles.

Then Beijing had a change of heart. Two years ago, senior officials, worried about hidden government debt, told local governments to clean it up. Beijing officials who control the state-run banking system tightened lending.

With bills to pay, Ruzhou turned to aggressive private banks that provided high-interest financing for public projects tied to the city’s hospitals. The city took out loans worth tens of millions of dollars and soon had trouble paying.

Beginning late last year, these banks sued three of Ruzhou’s hospitals, Ruzhou Cultural Investment and two other government investment funds, saying they had not paid back the more than $45 million they owed. In August, the Cultural Investment fund and the Hospital of Traditional Chinese Medicine were placed on a national government blacklist, which will limit their ability to get loans or strike other kinds of business deals.

Mr. Gao denied being involved in borrowing money. “We were just implicated because we were simply the guarantor of the loans,” he said.

After the hospitals were sued, their administrators began asking doctors and nurses for money.

In a May memo that was reviewed by The Times, local officials urged hospital managers to help support a local investment fund that was selling bonds. “We encourage managers and staff of local hospitals to buy the above-mentioned convertible bonds to support the construction of their own hospitals,” the memo said.

Some hospitals took this to mean employees were required to give money, and managers set quotas.

Doctors and nurses at the traditional Chinese medicine hospital complained to one local state-owned newspaper that they were being ordered to give between $14,000 and $28,000.

At Ruzhou Maternal and Child Health Hospital, nurses and doctors were told they had to invest between $8,500 and $14,000, according to government online forums and state media.

Zhang Yuhang, the director of Ruzhou Hospital of Traditional Chinese Medicine, denied that the fund-raising had ever been mandatory and blamed the hospital itself for misreading government policy.

“It’s all voluntary,” he told the local state-owned newspaper.

It is not clear what will happen to Ruzhou’s unfinished projects in the meantime. Dozens remain half-built, as if parts of the city had been suddenly abandoned.

Across from the e-commerce center, for example, construction appeared to have halted on a four-building cultural complex. A bright red banner hung across one of the buildings.

This article first appeared in The New York Times on November 10, 2019. The views expressed in the reports featured are the author’s own and do not necessarily reflect Asia Global Institute’s editorial policy.