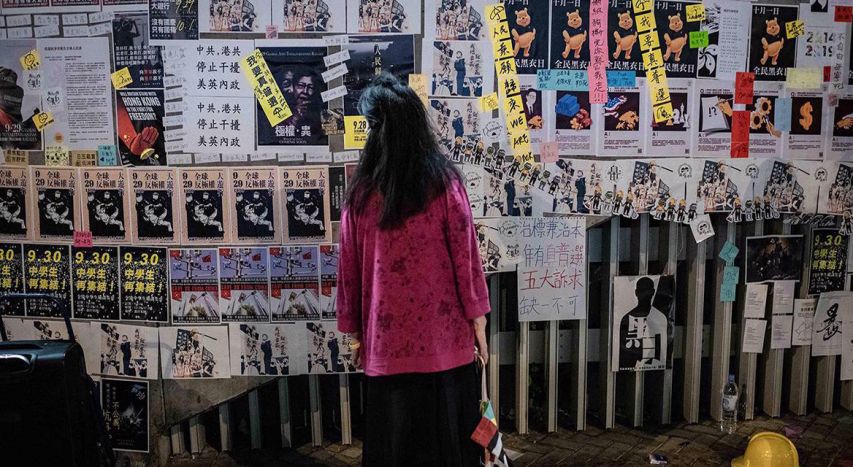 Hong Kong in the Balance

Michael Spence, Advisory Board Co-Chair of Asia Global Institute, thinks all sides need to reaffirm the "one country, two systems" framework enshrined in Chinese law in 1997.

MILAN – Hong Kong has long played an integral role in Asian and global economic development. But its future as a key nerve center for global business and finance is in serious jeopardy, as is its role as a bridge between mainland China and the outside world. Hong Kong has long been a place where global companies are welcome, and disputes are adjudicated impartially, transparently, and according to the rule of law. If that is no longer the case, it represents a tremendous loss for China, for Asia, for global business and finance, and especially for Hong Kong citizens.

Hong Kong has experienced an unprecedented 17 weeks of mostly peaceful demonstrations (occasional episodes of violence have attracted disproportionate media attention). The trigger was a proposed extradition law that many feared would extend the mainland’s reach into Hong Kong’s judicial system. The absence of any plan to bring together various protest groups and the Hong Kong government has become a source of growing concern.

Such a plan would need to do at least two things. First, all parties (including China’s central government in this case), need to recommit to the “one country, two systems” framework. Second, and perhaps more important, a coalition of representatives from government, business, and Hong Kong’s influential financial community should develop an aggressive plan for countering rising inequality and the disappearance of opportunities for those who are already struggling to make ends meet. Affordable housing for younger citizens is an especially urgent need.

Hong Kong is hardly unique in confronting the need to restore inclusive growth patterns. Many high-income economies have experienced years of rising economic inequality, which has been followed by social fragmentation and a broad rejection of established political parties and elites. There is a striking similarity between the Hong Kong demonstrations and the “yellow vest” protests in France, which were triggered by a modest increase in tax on diesel fuel, but driven by a part of the population’s deeper anxieties about economic disparities and declining prospects.

Among the Hong Kong protesters’ demands are that the extradition law be formally withdrawn and that the rallies not be described as “riots.” They also want an independent inquiry into police tactics and brutality, the release of all detained demonstrators, and more control over the selection of their own leaders.

Notably absent from this list is any direct reference to the economic circumstances of Hong Kong’s people. The protesters most likely regard a greater role in choosing Hong Kong’s leaders as a step toward addressing inequality. The widely held perception among ordinary citizens is that Hong Kong’s political and economic elites have been more focused on pleasing the central government in Beijing than on achieving more inclusive growth patterns.

Under these tense conditions, some might view the Greater Bay Area (GBA) plan to develop an integrated regional economy in the Pearl River Delta as another potential encroachment on Hong Kong’s autonomy under the 1997 Basic Law, which established the city as one of two Special Administrative Regions for 50 years. But the GBA could have a tremendous positive impact on Hong Kong and the already dynamic and innovative southern Chinese economy, and many believe that the plan can be implemented in a way that preserves the “one country, two systems” principle. Foreseeable obstacles, such as different rules governing data, should not be insurmountable.

For its part, China’s central government is justified in rejecting demands for full independence for Hong Kong. Only a small minority of the demonstrators supports those demands, which are inconsistent with the Basic Law and the principle of territorial integrity. The leadership in Beijing needs to maintain some role in the selection of Hong Kong’s political leaders, lest it end up having to deal with a vocally pro-independence government, as happens periodically in Taiwan.

China is also justified in worrying about foreign interference in Hong Kong, as any country would be. Requests for foreign support from the United States and Britain by a small subset of the protesters are counterproductive, at best. But China’s central government could help itself by voicing strong support for the principle of “two systems” and backing plans by the Hong Kong government to address distributional concerns and other economic issues.

There is no doubt that the Communist Party of China has exercised greater control over business, the economy, and society in mainland China in recent years. Some of those interventions may have spilled over into Hong Kong, exacerbating the tensions inherent in the “one country, two systems” framework. Chinese leaders now must be extremely careful not to undercut the authority of the Hong Kong government or the city’s fair and impartial judicial system, which has been a crucial asset in attracting business and finance from abroad.

Finally, other countries, including the United States, should stay out of it. Hong Kong is far too valuable to be used as a pawn in a larger confrontation between great powers. And the people who live and work there deserve better.

This article first appeared in Project Syndicate on September 30, 2019. The views expressed in the reports featured are the author’s own and do not necessarily reflect Asia Global Institute’s editorial policy.