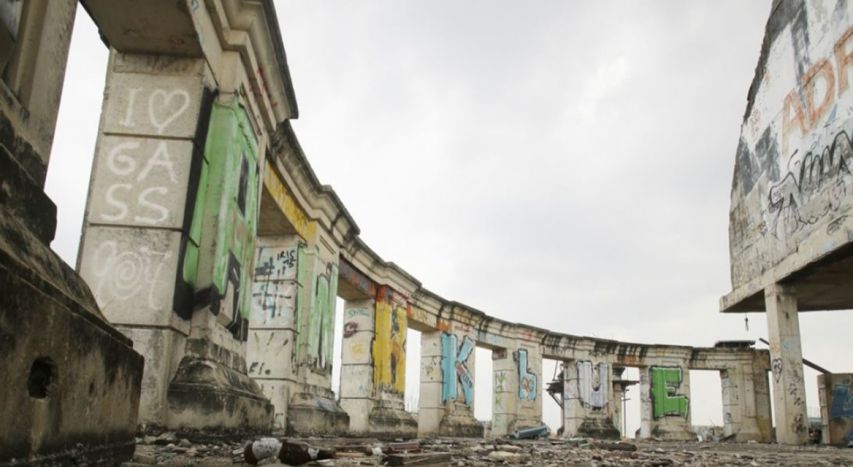 Global finance can be a creator of wealth or a weapon of mass destruction. As a perfect storm looms, is the end nigh?

Andrew Sheng, Distinguished Fellow of Asia Global Institute, says the 2008 financial crisis was a wasted opportunity. Governments failed to act, passing the buck to central banks that pumped money into the global economy and set the scene for the next crisis.

This year marks the 50th anniversary of 1968, when many baby boomers like myself came of age.

I was studying at the University of Bristol that year, as my generation of students was protesting against the Vietnam war in Paris, London and Washington, witnessing the unfolding of the Cultural Revolution in China and embracing the hippie lifestyle. Bristol was hardly the home of liberals, it was a middle-class red-brick university, but student protesters there ended up occupying Senate House just before Christmas.

Two events defined my understanding of how the British establishment worked. First, the police negotiated with the students: they reached an agreement that the students would come out to let the police investigate a bomb scare, and then the students were allowed to re-enter and reoccupy the building.

Second, the police switched off the power, and most students, after braving the cold, went home for Christmas. When I asked my lecturer what his impression was of the “occupation”, he said his only regret was that the power cut had ruined Christmas turkeys for the lecturers. Thanks to humour and tolerance, little damage was done.

Fifty years later, we have a repeat of the generational divide, as millennials go to university and witness an increasingly unequal, polarised world. The White House is still waging war on terror, bogged down in Afghanistan and Iraq, and picking fights with Iran, China and almost every one of its trading partners, allies or not.

In November, there will be a tussle between the Democrats and the Republicans for control of Congress and the Senate. America is deeply divided, just as Britain and Europe are deeply divided and pondering what to do about immigration, technology’s impact on jobs, and the scorching, record-breaking summer.

In 1968, the internet revolution was years away. Mainframe computers were limited almost to one per university, and they had less memory than my iPhone today. At present, social media spreads knowledge and disinformation instantly. Who would have dreamed that you would be able to download a blueprint from the web and make your own 3D-printed gun?

Back then, we were taught at university about the divide between monetarist and Keynesian economics. The former advocated a free market and the latter, lots of government intervention to stimulate aggregate demand. Fifty years on, it is clear both views have their limitations, because they are simplistic models of how the real world works.

The monetarists’ model assumed perfect information and human rationality, ignoring human imperfection and the fact that bureaucracies and institutions have interests of their own. Keynes himself understood uncertainty and the “animal spirits” of human spontaneity, but rapid technology advances, inequality and climate change were hardly on his radar.

Both theories show what I call paradigm blindness, because neither explains nor predicts events in the real world. This is why almost every academic, policymaker or central banker during the 2008 crisis blamed not themselves, but “radical uncertainty”. The lame excuse was that risk models narrowly defined risk as measured volatility, which did not cover uncertainty, and what could not be measured could be ignored.

Monetarists assumed the world was fundamentally stable and, if slightly shocked, would return to normal. Keynesian economists understood uncertainty better, arguing that when the world was stuck in a rut, governments should step in. The invisible hand of the market can be guided by the visible hand of the state. But often, market failure is the result of state failure, bad policies or poor implementation of good policies. The quality of bureaucracies truly matters.

The 2008 financial crisis was a crisis wasted because governments in advanced countries made the fundamental mistake of believing that fiscal deficits prevented them from undertaking structural reforms, so they left it to central bankers to print their way out of trouble.

As a result, the top five central banks in the world have increased their balance sheets from US$6 trillion in 2009 to US$20 trillion, or a quarter of gross world product. Flooding the world with liquidity created massive asset bubbles that benefited mostly the rich and knowledgeable, and inequality exploded. Now that central bankers are exiting quantitative easing, interest rates are about to rise.

The United States is enjoying the longest bull market in history, even as global uncertainty has risen with trade wars, climate change disasters and social discontent. So the grey rhino – a highly likely, high-impact event – is a rise in US interest rates in response to higher inflation. Argentina and Turkey are already facing currency crises, with Argentina’s interest rates rising to 60 per cent. Many will remember the high interest rates during the 1997-8 Asian financial crisis, a contagion that spread to Russia and Brazil.

Over the weekend, the Bank for International Settlements warned of a perfect storm brewing in global financial markets. It is necessary, now more than ever, for politicians to undertake structural reforms, but few have the stomach for making tough decisions that will impact labour markets, bureaucracies and inefficient industries. As European Commission President Jean-Claude Juncker once said, “We all know what to do, we just don't know how to get re-elected after we've done it.”

If no political action is taken, the crisis might resolve itself through devastation. Like a natural disaster, a crisis often wipes out the past so that life starts anew, perhaps with more poverty but also more equality. My generation learned finance could be both a creator of wealth or a weapon of mass destruction. We thought we could have our cake and eat it. It turns out that we have been eating the cake of future generations.

This article first appeared in the South China Morning Post on August 31, 2018. The views expressed in the reports featured are the author's own and do not necessarily reflect Asia Global Institute's editorial policy.