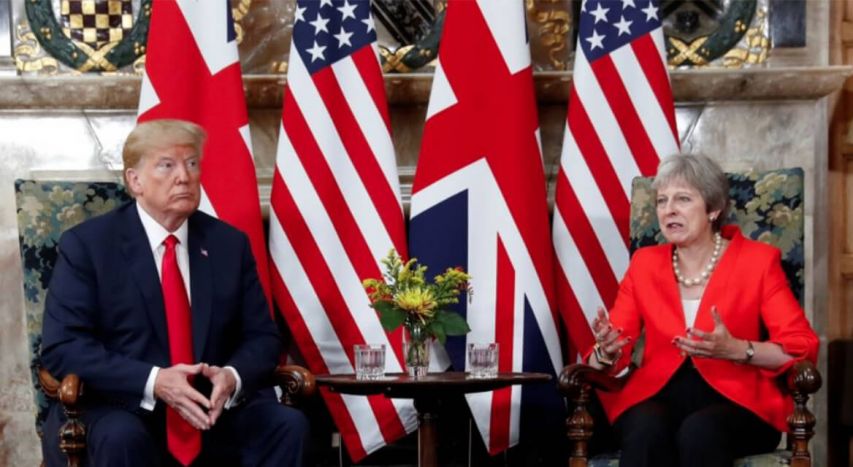 From Donald Trump’s government shutdown to Brexit chaos, is a pattern emerging of women restoring order?

Andrew Sheng, Distinguished Fellow of Asia Global Institute, says climate change and human inequality are the urgent problems political and business leaders should be focusing on. With male leaders ineffectual, and worse, the rise of women offers some hope.

Two years after the election of Donald Trump as US president and the UK referendum on Brexit, we have the bizarre events of a US government shutdown over building a wall at the border with Mexico and the British prime minister’s proposals for Brexit being overwhelmingly rejected.

Walls and votes are hurdles that we need to overcome, but the biggest obstacle is a mental one – how do we prepare ourselves for a phase of chaos?

As Douglass Carmichael, adviser to the Institute for New Economic Thinking, says in his forthcoming book “GardenWorld”, “The conventional thinking is that the problems facing the world are simple road bumps, and after that, life will go back to business as usual.”

But the road ahead may be washed away by flash floods, bombed by terrorists, collapsed by an earthquake or built to go nowhere. Our existential crises are climate change and human inequality leading to nuclear war, but many of us feel helpless about how to address them.

The World Economic Forum’s 2019 Global Risk Report asked whether the world is sleepwalking into a crisis, noting that “we are drifting deeper into global problems from which we will struggle to extricate ourselves”.

The report’s Global Risk Perception Survey, which covers 1,000 stakeholders, reveals an interesting pattern. In 2009, the top global risk in terms of likelihood and impact was “asset price collapse”.

Climate change did not feature in the top five. By 2019, four out of five global risks in terms of impact were associated with climate change: failure of climate change mitigation; extreme weather events; water crises; and natural disasters.

In terms of likelihood, data fraud and cyberattacks were considered the top two risks, in addition to extreme weather, failure of climate mitigation and natural disasters.

However, 91 per cent and 88 per cent of respondents cited “economic confrontations between major powers” and “erosion of multilateral trading rules” as the greatest economic concerns. Businesspeople’s priorities remain economic, rather than the human or planetary issues that threaten their very existence.

Nuclear war and climate change are top-level threats at the existential level, but what we do not see, because it is slower in manifestation, is how climate change, through natural disasters, water stress and other factors, is driving human migration and exposing inequalities that have ramifications way beyond their points of origin.

Droughts lead to disease, food shortages and civil conflicts, creating the wars in the Middle East and North Africa that are driving migration into Europe.

But what the rich cannot see is that these negative effects of climate change, caused largely by unsustainable human consumption of natural resources, have an unequal impact on the poor.

Such inequality gives rise to anger, pushing populist voting patterns and loss of trust in experts, elites and the national and global governance models. The old order is crumbling, and there are still climate change deniers.

Every time there is a collective action trap – the inability to deal with a social and environmental problem – it is the weakest, the poorest and Mother Nature that are sacrificed.

Witness the tax cuts for the rich in the US, even as the “yellow vests” are protesting against French President Emmanuel Macron over austerity measures that the masses have to bear.

In his book “Chaos – Making a New Science”, James Gleick notes that phase transitions – the change of state from solid to liquid, magnet to non-magnet – involve a disorderly transition from the old to new order.

But there are patterns that we can discern from the chaos. The most powerful man in the world is threatening to increase disorder by shutting down the US government to get what he wants while, across the Atlantic, Theresa May is trying to maintain order by pushing through her Brexit plan because she believes it is the best deal for Britain.

One reason she survives is that she is admired for her steadfastness, whereas her indecisive male opposition leader is a worse alternative.

In the US, House of Representatives Speaker Nancy Pelosi is trying to restore orderafter receiving the biggest mandate in the midterm congressional elections since Watergate. The women are revolting, not just against #MeToo abuses, but by gaining power and taking up positions of authority because, for too long, men have been fooling around.

Trump is playing very high stakes Russian roulette, pointing a loaded gun at his government, if not the world.

Despite his claims, Islamic State has not been defeated, because it is a virus that feeds on inequality, much of which stems from water stresses compounded by failing governance wherever the militant group operates.

The fact that the share of districts controlled by the US-supported Afghan government has shrunk from 72 per cent in 2015 to 56 per cent in 2018 means that America is losing the war in the region.

Many on this side of the Pacific feel that the guns are being pointed in our direction to cover up for losses elsewhere. This is not the time for infighting, but to rise above petty politics and work together to address climate change and social inequality.

These are the real bullets in today’s global Russian roulette. No wall, concrete, steel or mental, can save us if we do not face these realities.

A version of this article first appeared in the South China Morning Post on September 18, 2019.