Has the World Trade Organization reached a turning point? Fellow Patrick Low talks about developments that make him believe it has.

Patrick Low will be moderating a session on this topic at AGI's Asia-Global Dialogue 2016. Click here to learn more about the event.

Following its 10th Ministerial conference last week in Nairobi - seen by many as a make or break event - the World Trade Organization lives to fight another day. Some would say its demise was never in prospect because institutions rarely die. But we are talking here about effectiveness, not mere existence.

The failure of the world's premier trade organisation to complete the Doha Round of trade negotiations it launched almost a decade and a half ago has raised doubts about its capacity to conduct its core business.

Many believe that a flagging ability to negotiate would eventually undermine the other functions of the WTO that are working well - notably its dispute settlement system, and monitoring and managing a range of existing agreements on a wide range of trade policies.

This would leave preferential agreements as the only negotiating platform for trade cooperation - hardly a recipe for inclusiveness and shared opportunity if it is the sole forum for defining trade relations.

The pattern of non-delivery on negotiations at the WTO had been broken at the Ninth WTO Ministerial Conference in Bali in 2013 with an agreement on trade facilitation that cuts trade costs by reducing red tape and speeding up administrative transactions.

But Bali left a long list of unresolved negotiating issues, leading Ministers to instruct officials to agree a "clearly defined work programme" for completing the Doha Round within a year. Despite an extension to mid-2015, this mapping task proved impossible.

As a result, governments arrived in Nairobi empty-handed.

The overwhelming assumption was that Nairobi would follow an evolving WTO habit and produce nothing of note. At best, Ministers would kick the can down the road. Even that was not guaranteed.

In the event, a group of mostly industrial countries, led by the United States, changed the game. They rejected the Doha Round mandates as the basis for further negotiations. The argument was that doing the same thing repeatedly would not change the results. Progress was impossible without a reboot.

The very suggestion that the Doha Round mandates were no longer the blueprint for proceeding was roundly opposed by many countries.

Proponents of maintaining the agenda suspected the "drop Doha" brigade of seeking to weaken special treatment provisions for developing countries - particularly the more advanced and larger among them. They also feared that elements of the Doha agenda of importance to them would simply be ignored.

It looked for a time as if this issue would sink the conference. But governments kept talking, and finally cracked a compromise many hours after the scheduled closure of the Conference.

Eventually language was agreed acknowledging that not everyone could buy into a business-as-usual reaffirmation of the Doha Round mandate. At the same time, carefully crafted paragraphs of the Declaration went far enough to allay the fears of the Doha mandate proponents.

Letting go of the Doha mantra may be sufficient to allow the negotiations to proceed. It opens a number of possibilities, such as tackling issues in a different sequence with a modified approach and pocketing incremental results.

Another important Nairobi outcome is that for the first time since the launch of the Doha Round in 2001, new issues not included in the original mandate can be discussed and considered for negotiation. That possibility had been blocked for years by some who insisted that the Doha Round must be finished first.

In a fast changing world, where developments like the growth of the digital economy have become prominent, such a constraint was rendering the WTO increasingly obsolete.

Other results from Nairobi included a prohibition on agricultural export subsidies, improved trading opportunities for the poorest countries, and the elimination of import tariffs on a range of information technology products.

The real question now is whether Nairobi will indeed prove a turning point. Will governments reinvigorate the only institution that seeks to protect the interests of trading nations globally? New seeds of opportunity have been sown. We can only wait to see if they will produce a harvest.

This article first appeared in the South China Morning Post on December 23, 2015 as WTO fighting a battle against irrelevance. 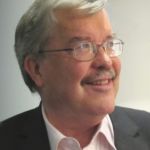