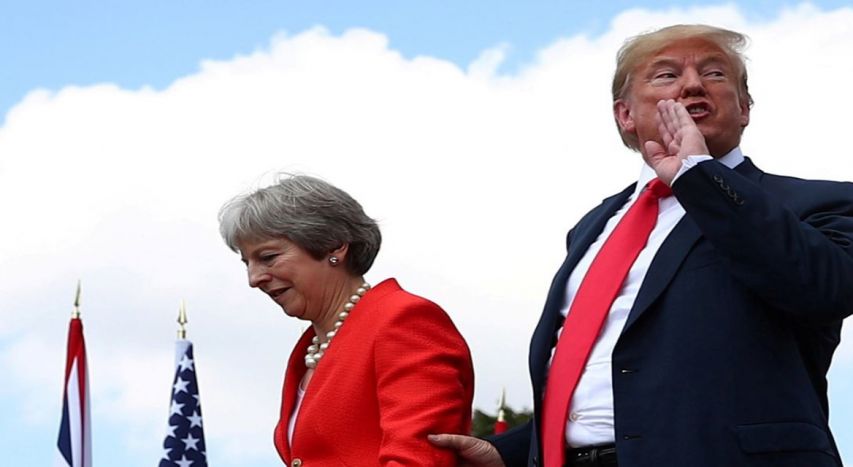 Fake news, cooked books and declining trust – who can we believe when markets and politics corrupt each other?

Andrew Sheng, Distinguished Fellow of Asia Global Institute, says the ongoing decline in institutional trust is caused by the capture of the state by business interests. What’s less clear is the solution.

As the year draws to an end, 2018 was not a year of living dangerously, as most of us want more than ever to live a quiet life. The year has also not been easy for any leader, as British Prime Minister Theresa May knows all too well.

Since the great recession of 2008, competition has been a race to the bottom in almost every sphere, especially politics. As competition guru Michael Porter wrote last year, “competition in the politics industry is failing America”. Polarisation in the United States stems from the two parties trying to outdo each other by distorting the rules of the game in their favour through gerrymandering, political funding and putting partisan interests above public interest.

The capture of party politics by vested interests has corrupted democratic governance across the world, with growing discontent from rising social inequality. When the politicians responded to the global financial crisis of 2008 by letting off bad bankers and instead printing more money, the result was rising asset prices and even greater social polarisation. Once technology and migration threatened jobs, the populist vote for change moved further to both the right and left.

The biggest casualties from the crisis were not in finance but politics, with a loss of public trust in the system as a whole. When “fake news” is thrown around, no one knows who to believe any more.

The Edelman Trust Barometer, which is an online survey in 28 markets with 33,000 respondents, suggested that in 2017 trust was in crisis and in 2018, there was “the battle for truth”.

Interestingly enough, among the general population, trust in institutions (non-governmental organisations, business, government and media) was highest in China, Indonesia and India, whereas trust in the US institutions has fallen 9 percentage points from 52 per cent to 43 per cent. The decline in trust in US institutions is even steeper among the informed public, falling from 68 per cent to 45 per cent. US trust in the media broke down along party lines, with only 27 per cent of Donald Trump voters trusting the media, as opposed to 61 per cent of Hillary Clinton voters.

This capture of the state by the market was simultaneously accompanied by corruption of the market by politics. Funding democratic politics is expensive, with the 2016 elections costing US$6.5 billion. And since government spending comprises 38 per cent of GDP, it was not surprising that businesses seek to influence policies through lobbying and political funding. Consequently, competition in business also became corrupted by competition in politics, with growing concentration in market power. This trend can be seen in many countries.

An illustration of why even professional institutions are now failing the public interest through lack of competition is in the auditing profession. The auditing of corporate information is a public good because fair, reliable and timely information is the lifeblood of markets. Many of the recent corporate failures, which can only increase as the world enters a recessionary period, were due to false and misleading information disclosure. If we cannot even trust basic accounting information, how can investors trust markets?

Amid all the noise of Brexit, the British Competition and Markets Authority (CMA) has published a consultation paper on how to reform the British auditing profession. Earlier in the year, the British government commissioned the Kingman report on the Financial Reporting Council’s (FRC) role in setting the governance standards for UK companies, including the quality of auditing on corporate financial accounts.

The Kingman report essentially suggested that the old FRC does not have the powers and resources to do its job properly, since it is funded by the auditing profession, and not “where necessary feared by those whom it regulates”. Since the council still smacks of the old self-regulatory structure, the report recommended replacement by a fully statutory body, with full powers to do the job properly.

The CMA has finally tackled the unsustainable position of only four auditing firms accounting for the auditing of 97 per cent of the FTSE 350 companies, compared with eight firms in 1987. These audit giants were widely criticised for many corporate failures in the wake of the global financial crisis that started in 2007, but their regulators were always concerned that if any one of them were sanctioned to the degree of failure, the concentration would be made worse.

In its 2018 audit quality review, the FRC found a decline in quality for audit work by all the Big Four, and an “unacceptable deterioration” at one of them. Indeed, the Big Four earned 79 per cent of their revenue from non-audit services, which means there is an underlying tension between profits from providing high-quality audit services versus profits from other services.

The proposed reform involves splitting the audit and non-audit business at the big audit firms, and an innovative “joint audit regime” for FTSE 350 companies. This means that one of the joint auditors will be from the smaller audit firms outside the Big Four.

These reforms suggest that the public agenda is finally shifting towards competition failure as one of the major causes of our present dilemma. If you think about it, in almost every field, competition is now between a handful of giants, be it 5G telecoms, finance, health care, technology, news media, geopolitics or even national parties. The outcome of such “managed competition” often comes at the expense of the less privileged. Some may call such behaviour predatory for the uninformed consumer. There is greater awareness that failure to tackle climate change is hurting the poor and rural areas more than anyone else. The old rules of competition are clearly broken, but there is no clear way of how we can change these rules and who can enforce them fairly.

The market is not working for all, but is the state the right institution to fix these problems, especially if it can be biased towards the few? That is why the new year brings new dangers, and for the optimistic, new hope for change.

This article first appeared in the South China Morning Post on December 22, 2018. The views expressed in the reports featured are the author's own and do not necessarily reflect Asia Global Institute's editorial policy.