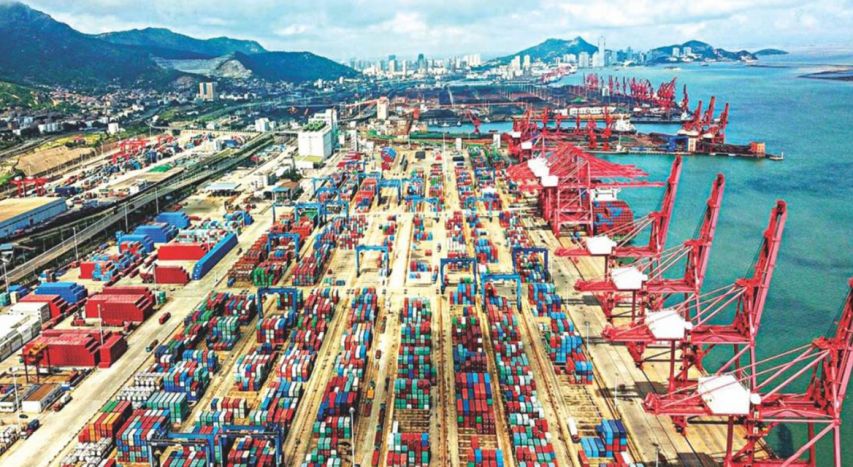 Two major divorces are in the making in March. The obvious one is Brexit, which officially occurs on March 29. The other is the deadline for the US-China trade negotiations on March 1, when US tariffs on USD 200 billion worth of Chinese imports will increase from 10 percent to 25 percent. Even though a trade deal is likely, as both sides want to have a deal and the market is expecting one, this will come down to the wire as the gap in what can be achieved in the deal is still daunting.

Both negotiations have profound implications for years to come. Like all divorces, the disagreements are acrimonious, with second and third-order costs on everyone else involved.

So far, Britain seems to be bracing for a major slowdown, deal or no deal. The British statistics office reported that the British economy grew only 0.2 percent during the fourth quarter of 2018, with growth falling in December.

As Bank of England Governor Mark Carney warned in his global outlook this week, the global expansion is now weakening and risks are intensifying, because global monetary policy has been tightening, trade tensions increasing and China is also slowing. The more important risk he identified is the reversal of globalisation, caused by growing imbalance on the trade side due to the continued US current account deficit, in a situation when the US dollar has been more dominant than ever. Interesting enough, the Chinese are no longer major buyers of dollars, as their foreign exchange reserves have remained flat, whereas going forward the US current account deficit will be funded more than ever by the Japanese (through their quantitative easing) and also the Eurozone. Expect US trade pressure also on Japan and the Eurozone.

The second globalisation risk is social, with greater imbalance in income and wealth in many countries, because the benefits of free trade are shared unequally. Consumers overall benefit from global trade, but many workers in advanced countries have either lost their jobs or seen a fall in real wages.

The third globalisation risk is the loss of control and trust in democracy and sovereignty in many countries. Part of the problem is that barriers to trade have increased three times higher for services than for products. And this hurts countries that are strong in the services trade, such as the United States and the United Kingdom.

This is where the growing protectionism is going to hurt everyone. The Bank of England estimates that an increase in tariffs of 10 percentage points between US and its trading partners would take 2.5 percent of US output and 1 percent off global output through just the trade channel alone. If non-trade factors are taken into account, such as tighter financial conditions, greater uncertainty and permanent tariff increases, the output losses could double to 5 percent for US GDP and half that for global GDP.

It is thus not surprising that despite the recovery in the advanced economies, business sector investments have not increased commensurately. Indeed, UK business investments growth has fallen by 3.7 percent in the last year despite a recovery in growth, profits and accommodative monetary policy.

Carney's conclusion is that “it isn't easy to win a trade war.”

What is true for Brexit is also true for US-China trade disputes.

The barriers to reconciliation are huge, because there are now fundamental differences in outlook, approaches and territorial sovereignty on both sides of the Atlantic, English Channel and the Pacific.

Business confidence cannot be good, because in the case of investors in Britain, no one can predict with any certainty what deal is going to be struck, including the possibility of a no-deal.

Either way, investors will take on a low-risk approach by avoiding long-term investments and sticking to cash. There is little doubt that in the short-run, Britain will be the loser, but with a flexible exchange rate, she will be able to cushion any long-term trade shocks with a competitive sterling.

At the same time, the Eurozone which sells a large portion of its cars and other products to Britain would also have to deal with a trade shock, on top of the internal complexities of keeping the Union intact. The Yellow Vest protests in France has weakened the ability of the French government to negotiate strongly with the Germans on European fiscal discipline issues, at a time when the Italians are now making very different noises from the other partners on austerity, immigration and foreign policy issues.

In the Pacific zone, the longer the US-China trade tensions persist, the worse will be the investment climate overall. The major trading partners of both nations do not wish to make clear partnership choices, given the huge potential size of the China market and limits to the growth in the mature US market.

What is unspoken at the present moment is that if no deal is made, exchange rate flexibility of the RMB cannot be ruled out. No one wants to go this route, because a competitive devaluation as the solution to a trade war can only lead to another global recession that is reminiscent of the 1930s.

So even though the West worries, like Carney, about the risk of China's debt overhang, the reality is that if China truly undertakes the structural reforms that almost everyone agrees on, she will emerge more productive and competitive than before even in the face of higher trade tariffs. With a balanced current account situation, China has both the fiscal space and the monetary policy potential to undertake the necessary structural reforms and reflate domestic consumption at the same time.

This is because even if China buys more from the US, the rest of the world would worry if that increase in imports comes at their expense. All this means that not only is the trade war negative directly for US consumers, it will hurt trade and jobs for the rest of the world.

This is why feuding parties need to be realistic and come to terms that cannot be ideologically pure on either side. For the US hawks to expect that the US can enforce standards on China is as realistic as China enforcing ideas on US hawks. Even for the mightiest military force in the world, to sit down with the Taliban is to admit that the US wins by losing wars.

Negotiations are now down to the wire, without any illusion as anything will be solved in the medium term. As that is the negotiation style in Washington, expect nothing but higher political risks in the near future.

This article appeared in The Daily Star on February 16, 2019. The views expressed in the reports featured are the author's own and do not necessarily reflect Asia Global Institute's editorial policy.